Iconic GTHO to return to TCM at Bathurst

Iconic GTHO to return to TCM at Bathurst 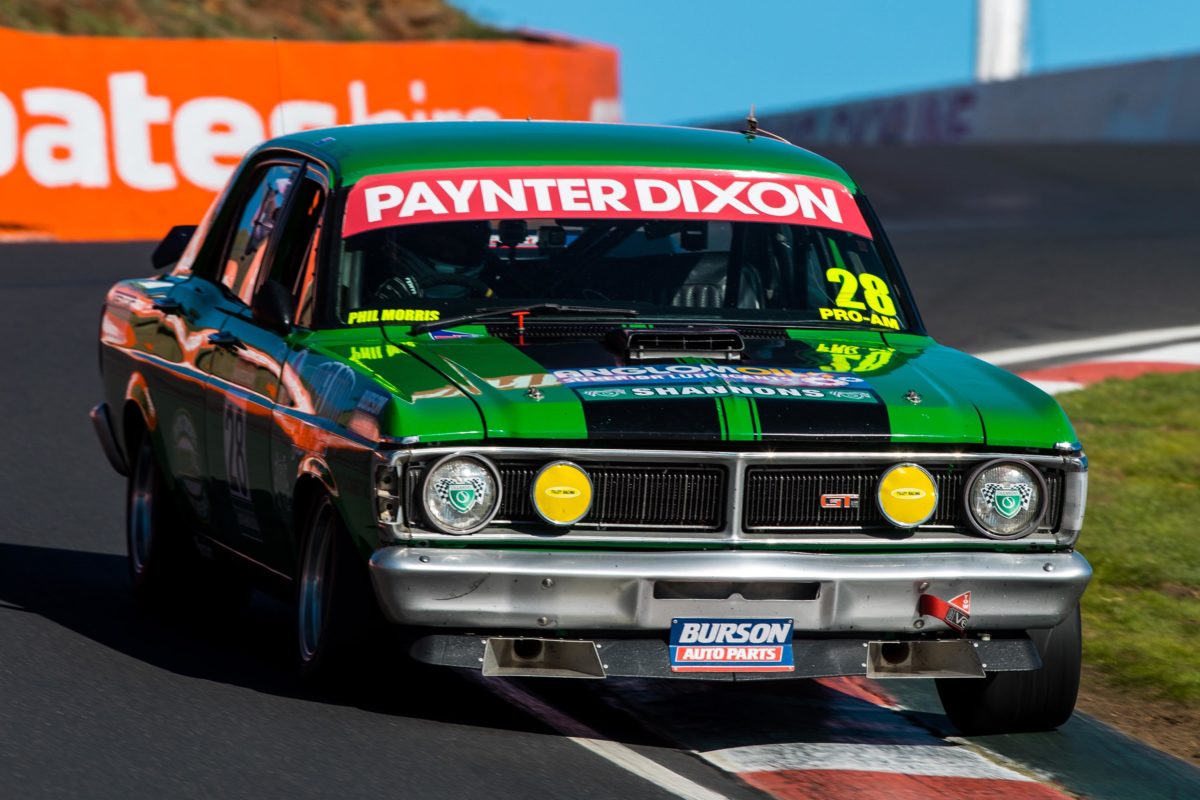 Brad Tilley in the XY GTHO at Bathurst

The GTHO Falcon which won the first ever Gulf Western Oil Touring Car Masters race will be back in the field for this year’s finale at Mount Panorama.

Brad Tilley and his green Ford Falcon XY are back in the series for the first time since 2018, pitting him against son Jamie, who drives a Ford Mustang in the retro category.

“I get a lot out of racing with Jamie, to compete as father and son is a big thing,” said Tilley.

“We live together, work together and go racing together so it’s pretty special.

“And then I was just looking at the car sitting there not doing anything – I was keen to do something!

“It last raced at Newcastle so I wanted to get it out there, and it’s always gone pretty well at Bathurst.

“It’s still in its old specification and miles off where some of the cars are today, but we’ll see how it goes.”

The GTHO’s 13 race wins so far include not only the first in TCM history, at Adelaide in 2007, but also three at Bathurst.

Tilley also won the round at Mount Panorama in 2012 and believes the car, as well as his affinity with ‘commitment’ tracks, explain those results.

“In its day the Falcon was a pretty well-powered car compared to its rivals, so that helped,” he noted.

“But a lot of it is attitude; I love the place, I love the high speed, the commitment and I thrive on what could be considered the ‘more dangerous’ tracks.

“I loved it when we do Newcastle, I loved Canberra. Something that is a hell of a challenge, I love.”

TCM will be on track at the Repco Bathurst 1000 from November 30-December 3.