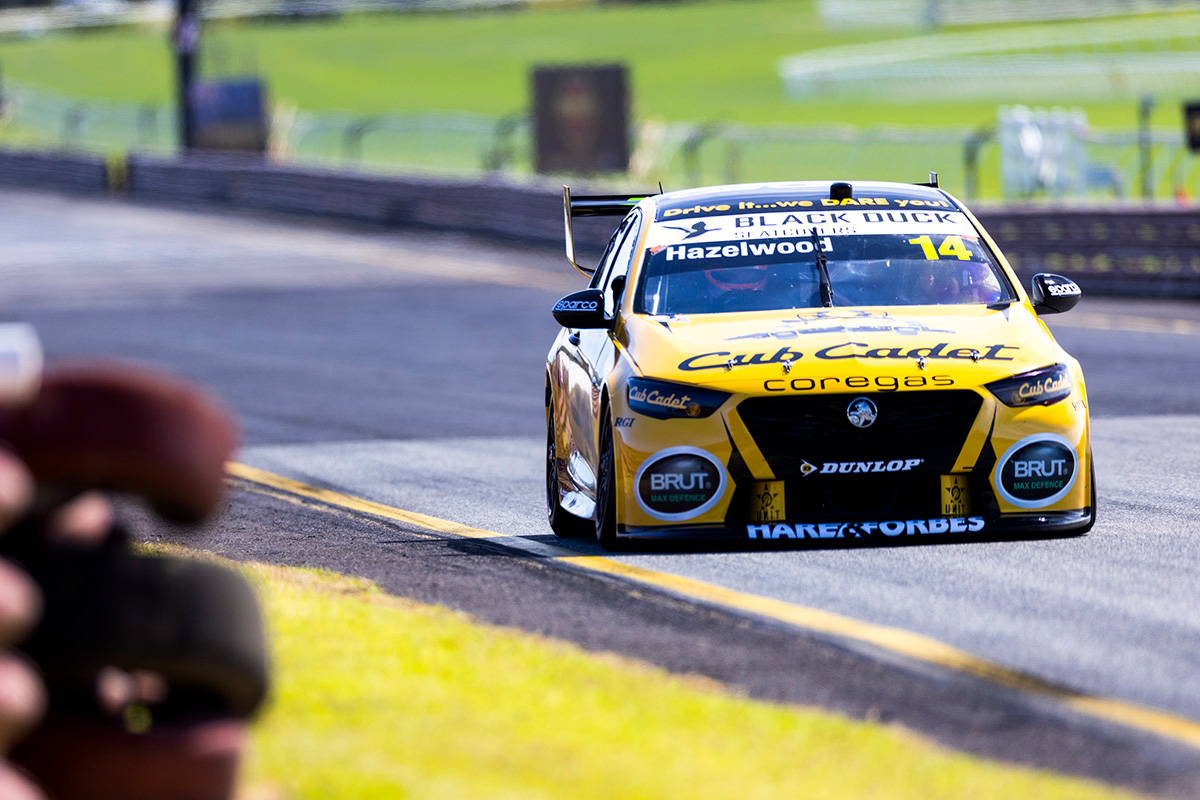 Todd Hazelwood will run in Cub Cadet colours for the remainder of his Brad Jones Racing tenure.

The #14 ZB Commodore has generally run with rolling liveries, but will have consistency through the final three rounds of the season: the BP Ultimate Sydney SuperSprint this weekend, the Beaurepaires Sydney SuperNight next weekend, and the season-ending Repco Bathurst 1000.

“I’m super excited to have Cub Cadet supporting our team once again as naming rights partner for the remaining events of 2021,” Hazelwood said.

“The yellow and black livery just stands out so well and I’m excited to finish this season together on a high.

“We’ve got unfinished business and we’re all working harder than ever to maximise our points in Sydney before the big finale at Bathurst.

“We haven’t had the smoothest run as we would’ve liked over the last couple of weeks but I feel like a big result isn’t far away and we’re ready for the challenge.

“It looks like it could be wild weather once again this weekend, hopefully we can continue to build on our recent form and fight for a podium.”

Hazelwood is coming off a pair of top 10 finishes last weekend at Sydney Motorsport Park.

The 26-year-old will return to Matt Stone Racing next season, teaming up with Jack Le Brocq.