Gardner: ‘Nothing really changes’ in pursuit of Moto2 title

Gardner: ‘Nothing really changes’ in pursuit of Moto2 title 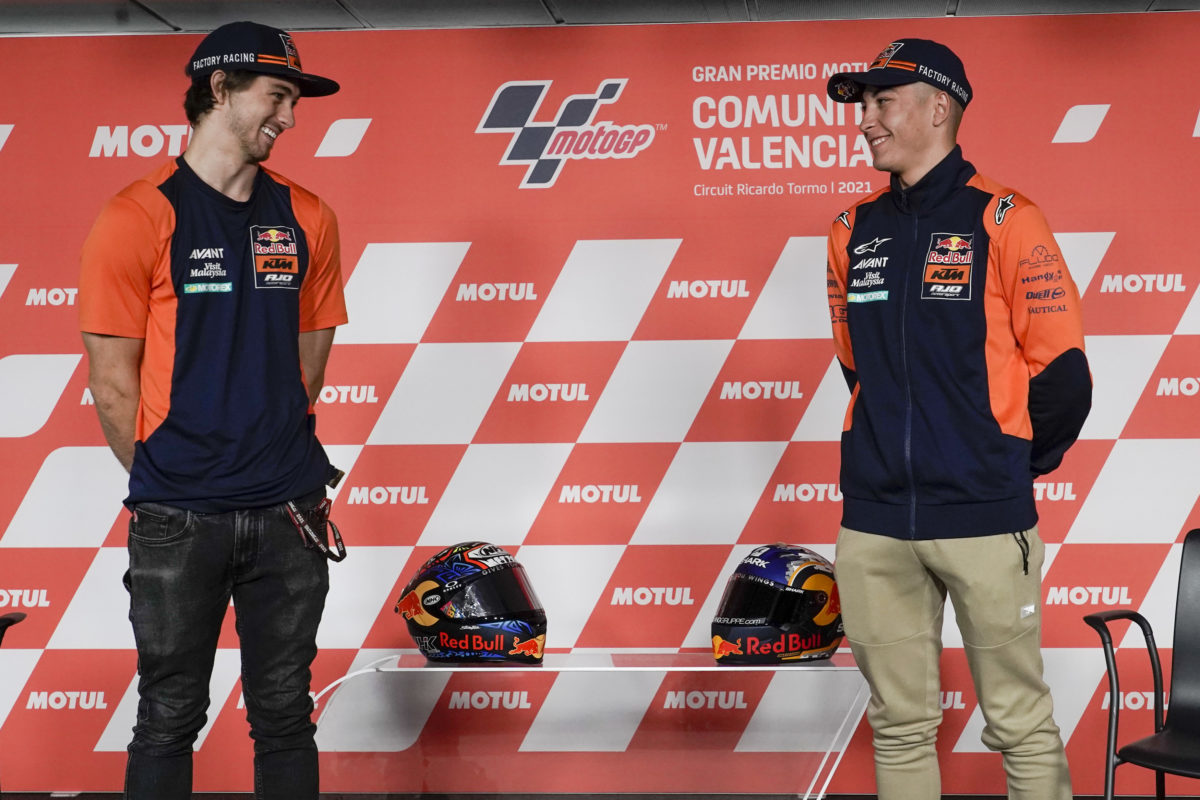 Remy Gardner insists “nothing really changes” as he tries to convert a sizeable championship lead into a Moto2 title this weekend at Valencia.

The Australian holds a 23-point lead over Red Bull KTM Ajo team-mate Raul Fernandez, the only rider who could deny him the crown, with just one round to go in 2021.

With 25 points on offer for a win and 20 for a second place, Fernandez’s equation is a fairly simple one, while Gardner need only finish 13th at the Circuit Ricardo Tormo to guarantee that the championship is his.

Still, the 23-year-old from Sydney is treating the Valencia Grand Prix as a normal weekend.

“I’m not thinking too much [about the championship] and honestly our plan is just to go into the weekend like it’s a normal weekend,” he said.

“Obviously [exercise] a little bit of caution but we still have to qualify good, still have to do a good race and, you know, nothing really changes, and I think that’s the mentality we have to keep.”

Fernandez maintains that the championship is “more or less over”, but still holds a glimmer of hope and will therefore do his utmost to win if the opportunity arises.

“If I have one possibility, I will try to win, because if I am second place, it’s over,” he stated.

“But if I want to try to have any possibility [to win the championship], I need to do the same and try to win [the race].”

However, he is seemingly more concerned about making the most of his last Moto2 start before he and Fernandez make the step up to the Tech3 KTM MotoGP squad.

“It was an important win last Sunday,” said the second-generation rider.

“[It was] A very difficult race physically. I had a few days at home resting up, not too many beers to be honest!

“Just trying to feel a bit better for the weekend. It’s been all good. Taken care of by the girlfriend!”

When question on his ribs, he advised, “I’m feeling OK; my ribs are pretty sore but apart from that I’m OK.

“I’m just going to go out there and have fun because it’s my last Moto2 race, so I’ve got to enjoy it.”