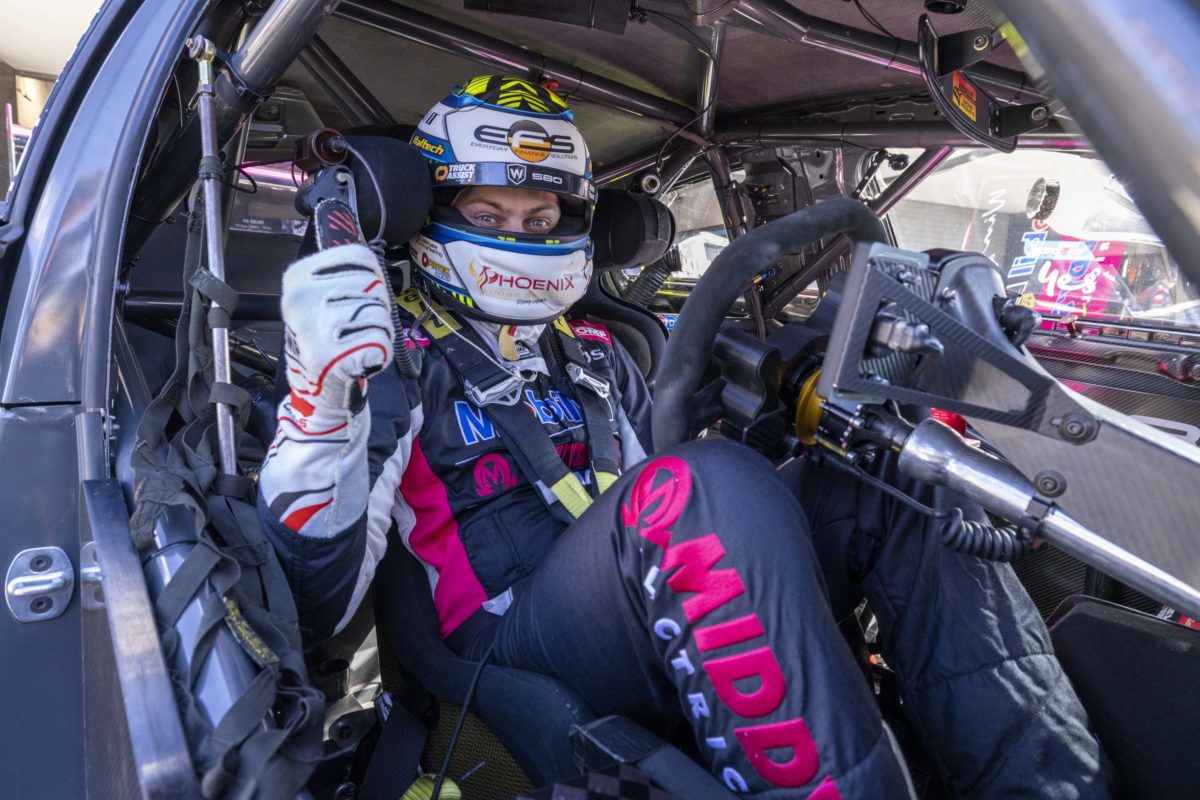 Bryce Fullwood is looking at his move to Brad Jones Racing as a prime opportunity to grow, in a team led by a former driver.

The 23-year-old will race for the Albury-based squad in next year’s Repco Supercars Championship in what has turned out to be a swap with Nick Percat, who is on his way to Walkinshaw Andretti United.

The 2022 campaign will be Percat’s ninth as a full-timer driver, and his signing is said by co-owner Ryan Walkinshaw to be a key part of the Clayton team’s ambitions to topple Triple Eight Race Engineering.

Ironically, the South Australian found himself on the outer at Walkinshaw Racing squad due to a Racing Entitlements Contract squeeze at the end of his rookie season, and went on to experience two up-and-down seasons at Lucas Dumbrell Motorsport.

However, after what he has shown in almost five years now at BJR, including multiple race wins and a maiden Supercars Championship pole position, he is considered a ready-made title contender by the team to which he is returning.

Fullwood, with not quite two full seasons in the top tier of Supercars under his belt, sees the potential for a similar development path under Brad Jones, a man who can lay claim to multiple Australian Super Touring Championship and AUSCAR titles, as well as several Bathurst 1000 podiums, as a driver.

“Brad, he’s a racer, and he’s been there and done it before himself, and he’s seen people grow,” the 2019 Dunlop Super2 Series winner told Speedcafe.com.

“Talking to him, his goal is to help sort of shape me into a better race car driver.

“Obviously, Walkinshaw Andretti United, they want to be a big-hitting team.

“The goal bringing me and Chaz in was they wanted to make big changes and they wanted to be a championship-contending team and they’re not going to stop at any cost.

“Obviously they’ve made the change they have, obviously they want to put Nick in, who’s further up his career, and that’s all fine and well.

“It doesn’t mean to say in two years’ time I can’t be there and I can’t do a better job, but that’s just the way it is, and this industry’s a cutthroat sport.

Percat went from 19th in the championship in his first season at BJR to 10th in 2018, ninth in 2019, and seventh last year, and currently holds seventh in the standings again.

Fullwood thinks he can emulate that sort of form, while working with a boss with whom he already has a strong connection.

“The goals remain the same; I want to be a consistent top 10 contender and mix my way into the top five,” explained the Territorian.

“Obviously, they’re going well [at Sydney Motorsport Park lately], their cars are fast, so that’s good on them.

“But, I’m looking forward to a new chapter for me in my career, and Brad’s always been a massive supporter of mine behind the scenes.

“Probably a lot of people don’t actually know, but he’s been a really good soundboard for me, and a quite honest sort of guy that I could call at any stage.

“I’ve been very lucky to have his support for a long time, so it’s kind of fitting that I’m going to go race for him now, because I’ve never actually raced for him.”

In addition to Fullwood’s arrival at BJR next year, Andre Heimgartner linking up with the team with which he contested two enduro events in 2017, while Macauley Jones and Jack Smith are likely staying on in the other two entries which it fields.

The 2021 Supercars Championship continues with Event 10 of the season, the BP Ultimate Sydney SuperSprint, from tomorrow.