Surprise option on standby to replace Reynolds at Bathurst

Surprise option on standby to replace Reynolds at Bathurst 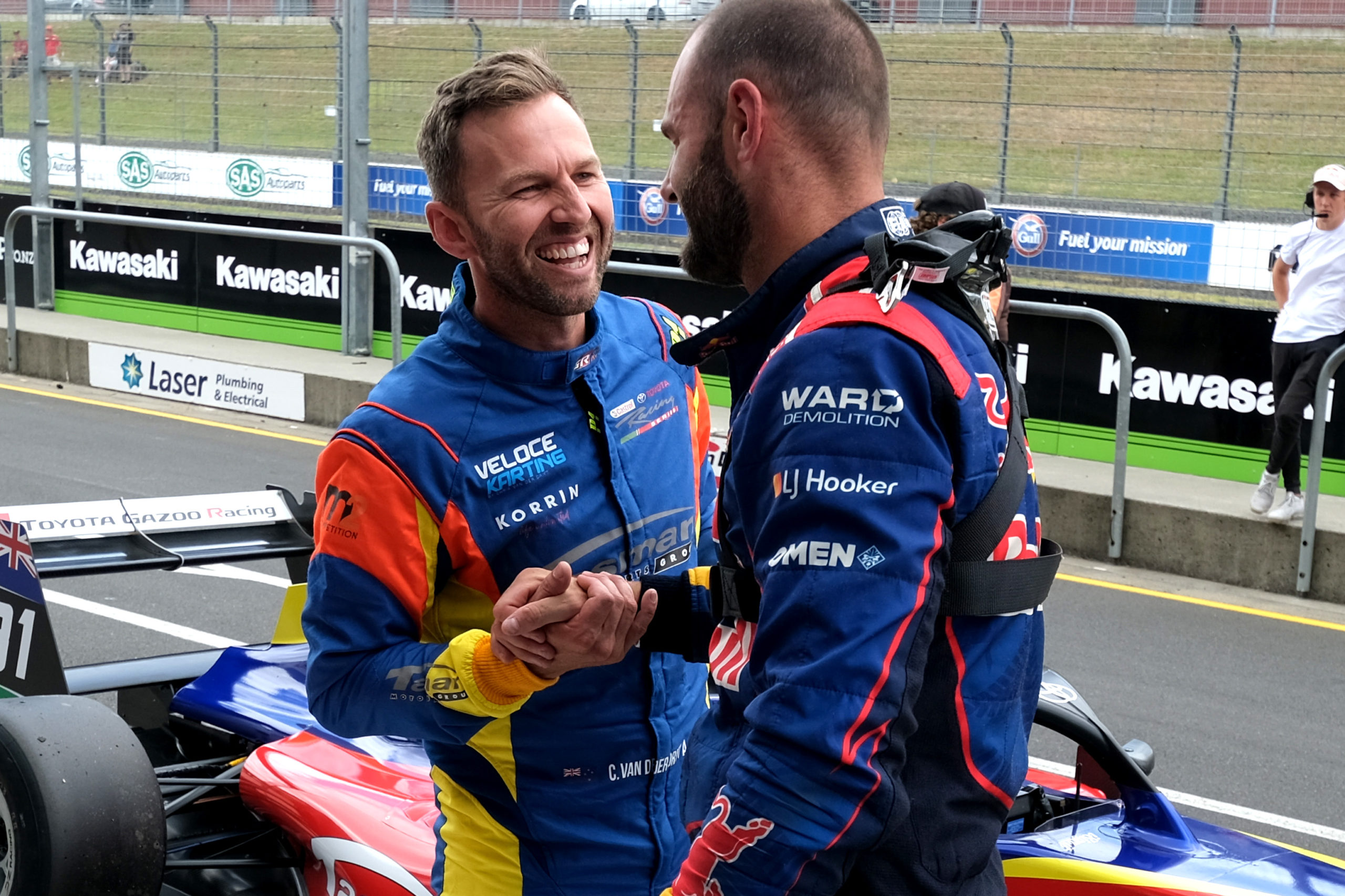 A surprise candidate has emerged to replace Kelly Grove Racing driver David Reynolds should he be ruled out of this year’s Repco Bathurst 1000.

Speedcafe.com understands Chris van der Drift is in the mix to join Luke Youlden behind the wheel of the #26 Ford Mustang in this year’s Great Race, if the worst were to transpire.

Earlier this month Reynolds was sidelined after NSW Health deemed his vaccination exemption was invalid.

Reynolds was duly replaced by Youlden for the second of four Supercars events at Sydney Motorsport Park and the 43-year-old will continue driving the Penrite Racing car at this weekend’s third event.

It’s anticipated the fourth event will see Matt Campbell drive the #26 entry, who will return to Australia from the United States after contesting Petit Le Mans this weekend with Porsche.

Reynolds’ participation in the Bathurst 1000 has been said to be under a cloud due to his vaccination status.

In a statement earlier this month, Kelly Grove Racing said Reynolds “could be eligible to drive” in this year’s Bathurst 1000 once he is fully vaccinated.

According to the team, Reynolds has thus far received one dose of an approved COVID-19 vaccine and is scheduled to receive his second dose ahead of the Bathurst 1000. A significant stumbling block van der Drift is understood to overcome is securing the necessary MIQ (Managed Isolation and Quarantine) spot upon his return to New Zealand.

That’s been a major hurdle for Boost Mobile-backed Bathurst 1000 wildcard duo Greg Murphy and Richie Stanaway, who thus far have not had the same luck.

The MIQ voucher system works by applicants going into a ballot for a space in a managed isolation facility.

Allocations are only made available sporadically, with the seventh such ‘round’ coming earlier this week on Tuesday.

More than 24,000 people reportedly sought to acquire one of the 4039 rooms available between November to February.

Within two and a half hours that allocation was exhausted.

As of November 14, anyone entering an MIQ facility will only need to stay for seven days plus three days of home isolation. That’s down from the initial 14-day period.

As it stands, van der Drift can travel to New South Wales without undergoing a period of quarantine.

Should van der Drift get the call-up, it would mark only his second start in the Bathurst 1000.

His only start to date came in 2016 with Shae Davies at Erebus Motorsport where they finished 17th.

The 35-year-old has three Porsche Carrera Cup Asia titles to his name and has previously competed in the GP2 Asia Series and A1 Grand Prix.