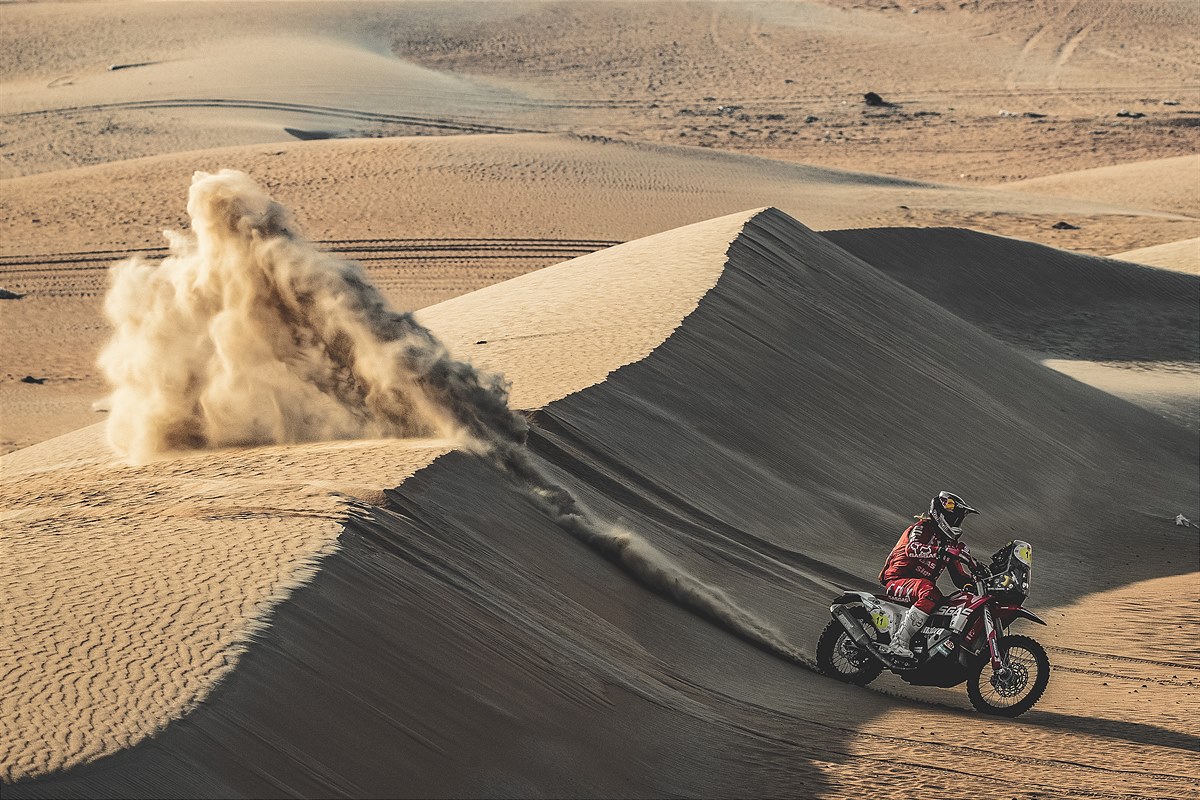 Daniel Sanders remains second overall in the Abu Dhabi Desert Challenge despite opening the road on the penultimate day.

The GasGas rider was first out for Stage 4 by virtue of winning on the day prior and ended up fourth-fastest, 3:46s off the pace set by stage winner Adrien Ven Beveren.

Sanders is now 3:50s away from the overall lead, held by KTM’s Matthias Walkner, who was second-quickest on Stage 4.

“Day 4 and I got to open today, which was really cool,” said the Australian.

“Walkner caught me at about 100km, just before the refueling, but I was happy with how things went for the time I was out front.

“I didn’t make any big mistakes and the pace was good, so that’s really encouraging.

“The second half of the stage opened out into some faster tracks, which I really enjoyed, so that was cool. All-in-all it was a really good day.

“I’m in a good position to push again tomorrow and hopefully I can finish off the rally with a top result.” 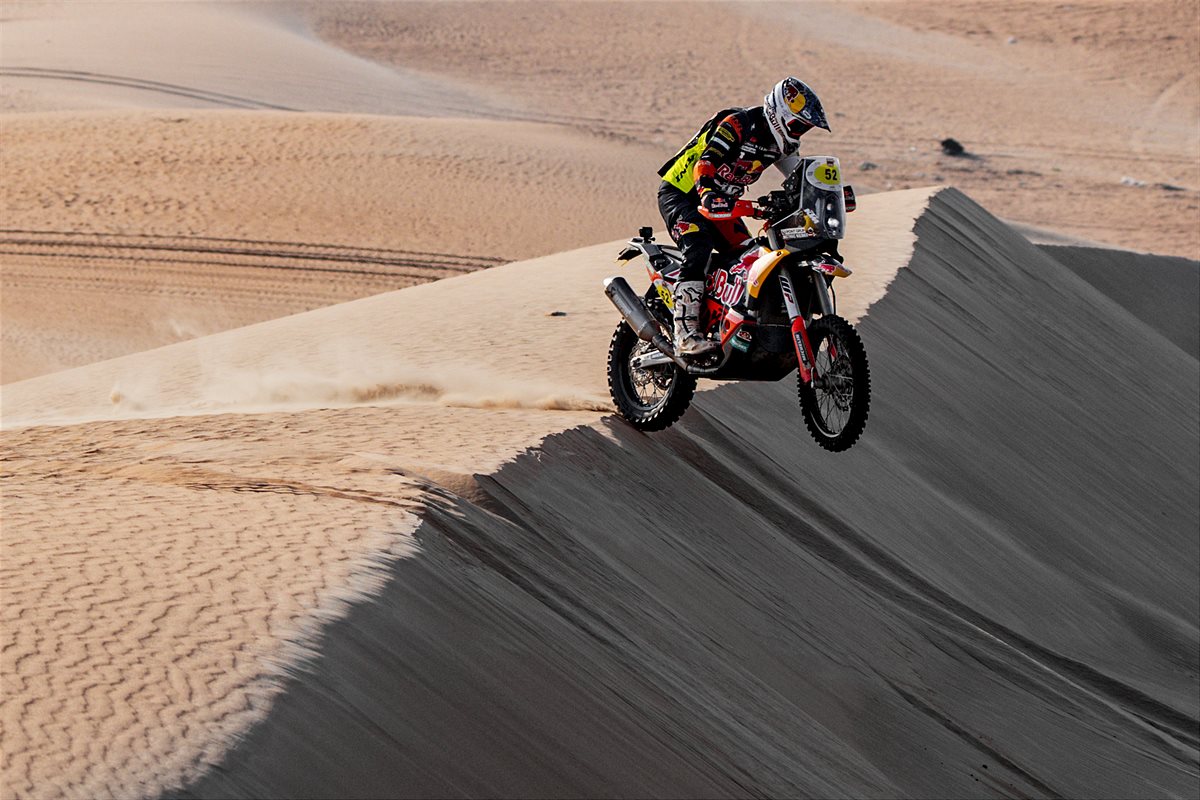 Said Walkner, who has already wrapped up the FIM Cross-Country Rallies World Championship of which Abu Dhabi is the final round, “Another really cool, enjoyable day.

“I pushed right from the start and was able to catch Daniel by around Kilometre 100, and from there, the two of us rode together, swapping the lead for the rest of the stage.

“It seemed to work out well as I was able to put in a good time, despite opening a lot of the stage from the front.

“I have a good lead and a good start position for Stage 5, but there is still work to do.

“I’ll head out and try to enjoy it tomorrow, hopefully put in a good result and secure the win. I’m definitely looking forward to reaching the finish!”

Van Beveren is just 56 seconds behind Sanders in the overall classification, but the Yamaha rider now has the burden of opening the final, 216.92km special.

In Cars, Toyota Gazoo Racing’s Nasser Al-Attiyah is still unbeaten, with his overall lead out to 23:48s over Lucio Alvarez.

The event finish is located at the Yas Marina Circuit.