LIVE: Saturday at the Bathurst 1000 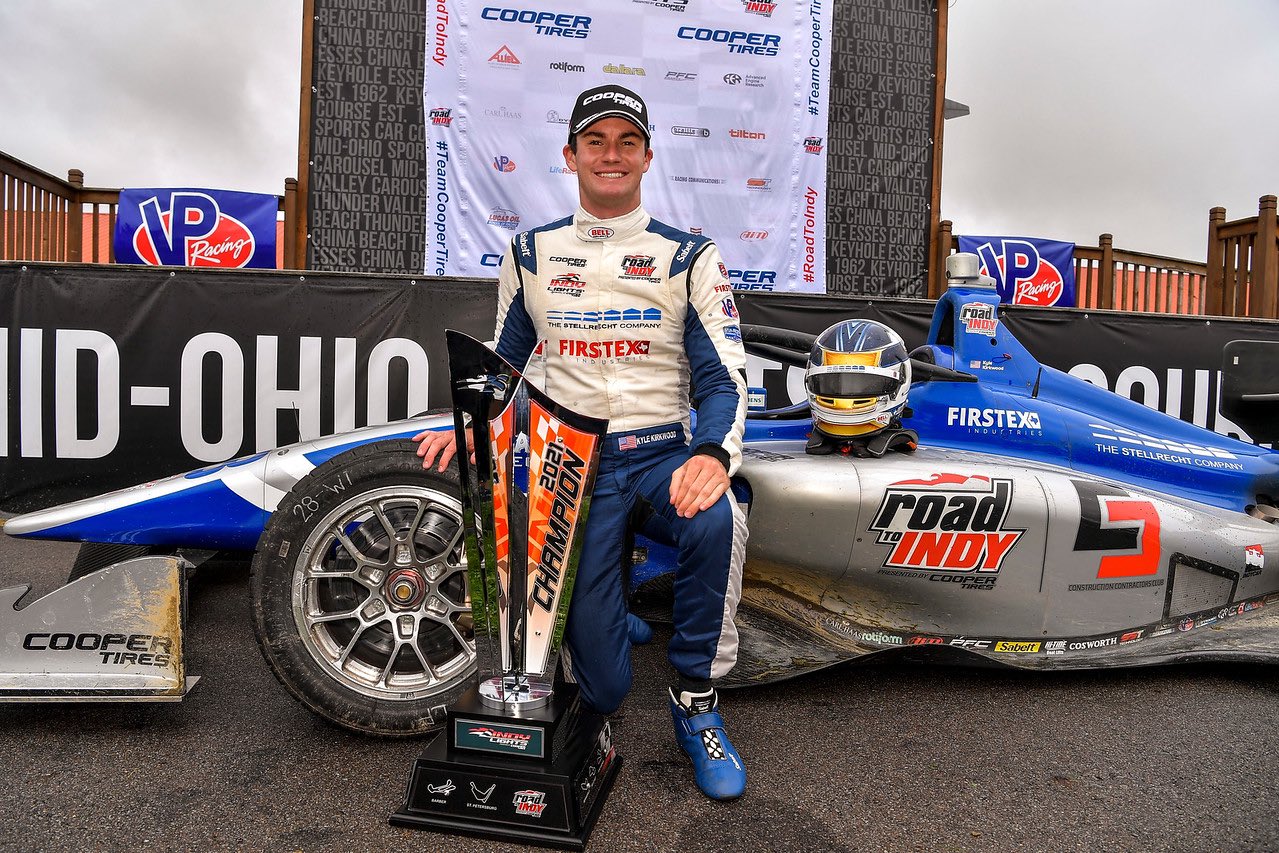 Kirkwood had long been in the frame to join Andretti Autosport, with whom he won the Indy Lights title, though the team ultimately ended up signing Devlin DeFrancesco.

Instead, Kirkwood will pilot the #14 at AJ Foyt Racing, replacing Sebastien Bourdais.

The 23-year-old’s meteoric rise to the IndyCar Series comes after title wins on each rung of the Road to Indy ladder.

While Kirkwood and Foyt haven’t previously worked together, they do have an existing relationship.

As Kirkwood explained, it was the team’s president Larry Foyt who showed interest in him early on in his career.

“I actually met Larry for the first time in 2018 at Road America when I was driving in USF2000 with Cape Motorsports,” said Kirkwood.

“He was the first person in the IndyCar paddock to show me around the car and explain the dynamics of what it takes to be an IndyCar team and driver.

“From that moment, I felt very comfortable with the atmosphere of the team and now it has come to fruition that I will be driving the #14.

“It’s hard to explain in words the excitement I have to drive for such an experienced and legendary team.

“I know I will be filling some very big shoes, but I think it’s the perfect timing and group to be able to do so.

“Considering I have 19 years of experience driving, and it’s all led to this moment to becoming a full-time IndyCar driver – it’s truly a dream come true.

“It’s incredible seeing the completely unexpected path I took in previous years blossom into something I’ve always hoped for as a kid in karting.”

The first race of the 2022 IndyCar Series gets underway on the streets of St Petersburg on February 27.