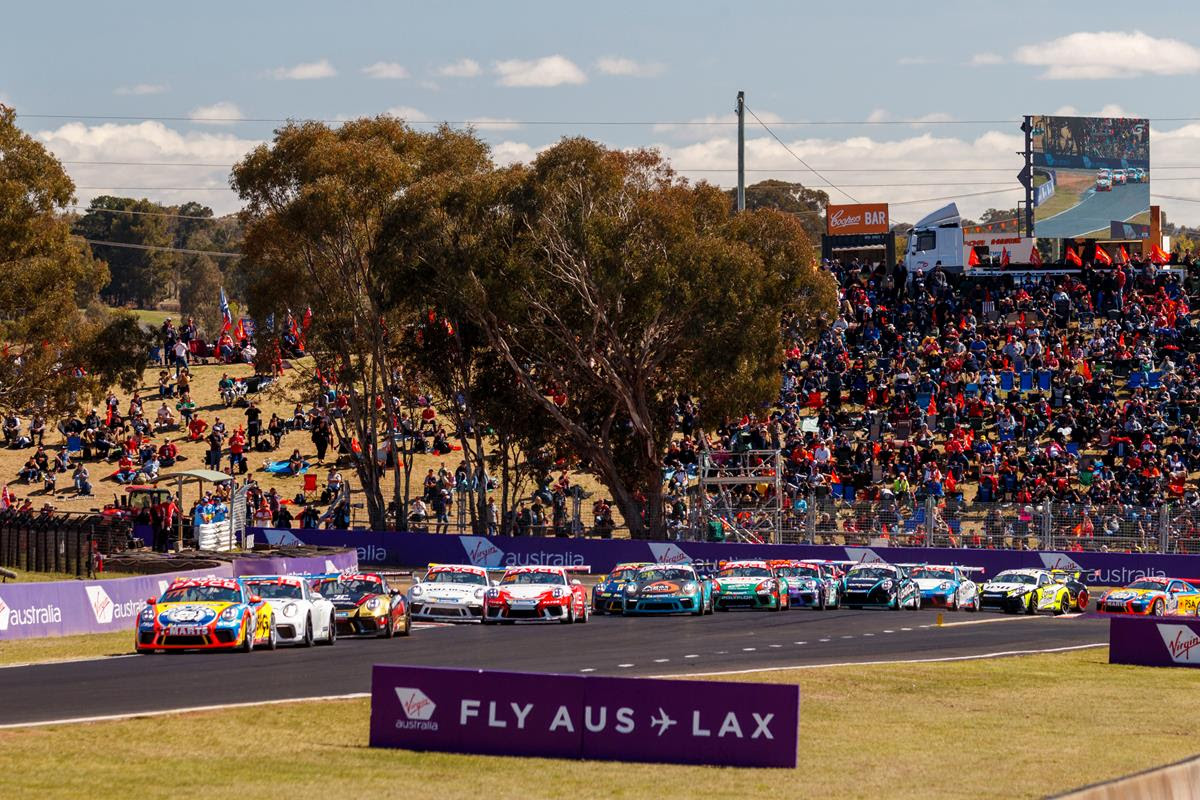 Porsche Paynter Dixon Carrera Cup Australia will now take in four races on the undercard of the Repco Bathurst 1000.

The extra race at Mount Panorama is the result of a rejigging of Carrera Cup’s calendar, which sees that weekend become a double round and that which follows, at The Bend, revert to a single.

Officially, Round 4 is a pair of 30-minute races at Mount Panorama, one each on the Thursday and Friday, with Round 5 comprised of a 40-minute race on the Saturday and a 25-minute affair on the Sunday morning.

A week later, The Bend will play host to three races forming the sixth and final round of the 2021 campaign.

In Pro-Am, 73 points cover the first four, with Stephen Grove holding sway by just six points over Geoff Emery at the very top.

Porsche Cars Australia’s head of motorsport, Troy Bundy, said, “With four massive races now scheduled across the Bathurst 1000 weekend, it’s not only offers significant exposure for our partners, teams and drivers, but also provides fans with a front row seat to the grand finale which will play out over two action packed weekends.

“As both the Mobil Pro and Morris Finance Pro-Am Championships are still up for grabs and it’s going to be exciting to see who will emerge victorious at the end of these three remaining rounds.”

Track activity at the Bathurst 1000 starts on Tuesday, November 30.