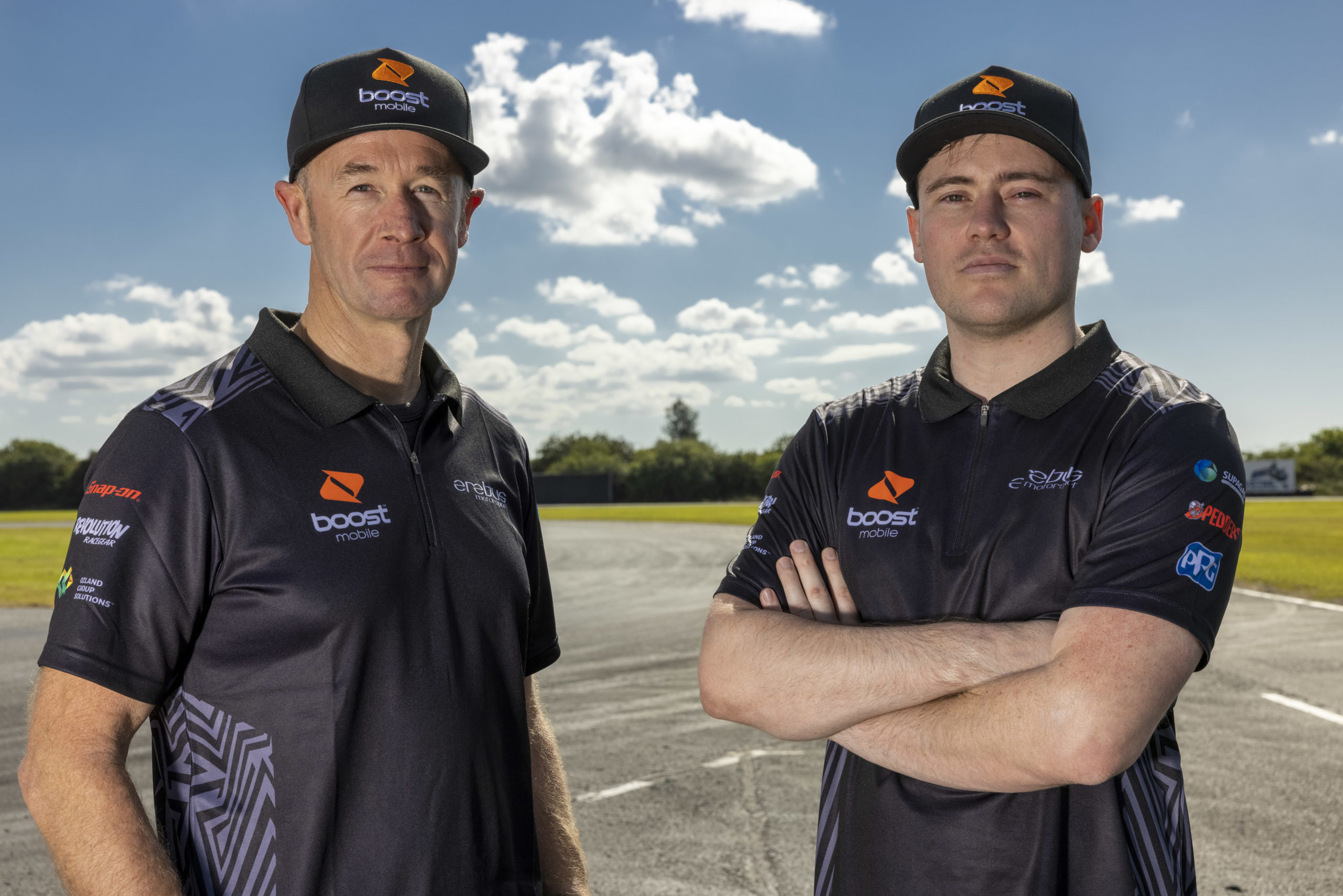 Greg Murphy (left) and Richie Stanaway are hoping to return to The Mountain later this year. Picture: Mark Horsburgh

A call will be made by tomorrow, November 12, whether the Boost Mobile-backed Bathurst 1000 wildcard will go ahead.

Greg Murphy and Richie Stanaway are looking increasingly unlikely to contest this year’s Great Race with Erebus Motorsport due to border restrictions.

As it stands, the pair can travel to Australia for the event but do not have the necessary MIQ (Managed Isolation and Quarantine) allocation to return to New Zealand.

Due to demand, the New Zealand Government earlier this year introduced a ballot system for booking spots in managed isolation facilities.

However, neither Murphy nor Stanaway have been able to secure a spot.

The pair will have to hope for a last-ditch attempt to acquire an MIQ spot or receive an exemption from the New Zealand Government.

“We know that many Supercars fans across both New Zealand and Australia are excited to see this come to life,” said Boost Mobile boss Peter Adderton.

“It would be the good news story of the Bathurst 1000 and provide joy to so many racing fans. We have the car built and ready, and everything is in place. Well, almost everything.

“We also need to make sure the guys can get back home to their families after the race or this simply won’t be possible, and we’ll need to make a decision by the end of the week.”

The ballot system only allocates a few hundred rooms at a time for the tens of thousands of New Zealanders waiting in the online lobby.

The New Zealand Government recently announced changes to the MIQ system to shorten isolation periods from 14 days to seven days plus three days of home isolation in an effort to free up rooms.

Those changes, however, won’t come in time for Murphy and Stanaway.

“What these guys are going through, trying to get approvals out of the NZ MIQ system many times now to be able to enter back into New Zealand, is a frustration felt by many,” said Adderton.

“These are professionals who need to be able to leave New Zealand to ply their trade and make a living for their family. They are willing to follow all the rules, testing and other protocols, but we can’t even get them into the system for a return to NZ.”

Plans had been in place to have Murphy and Stanaway fly to Sydney in time for the last event of the four-round swing.

That would then give them a chance to complete a seat fitting and do the necessary preparations, including a test of the #51 Holden ZB Commodore, before the Great Race come November 30-December 5.

“There is a lot of preparation, planning and cost that goes into entering a special car for the Bathurst 1000, that we announced at the start of this year before the most recent outbreak and lockdowns,” said Adderton.

“The guys have been great in doing their own preparation in New Zealand, we just want to be able to deliver something incredibly special to sports fans in both countries after a very difficult last few years.

“We have been working around the clock for a while now to try and get both guys into the NZ MIQ system without any success, and are also appealing to the authorities for an exemption.”

Erebus Motorsport boss Barry Ryan has already indicated the wildcard can happen in 2022 given the recent postponement of the Gen3 regulations.