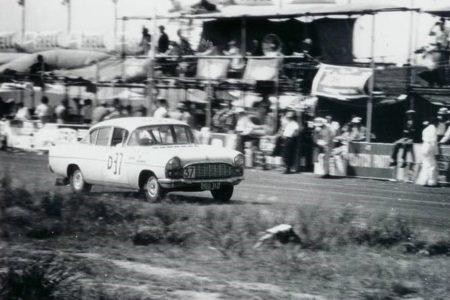 The man now recognised as the first winner of Australia’s ‘Great Race’, Frank Coad, has passed away at the age of 91 in a Victorian nursing home.

Coad and his co-driver John Roxburgh took out the 1960 Armstrong 500* at Phillip Island in a Vauxhall Cresta.

The race was moved to Bathurst’s Mount Panorama in 1963 and eventually became the Bathurst 1000, which will be held this year from December 2-5.

Roxburgh passed away in 1993, but Coad was living with his wife Zena in Bendigo until he suffered a heart attack earlier this week.

One of Coad’s last interviews was with the ABC last year in which he reiterated that “preparation was the key” for the 1960 success.

“We felt pretty confident,” he told the ABC.

“We’d put in about three or four months of work getting ready for it.

“We had the car so finely tuned. We had it sewn up pretty much after the first pit stop.” 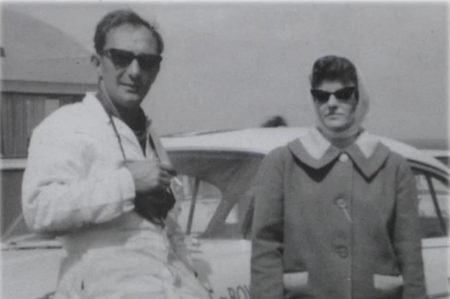 Coad recalled how General Motors, the parent company of the Vauxhall brand, considered racing “bad business” and didn’t want the Melbourne Vauxhall dealership to be involved in the race.

“They weren’t into motor racing in those days,” he said.

“But we won on the Sunday. On the Tuesday they had more ads than anybody else.

“They [the customers] didn’t want to buy a Velox, they wanted to buy a Cresta and they couldn’t get enough Crestas to sell.”

Coad recalled how he was married with three small children, including a six-week-old baby, when he won the race and how the prizemoney was enough to buy a new lounge suite for the family home.

Coad was a great character and remained a regular road user, but one thing restricted him from stretching the legs of his old ute.

“There’s too many police around.”

* Originally, only class wins were awarded at the 1960 event, with Coad and Roxburgh taking out Class D.

In more recent years, as outright winners became more important for the record books, the Vauxhall pairing was recognised as the victor. There was originally some controversy around the actual victors with claims that the Class C car of Geoff Russell, David Anderson and Tony Loxton – the only other car to complete 167 laps – achieved their result in a faster time.

The discrepancy originated from the race’s starting procedures which saw the classes released at 10-second intervals, with the Class D Roxburgh/Coad Vauxhall starting the race 10 seconds before the Class C Russell/Anderson/Loxton Peugeot.

A comprehensive investigation by Graham Hoinville in 1992 concluded that Coad and Roxburgh were the first to finish the race and write themselves into Australian motorsport history, although they might not have known it at the time.

Coad is survived by his wife Zena and three daughters Julie, Susan, and Vicki.