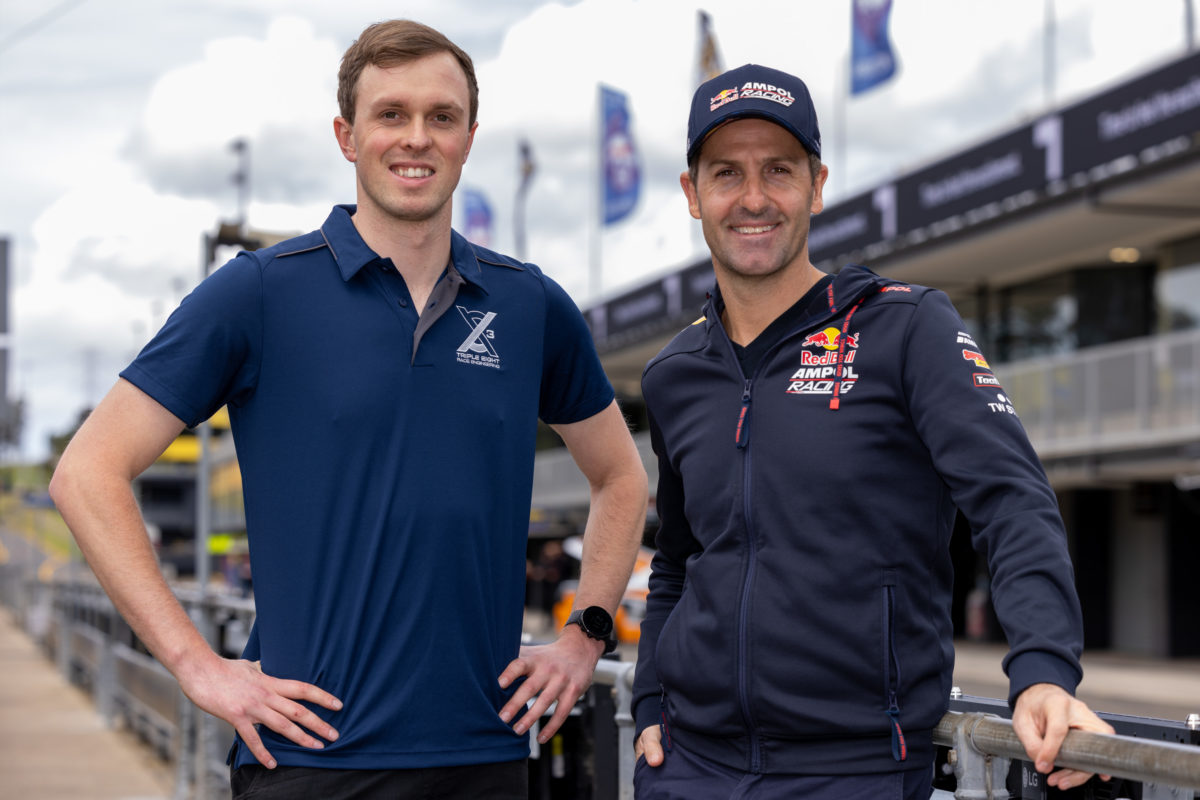 Triple Eight Race Engineering has announced that it will field Cameron Hill in one of two entries in next year’s Dunlop Super2 Series.

The Canberran moves into a team which has at least one seat to fill, given current Super2 Series leader Broc Feeney will be elevated to Triple Eight’s Repco Supercars Championship programme when Jamie Whincup retires from full-time driving at season’s end.

Hill joins the squad with a record of success of his own, including the 2015 Australian Formula Ford Championship title and the lead in the ongoing season of Porsche Paynter Dixon Carrera Cup Australia.

“Our emphasis will be on surrounding him with the right people, so he feels comfortable to show his talent in a super competitive series.

“Cam has an extensive racing CV, so we know he’s capable of giving it a red-hot crack.”

For Hill, switching from a Cup Car to a VF Commodore Supercar will not be the only change, given he has mostly driven in his family team to date.

“Driving for Triple Eight in Super2 is the start of an exciting new chapter in my career,” he said.

“I’m proud of everything we’ve achieved as a small family team in Formula Ford, Toyota 86 Series and Carrera Cup, and the opportunity to drive for the country’s most professional and successful team is the culmination of all our efforts in those categories.

“This is something I’ve dreamed about since I was 10 years old. As a kid, I can remember sitting in front of the TV and watching Craig Lowndes and Jamie Whincup winning Bathurst three years in a row.

“When Jamie rang me and welcomed me to the team, it was a surreal moment.

“I’m proud of what I’ve achieved in Carrera Cup, but to fulfil my career goals it became apparent that my focus needed to turn towards Supercars, because it’s the pinnacle of professional motorsport competition here in Australia; when you look at drivers who have recently progressed to the main game, all of them have completed at least one Super2 season.

“I’m going to have to learn the intricacies of racing a Supercar but driving for Triple Eight will provide me with the best-possible environment to make a smooth transition from the Porsche.

“My expectations for the 2022 are realistic but they are also high. I will have a great car and a great team, so there’s no reason I can’t be challenging for race wins.”

Triple Eight presently fields Feeney and Angelo Mouzouris in Super2, and recently foreshadowed an intention to run two cars again next year, although the identity of its other driver for that campaign is yet to be announced.

Feeney will be making the step up to the Championship along with his current race engineer, Martin Short, a point noted by Whincup.

“Our Super2 programme is not only a gateway for aspiring Supercars drivers to get a sniff of the main game, but it’s also a fantastic opportunity to develop the skills of aspiring main game mechanics and race engineers,” noted the seven-time Supercars champion.

“Our new 2022 Supercars driver, Broc Feeney, came through Triple Eight’s Super2 programme, as well as his race engineer, Martin Short, which is a testament to the success of the programme.”

The penultimate round of the 2021 Super2 season supports the Beaurepaires Sydney SuperNight on November 19-21.