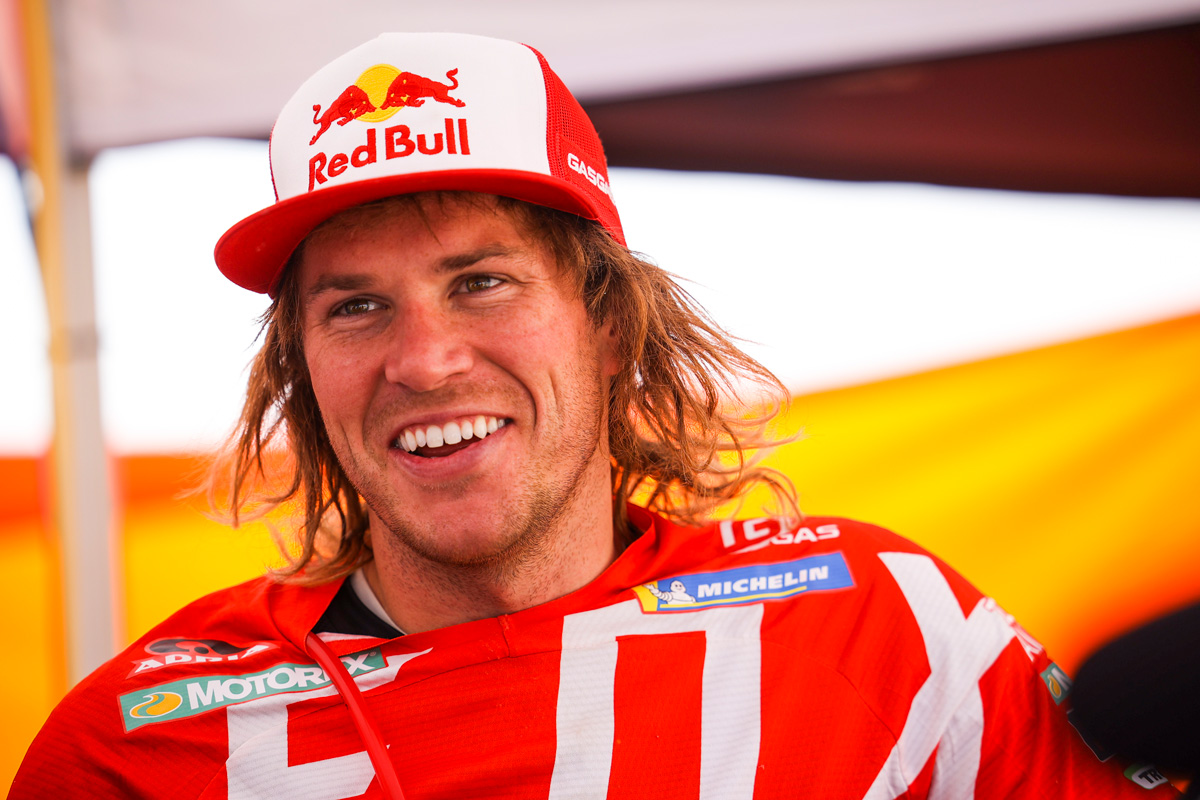 Sanders completed the 327km stage featuring a 293km timed special in a tick under four hours (3:59.09), some 2:44s quicker than any of his rivals managed.

Next best was KTM’s Matthias Walkner, who continues to lead the event overall in what is the final round of the 2021 FIM Cross-Country Rallies World Championship.

The Austrian holds a 57-second lead to Sanders, who moved ahead of Monster Energy Yamaha’s Adrien Van Beveren in the order with two stages remaining.

“P1 Today to finish off the marathon stage, felt good this morning finally and made up a bunch of time, now I have the pleasure to lead out the pack tomorrow for day 4.

“I’m looking forward to the challenge.”

Walkner described his own day’s work as “solid”.

“Finishing second again means I don’t have the best starting position for tomorrow, with not so many lines in the sand ahead of me,” he said.

“There have been the usual changes in the standings with different people leading out, and others have had some issues.

“Sanders will open tomorrow, and Adrien is looking strong.

“There are two days left and I’m still leading the overall, so I’ll continue to do my best and take it day-by-day.”