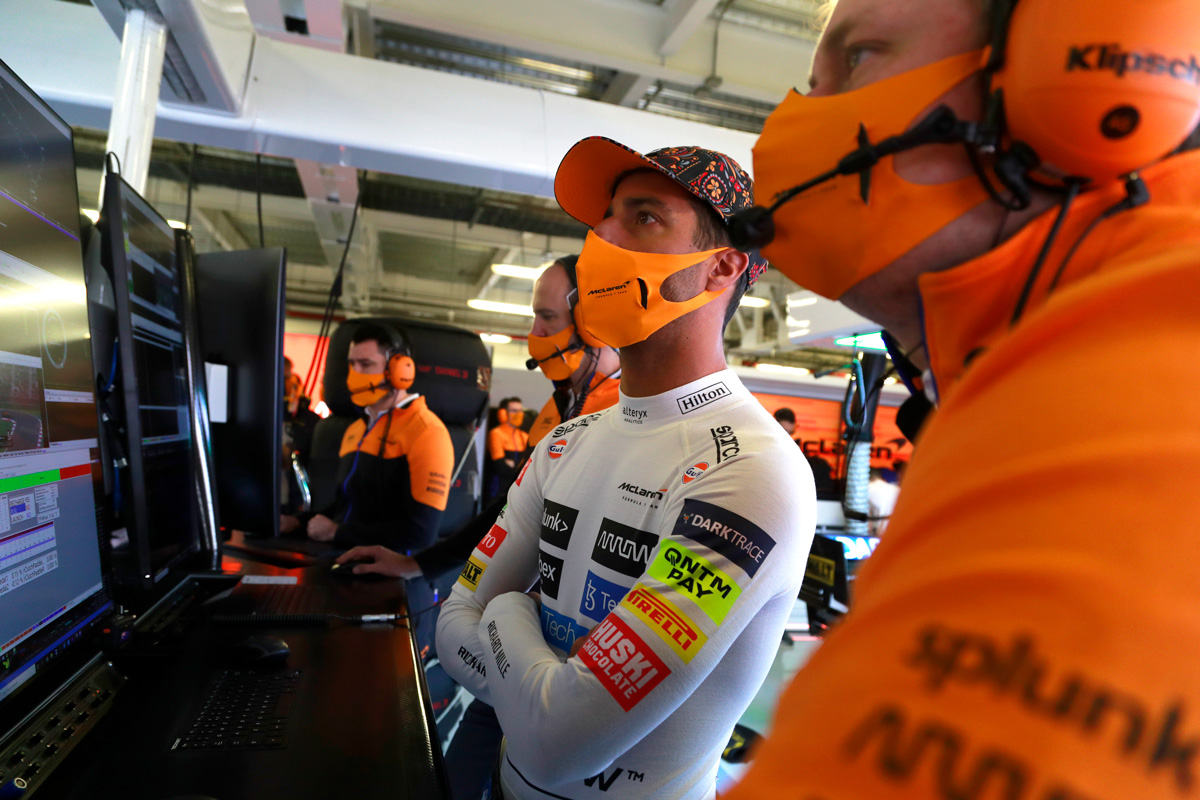 McLaren is determined to immediately make amends for a costly Formula 1 Mexico City Grand Prix in which it ceded third in the constructors’ championship to Ferrari.

While Ferrari’s pairing of Charles Leclerc and Carlos Sainz combined for 18 points at the final North American stop on the 2021 calendar, McLaren could muster no more than a solitary point.

That came by virtue of Lando Norris’ drive to 10th after being hit with a grid penalty, while Daniel Ricciardo was only able to recover to 12th following a first-corner tangle with pole-sitter Valtteri Bottas.

Sao Paulo hosts Round 19 of 22 this weekend, a venue where McLaren was on the podium when F1 last visited Brazil in 2019.

The event will also mark the third and final use of the new Sprint Qualifying format this season.

The concept, which sees hot-lapping qualifying brought forward to Friday and a short race on Saturday determine the Sunday grand prix starting order, has been kind to McLaren thus far.

In fact, no team has scored more points at the two sprint events ever at Silverstone and Monza, McLaren taking a Ricciardo-led one-two at the latter.

“I’m looking forward to heading back to Brazil for another sprint weekend, these weekends have been kind to us so far this year, so we’ll head into the weekend with positivity,” said Ricciardo.

“After the result last weekend, where we had a disappointing result, we can only really look forward.

“Luckily we have the opportunity to fight back almost immediately with this triple-header of races.

“I didn’t take home any points in Mexico, but the outcome could’ve been very different if we’d just had a few more centimetres, which proves we have the car to fight for good positions and decent points.

“There’s definitely some optimism coming off the back of last weekend.

“My focus is now on scoring points in a few days’ time, so we’ll keep at it. The team is hungry, determined and we’ll keep on going right to the final lap of the season.”

“It’s great to be returning to the Autódromo José Carlos Pace in São Paulo after two years,” said Seidl.

“The track is one of the most historic on the Formula 1 calendar. Our last visit to Brazil holds fond memories for the team as we secured our first podium since 2014.

“However, it’s important we continue to stay focused during this intense triple-header and deliver to the best of our abilities to score good points.

“The circuit is not without its challenges with a high altitude similar to Mexico, constant elevation changes and unpredictable weather that will make things interesting.

“We’re looking forward to using the sprint qualifying format this weekend for the third and final time this season.

“The new format has provided excitement on the track for the fans while presenting teams with more opportunities from the very start of the weekend.

“The aim will be to find a good level of consistency with both cars from the first session to achieve the best result possible.”

On the drivers’ side of things, Norris and Ricciardo hold fifth and eighth, with Leclerc and Sainz sandwiched between.

Free Practice 1 at Sao Paulo gets underway from 02:30 AEDT on Saturday.