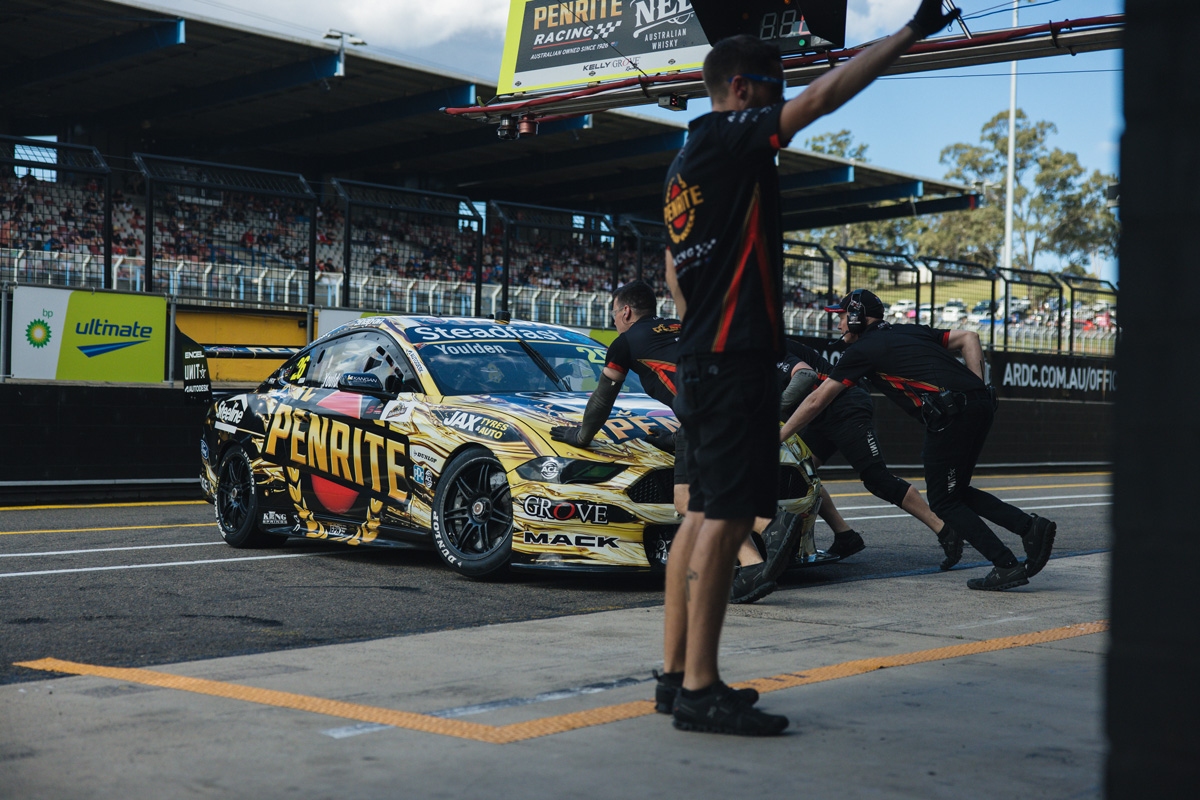 Reynolds was sidelined from the Repco Supercars Championship last week after NSW Health deemed he was not exempt from being vaccinated against COVID-19.

Having left team principal Todd Kelly ‘blown away’ by his performance on short notice, Youlden is expected to be back behind the wheel at the BP Ultimate Sydney SuperSprint this weekend.

KGR’s other co-driver, Australian-born international Porsche star Matt Campbell, has been linked to a possible solo Supercars Championship debut at the final SMP event of the year.

Having now had his first jab, Reynolds should be able to receive his second vaccine dose in time to be available for the November 30 to December 5 event at Mount Panorama.

However, KGR is covering its bases to ensure it’s not caught short if something goes awry.

“For Dave to race at Bathurst, he needs to be cleared by NSW Health that he has all the right medical protocols in place to race,” team co-owner Stephen Grove told Speedcafe.com.

“So until we know that, we can’t make a final decision. But that being said, there’s time constraints on us too; we can’t wait until the week of Bathurst to see if his being approved by NSW Health happens because we could be left without a driver, per se.

“So we need to plan the process and there will be a point in time where we’ll make a call who’s going to drive the car based on what’s the best thing for the team.”

Pressed on whether discussions with a back-up driver had already begun, Grove responded: “Most definitely.

“There’s nothing to be announced at this stage but we are certainly working on that now.

“I mean it’s prudent that we work on that and try to determine who’s the person to give us the best opportunity to obviously win the race.

“Dave is very good up there [at Mount Panorama] and we certainly want Dave in the car, but we need to deal with what we can control, and the only thing we can control at the moment is making sure we prepare and get the right plan in place.”

Grove was tight-lipped on the possible identity of a driver on standby, and exactly when a decision will be made.

Reynolds and Youlden won the 2017 Bathurst 1000 for Erebus Motorsport.

If the former is cleared to race, they’ll be one of three combinations this year to have previously conquered the Mountain together; the others being Triple Eight Race Engineering’s Jamie Whincup/Craig Lowndes (2006-08) and Shane van Gisbergen/Garth Tander (2020).