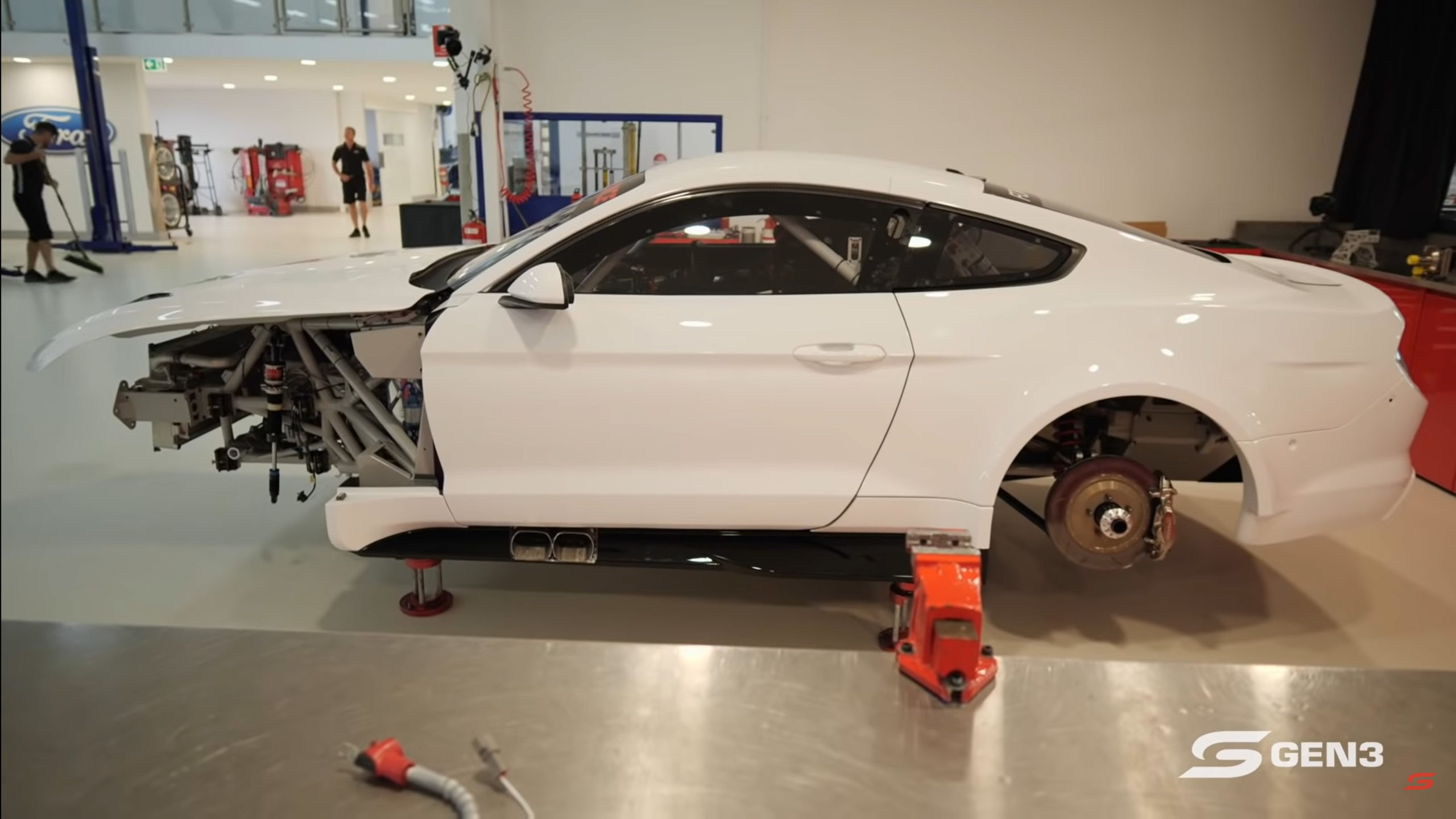 In Supercars’ latest Gen3 Unpacked video, a glimpse of the Ford Mustang and Chevrolet Camaro prototypes offered some insight into the makeup of the new-for-2023 cars.

Although more is expected to be revealed in the forthcoming series of videos presented by Mark Larkham, the first look of the near-complete cars in the flesh should get fans excited.

Starting with the Mustang, it’s evident that the silhouette of the Gen3 car is for all intents and purposes identical to the road car.

There’s no shying away from the fact the aesthetics of the current Gen2 specification Mustang is somewhat lacking due to the two-door silhouette being stretched over a four-door chassis.

It would appear the side skirts and rear bumper are not identical to the road car, although that’s expected and is no different to the current Gen2 cars.

The front splitter will be custom-made too, although distinctly recognisable to the make and model.

Early renderings of the Mustang and Camaro showed the exhaust exiting immediately behind the front-right wheel.

However, the latest look of the cars in the flesh shows the exhaust on the left-hand side – as it does so now on the Gen2 cars – and exiting further back than initially pictured (pictured above).

The exhaust outlet is positioned as such to allow for future electrification of the platform. 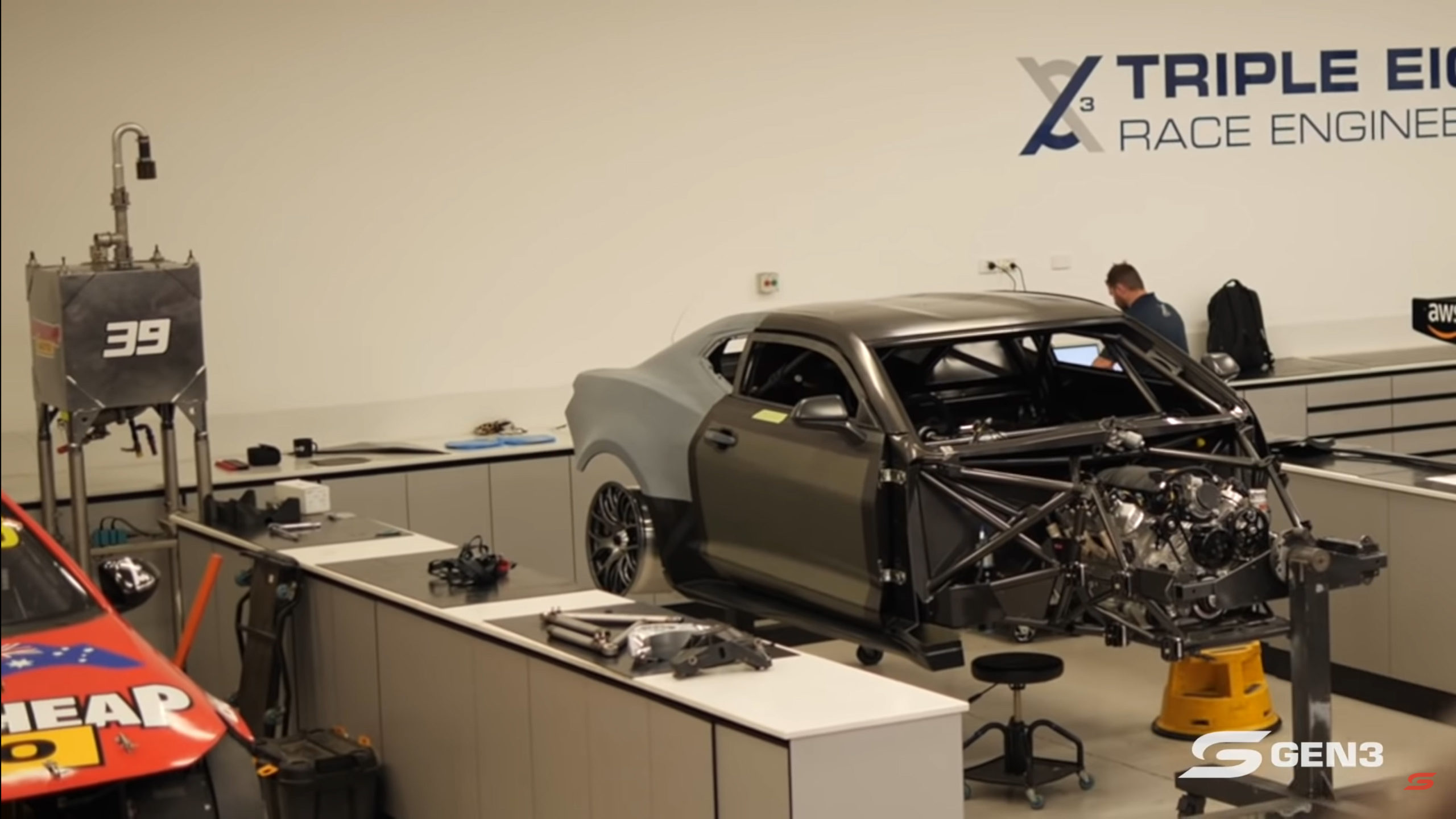 It should be noted that the Mustang and Camaro are presented in the video in different stages of the respective builds by Dick Johnson Racing and Triple Eight Race Engineering respectively.

The Camaro features in the video sporting one of the new category controlled wheels (pictured above).

Moving inside the Mustang, the button box which is usually at the driver’s left has shifted across to the right

That’s largely been facilitated by shifting the driver further towards the centre of the car.

The Camaro is presented in the video without a button box.

While the cars presented in the video are still some way from completion, the cockpits of both cars are noticeably void of any anti-roll bar levers, as expected.

Neither car features a gear lever or paddle shifters in the video.

Supercars has said it will test with a gear lever and paddle shifters across the two prototypes. 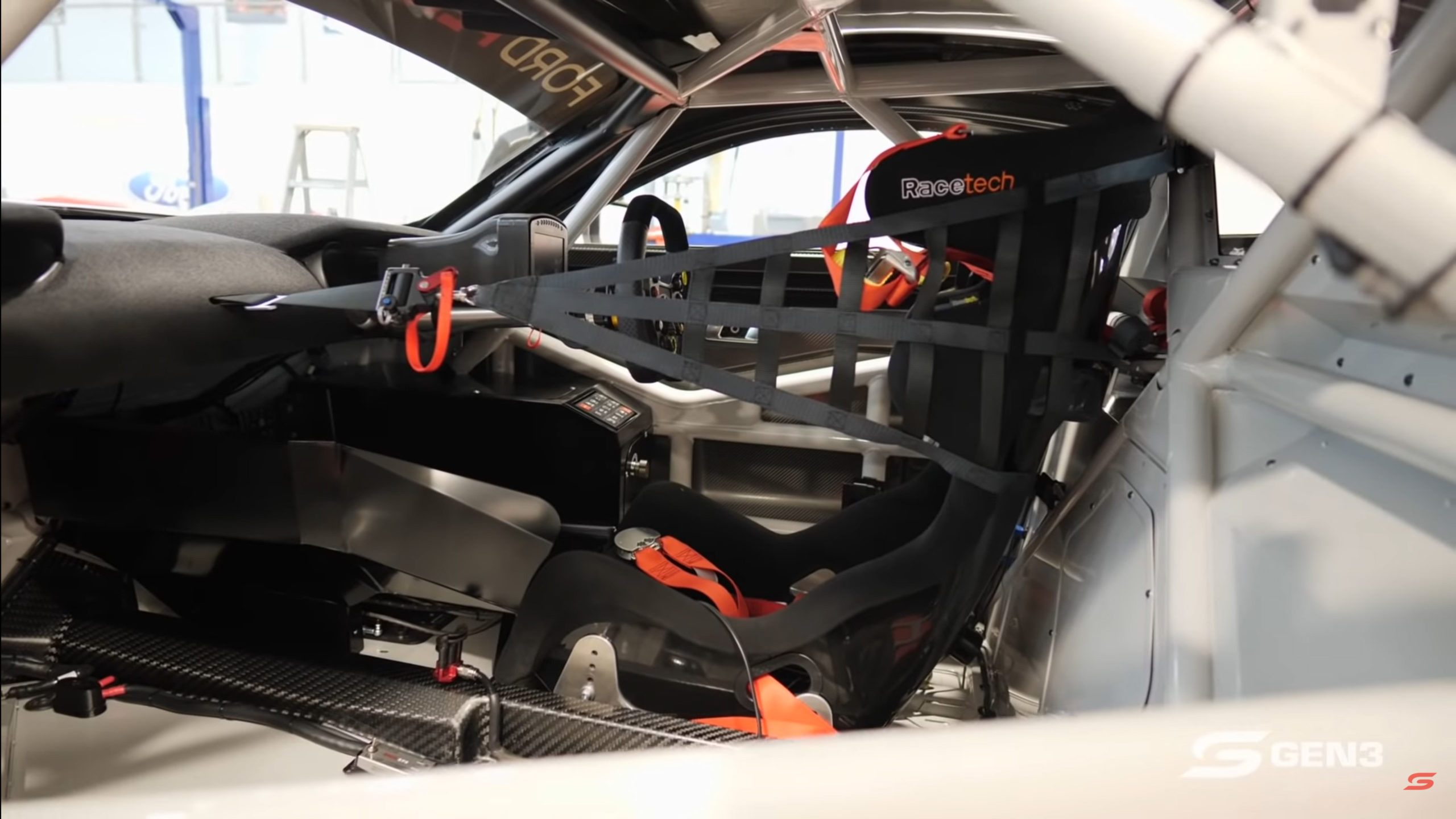 The cockpit of the Ford Mustang. Picture: Supercars

While Supercars has not revealed which bidders were successful in the tender process for controlled componentry, the video perhaps indicates which way at least one may have landed.

What’s not evident is where teams will refuel from. The video briefly shows what appears to be the fuel cell directly behind the driver, although neither car is presented with a refuelling inlet.

It’s expected the Gen3 prototypes will be completed in the coming weeks before debuting at this year’s Repco Bathurst 1000.