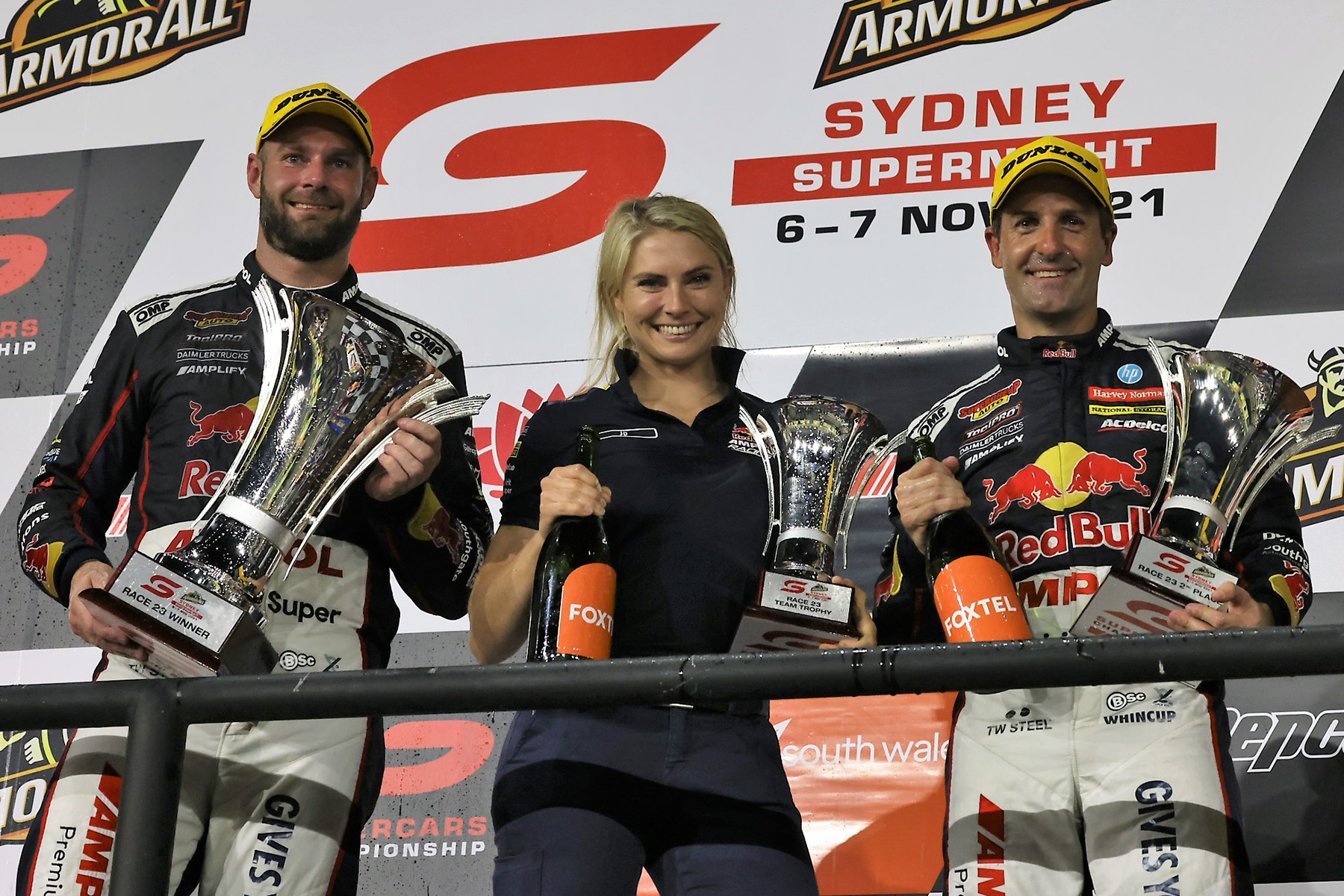 Red Bull Ampol Racing’s Jamie Whincup has conceded his hopes of winning an eighth Repco Supercars Championship crown are all but over.

Whincup, who is in his swansong Supercars campaign as a driver, has trailed team-mate Shane van Gisbergen since the start of the 2021 season.

The #97 pilot has led the drivers’ championship ever since winning Race 1 at the season-opening Mount Panorama 500.

With three rounds remaining in 2021, van Gisbergen has a 337-point lead over Whincup.

Although there are still 930 points up for grabs with three rounds remaining, Whincup has conceded defeat.

Asked whether he was still fighting for the championship, the #88 pilot replied: “No, he’s over a round ahead.

“That’s a lot of points, and he’s still probably the quickest out there.

“Yeah, nah. I’m just trying to get as many points as I can and try to stand on that podium as many times as I can because I won’t get that opportunity forever.”

Van Gisbergen has won 13 times in 2021, which includes a six-race streak at the start of the year.

By comparison, Whincup has just two wins, although he has stood on the podium 12 times in all.

His latest success at the second event of four at Sydney Motorsport Park marked his 124th career win.

Despite what’s been a season where he’s been outperformed by van Gisbergen, Whincup said he has to count himself lucky to be in a position to win.

“Well, there’s plenty of guys on the grid that haven’t had a win this year,” he said.

“I’m not greedy, I got one back in Tassie, which is great and was able to steal another one this weekend. For me, every win, every podium, treat it like it’s my last.”