Stoner wants MotoGP to revert from being ‘basically Formula 1’

Stoner wants MotoGP to revert from being ‘basically Formula 1’ 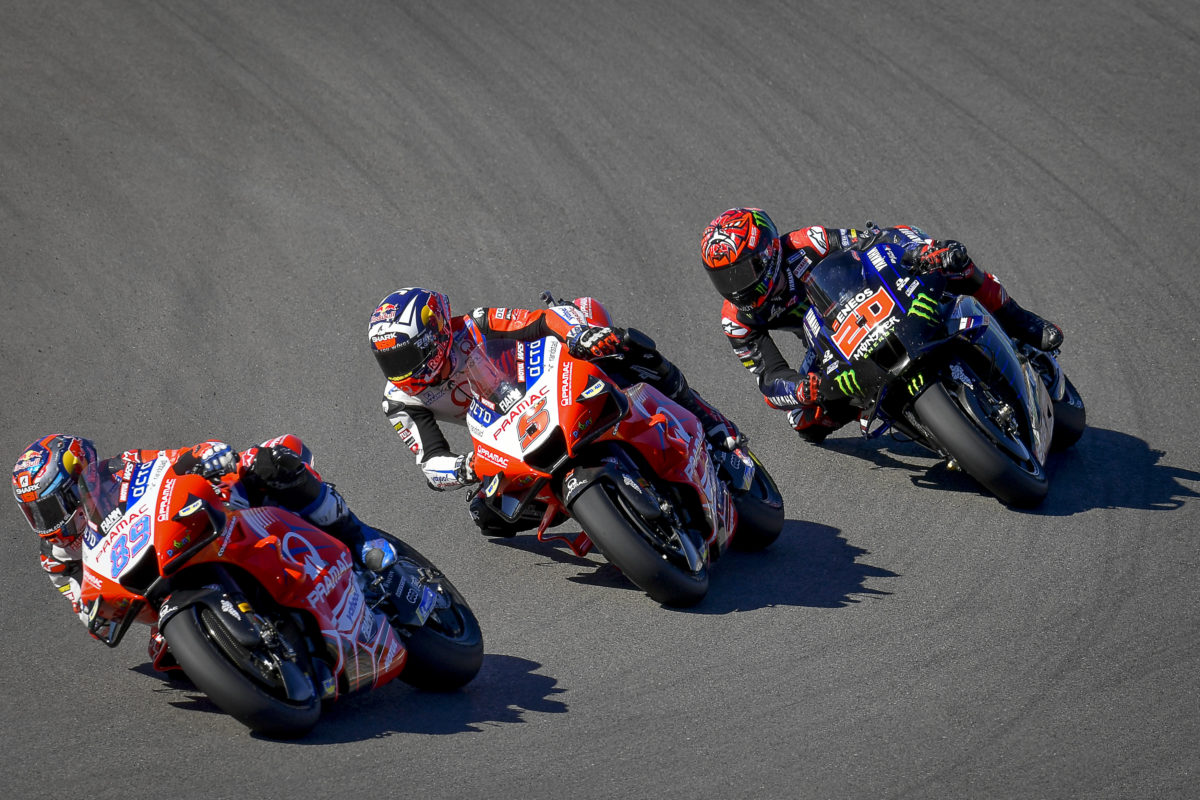 Casey Stoner would like to see technically simpler MotoGP bikes, believing that the championship has been “basically turned … into Formula 1.”

The two-time premier class champion retired from competition at the end of 2012 and has not tested since 2018.

Naturally, the category has continued to evolve technically, with recent innovations including the ride height devices and continual refinement of aerodynamics.

According to Stoner, MotoGP should rein in costs by not allowing certain parts.

“I’d love to have a say in the technical regulations, to be honest,” said the Australian, who was back in the paddock for the first time in over three years at the Algarve Grand Prix.

“There’d obviously be controversy but I believe there’s elements there that don’t need to be.

“There’s certainly not [a] safety issue; they’re only pushing the price of development and everything through the roof and yet we’re still trying to make things more cost-effective.

“Yet one of the elements we’ve got now, we’ve basically turned it into Formula 1 and the costs are just going through the roof.

“I would like to see certain parts gone – electronically as well – I think there needs to be a big reduction.”

Stoner believes the introduction of the standard ECU in 2016 represented a missed opportunity.

He would like to see electronics which deliver less assistance to riders, such that they are more in control of rear grip.

That would lead to greater divergence in tyre management as well as creating difficulties in trying to accelerate onto straights, leading to more passing.

“I think it was back in 2015 or something when they brought in the equalised ECU; it was still better than it was the year before already, so it wasn’t a step backwards like everyone thought it was going to be,” added the 36-year-old.

“I think we honestly need a step backwards.

“That will all happen with a few different regulations – it wouldn’t take much – and I think the overtaking would actually get better than what it is now because it wouldn’t only be under brakes, someone having to send it up the inside because they all come out of the corner kind of the same.

“You’d find someone who would mess up the exit a little bit and someone would get the run on them. Bike set-up would then would be a lot more critical as well.

“I think there would be a lot of elements, a few things to change would make for some incredible racing.”