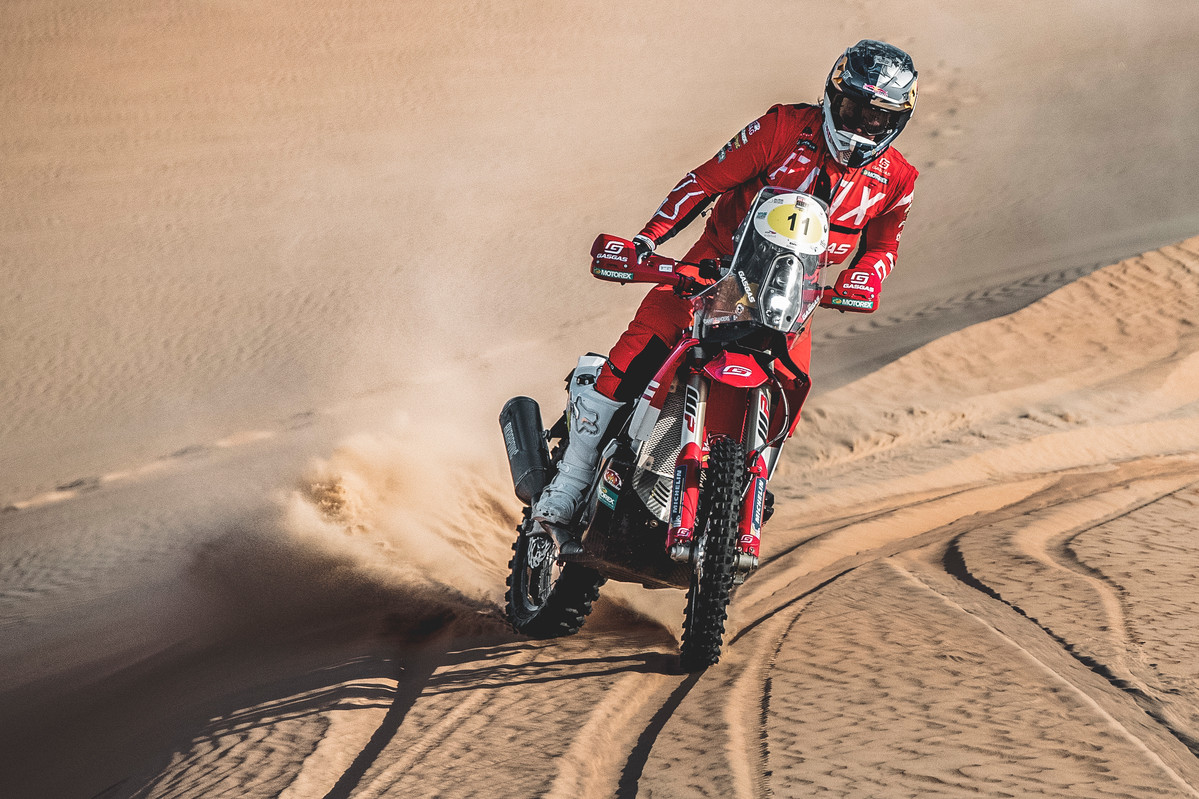 The GasGas factory rider is 3:42s off the event lead after setting the third-fastest time on Stage 2, the longest of five in what is the final round of the FIM Cross-Country Rallies World Championship.

However, it was not a straightforward 333km special for Sanders, who crashed multiple times.

“I found it hard to get into a good rhythm early on – I had a couple more scary calls with some drops as I’m still learning how to read the terrain here in the desert.

“I had a couple of crashes too – one gave me quite a knock and I ended up in a hole in the dunes. I had to dig the bike out a little and that cost me some time.

“The terrain suited me better too, with more tracks and plateaus. I finished third-fastest today, which puts me in a good spot for tomorrow.”

The 27-year-old was second-fastest in the Prologue and fourth-fastest in Stage 1.

In Cars, Toyota’s Nasser Al-Attiyah is more than six minutes to the good after winning both stages so far, with Orlen’s Jakub Przygonski second in both in a John Cooper Works buggy. 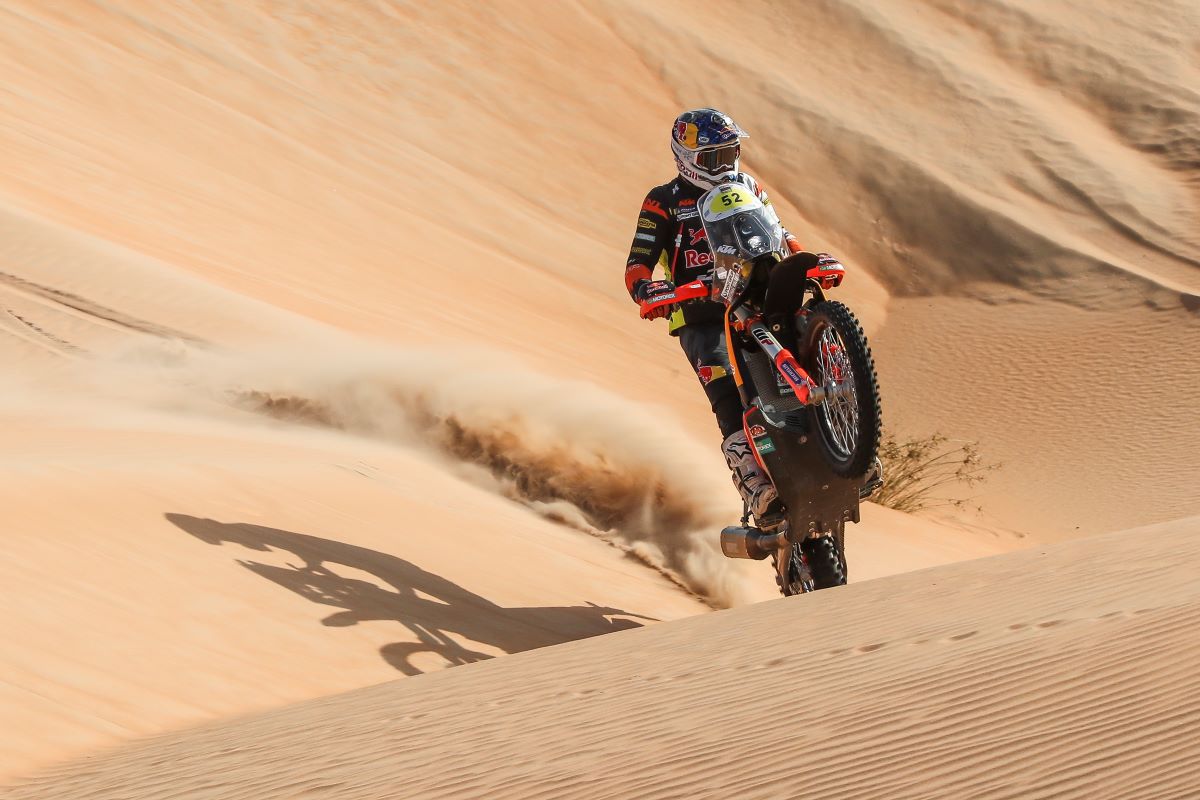