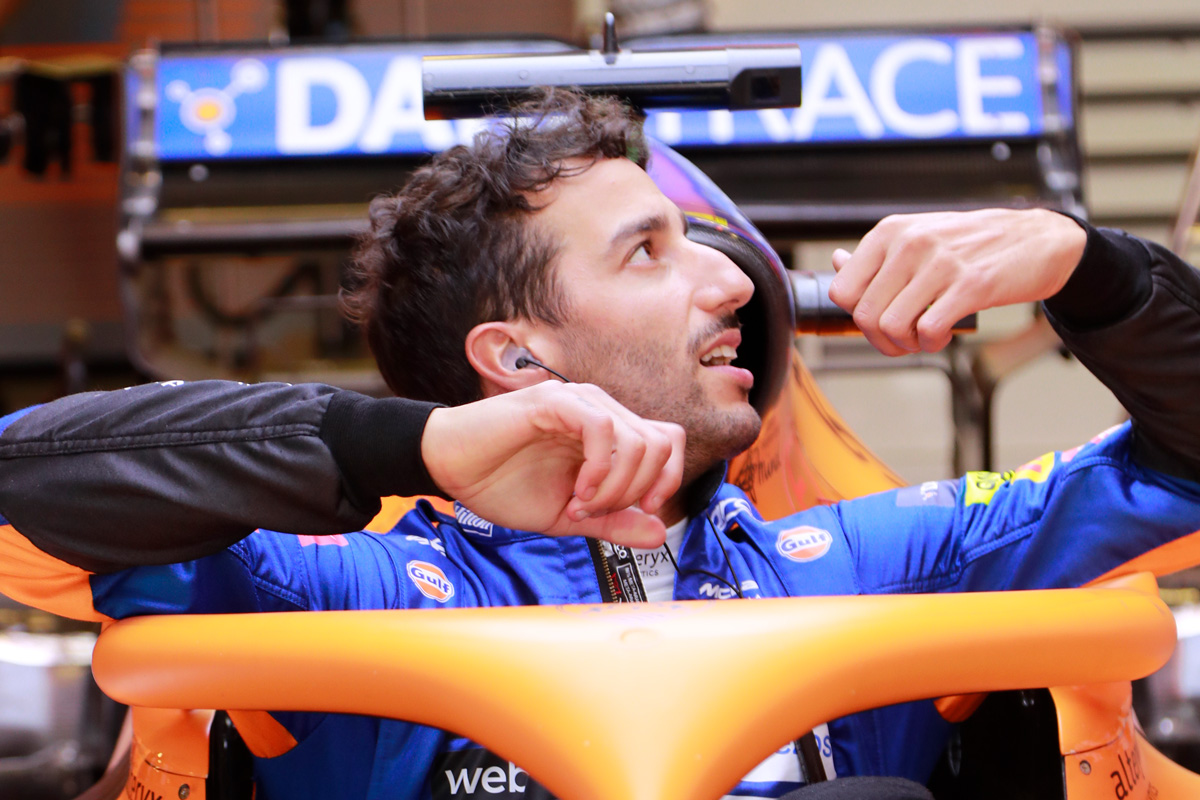 Daniel Ricciardo has admitted he feels better about his role in a costly Lap 1 incident at the Formula 1 Mexico City Grand Prix having now seen television replays.

Ricciardo initially took responsibility for spinning pole-sitter Valtteri Bottas at the first corner of the race, having himself made a sensational start from seventh.

With Bottas dropping to last and Ricciardo requiring a front wing change, the collision condemned the pair to a “painful” race, both finishing outside the points.

Mercedes boss Toto Wolff expressed his surprise that Ricciardo was not issued a penalty, but the Australian feels comfortable with his role in the matter.

“I’ve just seen a replay now for the first time,” he said.

“I had a good launch and slipstream and we were looking pretty good, I was alongside [Sergio] Perez I think into [Turn] 1 and I locked [up] initially and then I collected it.

“I still feel bad because the race was done but let’s say I feel, if there could be a way, slightly better now after seeing that.

“It actually looked like I locked before kind of the entry point and then I gathered it up again and I think it just looks like, obviously Valtteri’s come in to kind of close the apex and then it’s me and Perez and there’s basically not enough room for all of us.

“So, it was actually a lot smaller hit than I thought.”

Ricciardo nevertheless said it was “frustrating”, with the resulting damage not helping McLaren’s chances in the battle for third in the constructors’ championship.

With Ferrari’s Charles Leclerc and Carlos Sainz fifth and sixth in Mexico and McLaren’s Lando Norris and Ricciardo 10th and 12th, the Scuderia moved ahead of the papaya squad.

“It’s the nature of the beast obviously with the sport and Lap 1 incidents can happen,” Ricciardo continued.

“Obviously the cars are pretty fragile as well, you just hit at the wrong angle and a lot of things kind of go breaking.

“So yeah, to obviously have the race [go wrong] in a few seconds, that’s the disappointing part and the sad part of the sport sometimes.”

Ricciardo will have a chance for redemption in a matter of days, with the Sao Paulo Grand Prix in Brazil to take place across November 12-14.

He has never been on the F1 podium at Interlagos, fourth in 2018 his best finish.

McLaren though did take third at the most recent Sao Paulo race in 2019 courtesy of Sainz.