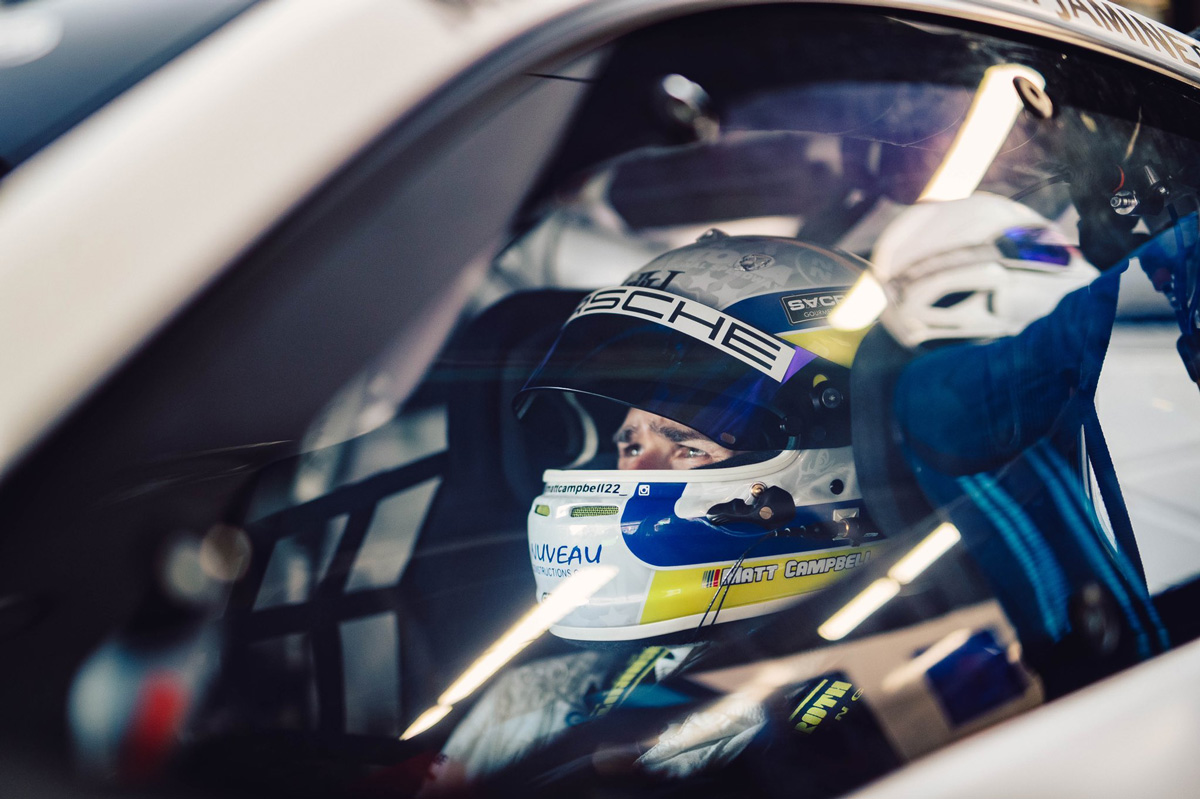 The 26-year-old Queenslander has established himself on the world stage in recent years, having used his 2016 Porsche Carrera Cup Australia title to propel his career abroad.

He has since been a class winner in the 2018 24 Hours of Le Mans, outright victor in the 2019 Bathurst 12 Hour, and a regular in the FIA World Endurance Championship.

“As a driver, I like his driving style,” he said of Campbell, adding “he has got a great future”.

“I think he’s mature enough not to push the car too often into the wall but at the same time he’s got the right amount of aggression and I think that’s great.”

Both his speed and youth appeal to Laudenbach, who confirmed Campbell is a contender to drive for its Porsche Penske Motorsport LMDh programme launching in 2023.

“The most important thing is that they need to be fast, that’s clear,” he said.

“I don’t want to have a driver in a factory car which is probably good for a quick lap but not good on a long distance, or at the one weekend he is great and then the other weekend he is slow. So, it’s performance, it’s consistency.

“And yes, it also has to do with how old is he, because if we do such a programme, we do not want to exchange drivers every year.

“I think Porsche has shown in the past that we love to work with our drivers for a long period.”

Asked specifically about Campbell’s chances of behind being the wheel of a prototype for iconic races such as Le Mans from 2023, Laudenbach added: “It’s too early to say because we are just putting together the driver line-up for the LMDh.

“What I can say, he is for sure one of the people we are looking at, yes, but it’s too early to say.”

With balance of performance coming into play with the new cars, Laudenbach expects driver input to be more decisive than ever.

“You won’t be in a position to put a driver in that is three or four tenths off the pace.

“If you have got a big advantage in technology, you might put a driver in which probably is one, two, three tenths slower, but who has got a lot of experience and that you trust to bring the car home.

“I think also how you choose the drivers will be different from what we have known in the past.”

Last weekend, Campbell teamed with Jaxon Evans and Christian Ried to place second in the GTE-Am class at the 8 Hours of Bahrain.

Campbell will return to Australian shores this month ahead of the Repco Bathurst 1000 (November 30 to December 5), where he will partner Andre Heimgartner at Kelly Grove Racing.

That will represent a third Great Race start, having co-driven with Todd Kelly in 2016 and Shane van Gisbergen the following year.