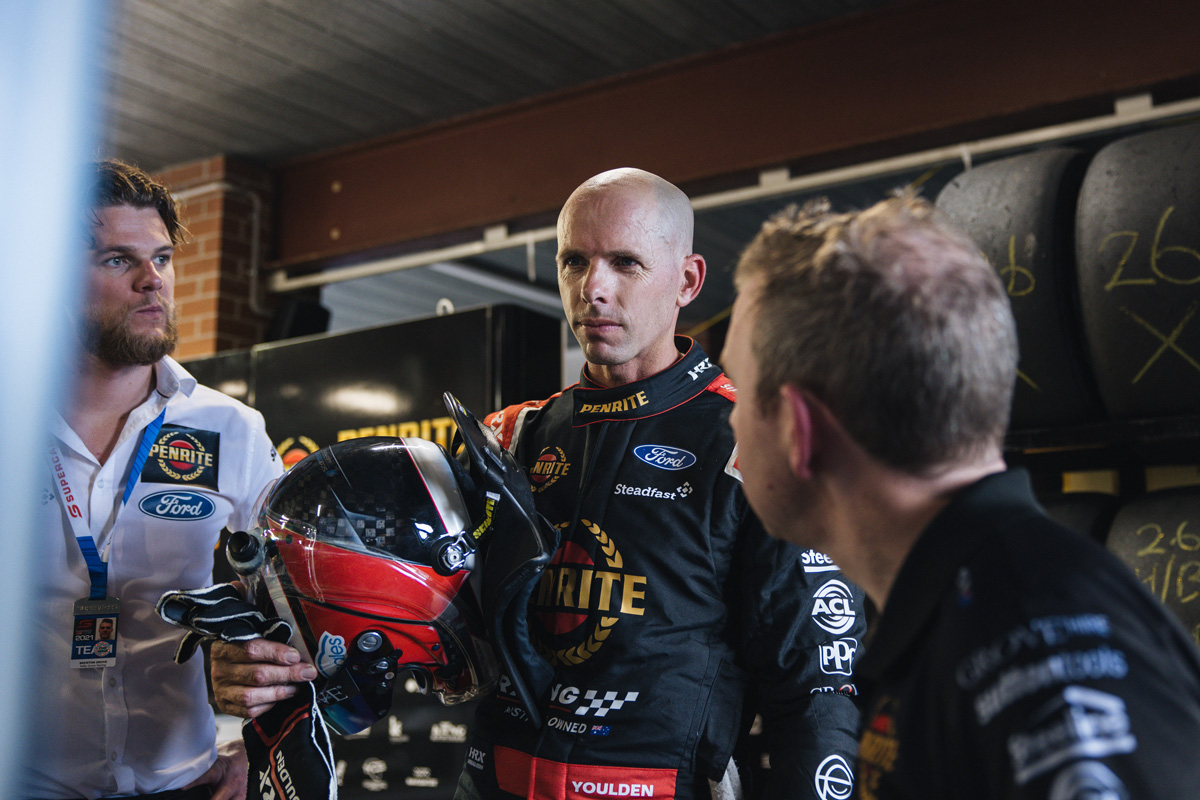 Kelly Grove Racing team principal Todd Kelly has heaped praise on Luke Youlden after a fine performance standing in for the benched David Reynolds at the Armor All Sydney SuperNight.

Youlden only flew south from the Gold Coast on Friday to take part in the second of four Supercars events at Sydney Motorsport Park.

That followed NSW Health deeming Reynolds to be not exempt from receiving the COVID-19 vaccine after all, meaning the seven-time Supercars Championship race winner will not return to the grid until getting his second jab.

With the first administered last week, it’s anticipated Reynolds will be available in time for the Repco Bathurst 1000, in which he will partner Youlden, across November 30 to December 5.

As a last-minute call-up – and with 23 other main game drivers having a round’s headstart at SMP – Youlden was keeping his expectations well and truly in check.

The Saturday leg of the event proved difficult, with the 43-year-old running towards the back of the pack.

However, as rain arrived on Sunday (affecting all sessions bar Race 24), Youlden rose to the occasion.

He impressively mustered 11th and 12th in the two rapid-fire qualifying sessions, and converted those into results of 17th and 11th, respectively.

“It was an awesome experience in the Penrite Racing Mustang, and I’m proud of what I’ve achieved in my first solo drive,” Youlden reflected.

“I had everything thrown at me [on Sunday], a slick track, low visibility, night racing and starting at the front of the grid but I had an awesome car underneath me and the crew was working tirelessly without fault for me.

“I’m glad I could repay the faith putting in a reasonable result and bring the car home safe and sound.”

Kelly was delighted with the efforts of his fellow Bathurst 1000 winner.

“We were all blown away with the job Luke Youlden did,” said Kelly, who’ll step back as co-owner and team principal next year.

“He didn’t put a foot wrong and he was running head-to-head with the top blokes. It was great preparation for him, with Bathurst next month.”

Youlden has 20 Bathurst 1000 starts to his name including for powerhouse teams DJR Team Penske, Ford Performance Racing (now Tickford Racing) and Stone Brothers Racing but had never before contested a solo Supercars Championship round.

It’s not yet clear whether he’ll be back behind the wheel at the BP Ultimate Sydney SuperSprint this coming weekend (November 13-14), with fellow KGR co-driver Matt Campbell likely to feature as well at some point.

Team-mate Andre Heimgartner meanwhile bounced back from a Saturday night DNF to take a pair of top 10 results a day later.

“We didn’t nail the strategy or tyre pressures which left us in some tricky positions,” said the Kiwi.

“The car itself felt the fastest it’s ever been, even in the wet.

“So, I am looking forward to doing it all over again next weekend and hopefully getting some more great results.”

Heimgartner is now 13th in the standings, with KGR holding eighth in the teams’ championship.