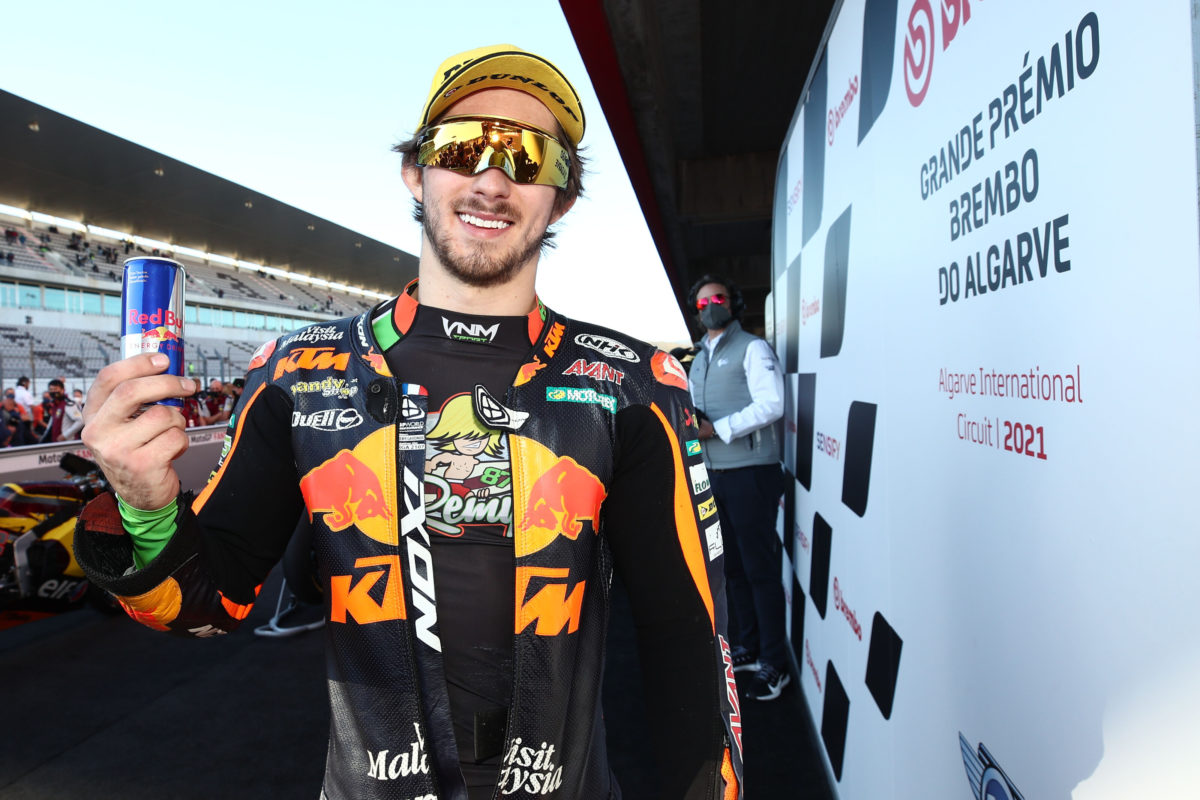 Remy Gardner will try and enjoy himself when he races in Moto2 for the final time this weekend in Valencia, where he is the hot favourite to win the championship.

Gardner moved to 23 points clear of Red Bull KTM Ajo team-mate Raul Fernandez, his only rival for the title, after they finished first and second respectively in the Algarve Grand Prix at Portimao.

The Australian achieved the victory despite intense rib pain arising from a collision with Marcos Ramirez in practice, and dealing with that will be a priority during the week leading into the season finale.

“First of all, I need to take a few days off and drink a few beers and try and get my pain down,” he said just after his win at Portimao.

“At Valencia, obviously this is pretty clear; what I have to do is just finish and enjoy myself, enjoying my last Moto2 race.

“But, nothing’s done until the chequered flag, so I need to stay calm, concentrated, and we’ll start again on Friday.”

Fernandez’s only chance to still win the championship is to take victory at Valencia, which would be his eighth of the season versus Gardner’s five.

The latter therefore needs at least three points to guarantee he claims the title regardless of his team-mate’s efforts, equating to a finish of 13th.

Asked by Speedcafe.com what he thinks when he sees that number, Gardner said, “If no one crashes into me, it should be fine.

“You know, if we don’t get caught up in any incidents and I don’t do anything silly and everything goes accordingly, should be an easy task,” he added, putting emphasis on the ‘easy’ to suggest he is still wary of possible mishaps.

Moto2 is the last championship alive after Yamaha’s Fabio Quartararo wrapped up MotoGP with two rounds to go, at Misano, and KTM Ajo’s Pedro Acosta secured the Moto3 title in the Algarve Grand Prix.

Which KTM Ajo rider wins the intermediate class crown depends on the outcome of the Valencia Grand Prix, practice for which starts this Friday.