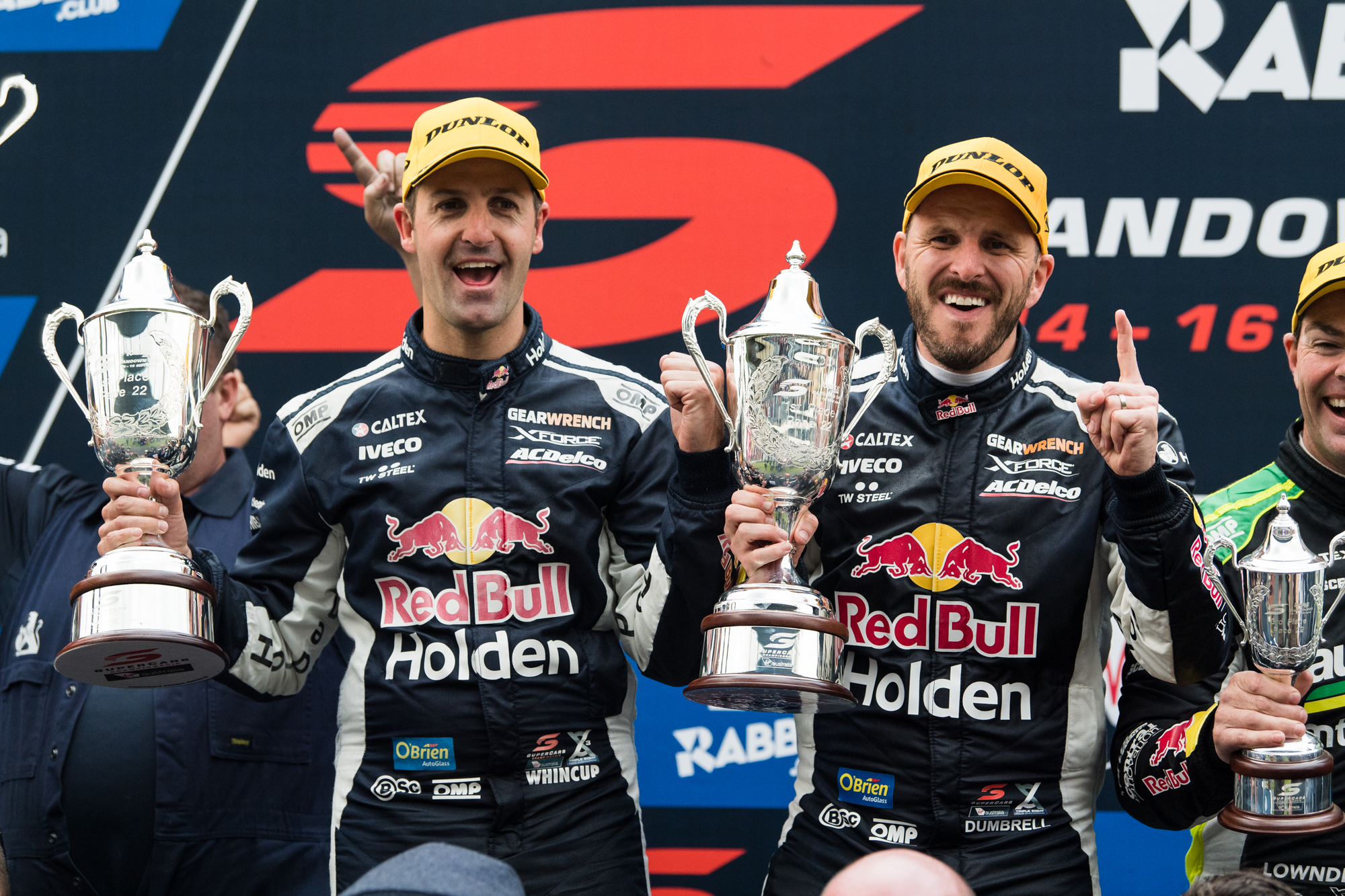 Paul Dumbrell has ruled out following other Bathurst 1000 winners in coming out of retirement for a renewed shot at Great Race glory.

Dumbrell conquered the Mountain in 2012 with Jamie Whincup, and retired from Supercars Championship co-driving duties three years ago.

When asked if he’d ever consider making a return, the 39-year-old had little hesitation.

“No,” he told the Parked Up podcast.

“I’ve had a few phone calls over the last couple of years, ‘is it something that I would want to do?’

“I had the most fortunate career that I could ever wish for, from a full-time point of view and then as a co-driver perspective.

“Coming back, it would be awesome – I have got four kids under five, so it would be great for them to put their dad racing a car around Bathurst into their memory, but at the end of the day, I’ve had my crack and have been really fortunate to have a couple of good races up there over the years.

“To go up there and take an opportunity away from a young guy or whatnot… I’m happy with where I’m at, and I’d probably make myself look silly these days as well.”

Dumbrell is nowadays CEO of Total Tools and remains an alternate board member at Triple Eight, having sold his stake in the team earlier this year when Tony Quinn acquired a 40 percent share.

Prompted about Broc Feeney, the teen who will succeed Whincup as a Triple Eight main game driver next year, Dumbrell declared the team’s winning knowhow and environment would help him considerably.

“I really think the environment that they’re in, he will actually really step up and probably shortcut a couple of years of development that the younger guys would normally have in other teams… I certainly think he will turn a few heads next year.”

Feeney will make his second Bathurst 1000 start next month, paired with Ingall in a wildcard effort.