Anton De Pasquale added another two trophies to his haul from Sydney Motorsport Park but a third podium result went begging due to a transaxle failure. The Shell V-Power Racing Team driver debriefs his weekend in the latest edition of his The Distiller column, presented by Dasher + Fisher.

So, we were back at Sydney Motorsport Park for another weekend of racing… but this time it was a little different.

From the outset, we were pretty much expecting rain all Sunday, which could throw a cat amongst the pigeons. But I’ll come back to that.

After such a good first round at SMP, we were in a different position to the Townsville double-header from earlier in the year.

Up there, we needed a change of philosophy to try to run down the Triple Eight guys. Here, we were on the front foot so it was more a matter of finetuning.

And it all started well.

The car rolled out decent but just with the wind and the way the track was, it probably wasn’t as comfortable as the week before but I think everyone was in a pretty similar boat.

After being fastest in both practice sessions, we were pretty excited for qualifying, but that was over basically before it began for us. I rolled out of the pits and had no gears which was pretty weird because there had been no sign of trouble when I was sitting in the car only an hour or two earlier.

We have had a few issues, a few DNFs this year which is not ideal but from a championship point of view, I’m not hurting too much because I don’t anyone is going to beat Shane this year with or without DNFs.

The crew at Shell V-Power Racing are the best in the business and they’ll have a good look at it and how we’ll be better going forward.

Anyway, we had to do with what we had. It was hard to be too ambitious from starting last with not too many strategy options and everyone being so competitive, but coming out behind Will [Brown] made things worse after his slow stop.

He’s been one of the fastest guys these couple of weeks so I just couldn’t get past him. We definitely weren’t going to get a podium but maybe back end of the 10 was possible, but 12th it was.

It was kind of unfortunate that the rain did come for qualifying on Sunday morning because our dramas from Saturday had meant we had a tyre advantage with two green sets of softs up our sleeve. 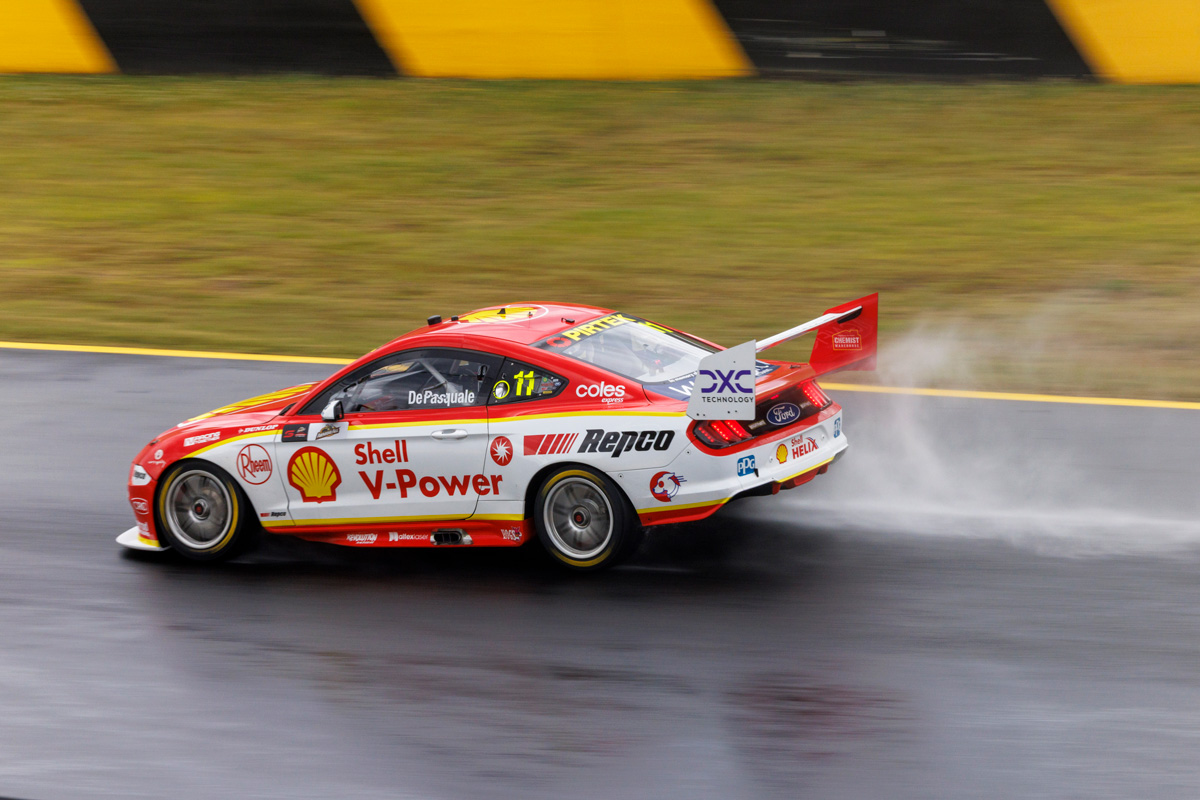 It was good to run in the wet though because we haven’t done much of that with the team yet; just a little bit at Sandown and The Bend so far. It’s good just understanding what the car needs in the wet and have a plan in our back pocket for any time it rains, so it worked out okay for personal and team development.

We still managed first and third, but starting on the wetter inside line for the earlier Sunday race made it hard to get a good start so we fell behind Shane, which obviously wasn’t the plan with us being on softs and him on hards.

We hit the lead after a couple of laps and started working on the gap.

Our tyre life and pace on the softs was actually pretty good, so we were able to run a bit longer and get a tyre overlap which helped us for later in the race, so the guys played that really well and got rewarded with a win.

It was good to sneak a dry race in but the heavens certainly made up for it with the later race that night.

It was interesting, to say the least. I’ve never done much wet driving at night in a race car.

We had a moment with Shane where I missed the restart and he was a lot ballsier than me into Turn 1 and had a big off.

Besides that, the spray factor for me was pretty good just being behind Jamie but obviously you never do have it too bad when you’re only behind one car – it’s more when you’re five or six deep.

But generally the visibility was low because it’s dark, it’s night and a lot of the rain is going past the lights so it’s darker than what it would be. 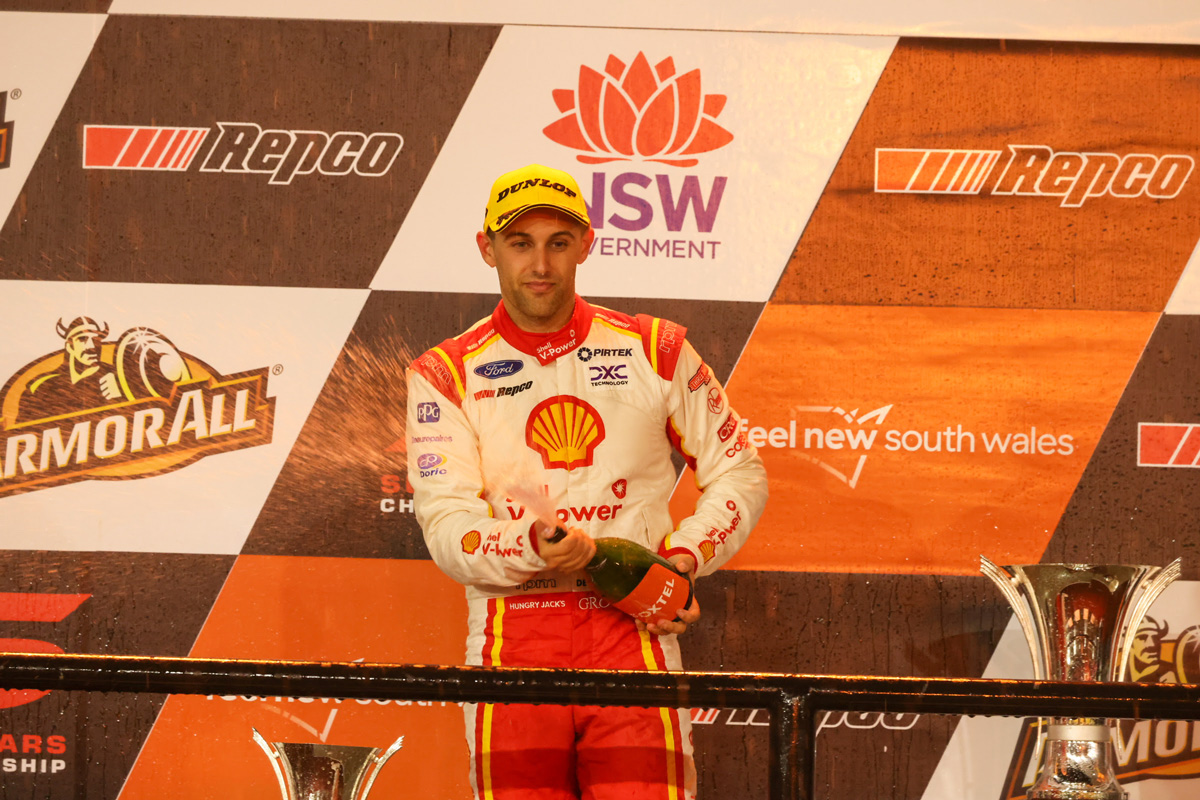 De Pasquale on the podium

So definitely eye-opening and a lot of mental energy going into keep the car on the black stuff.

Obviously I would have liked it to keep going, just being on four fresh tyres, get enough temp into them and maybe giving Jamie a run for the win, but yeah in hindsight that probably was never going to happen, just the way there was a fair few rivers forming across the track.

Safety is always key in that aspect but the racer in me, you always want to race.

Overall, we got a couple more trophies and we’re back in the mix for the SMP prizemoney.

We’re back to day racing and single-compound tyres next weekend and it should be game on, with everyone pushing hard to take steps forward.

We’re definitely not taking our foot off the throttle, so looking forward to it.

Thanks for your support.