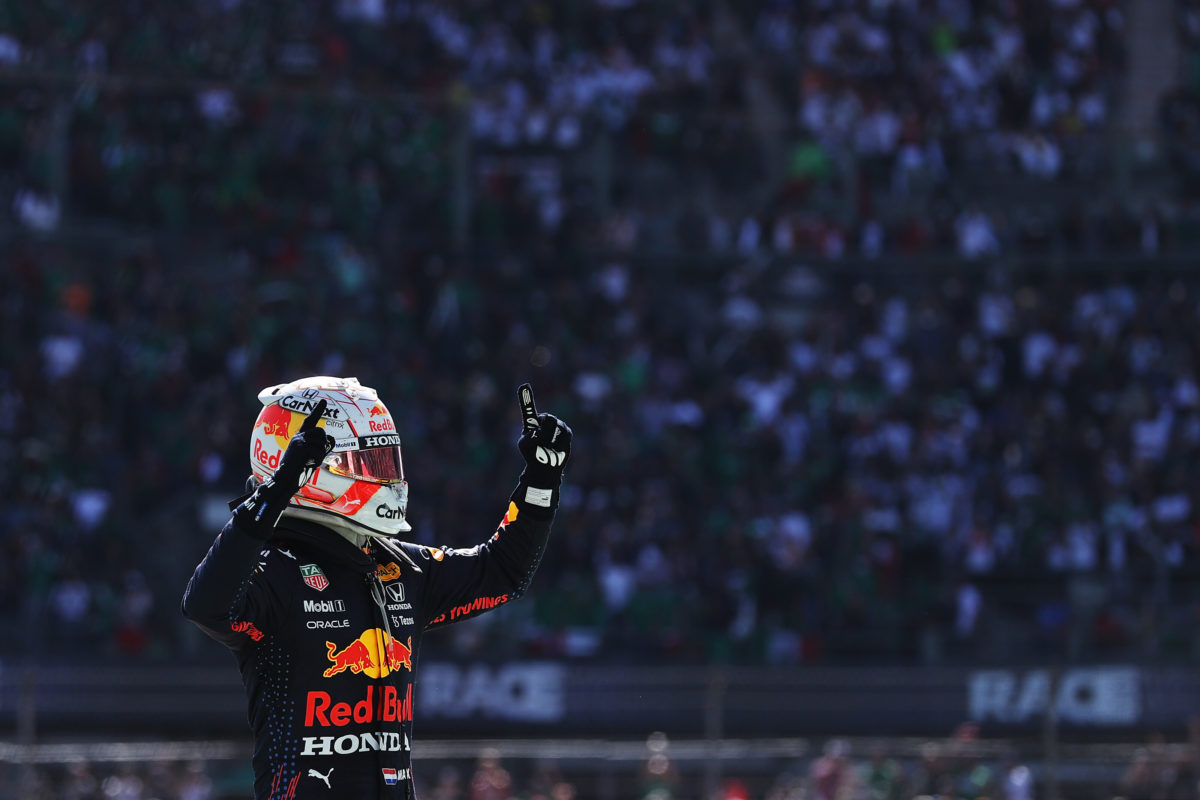 Victory in the Formula 1 Mexico City Grand Prix has left Max Verstappen to suggest his title aspirations are “looking good”.

It’s the largest points advantage he’s held since the Styrian Grand Prix, Round 9 of the championship, where he had a 32-point buffer.

That was quickly eroded away at the following two events, at which he took just five points versus Hamilton’s 45, but has bounced back to win four of the last seven races.

“[There’s] a long way to go,” Verstappen said of the championship situation.

“It’s of course looking good, but also it can turn around real quickly.

The Dutchman enjoyed a strong start from third in Mexico, drawing alongside pole-sitter Valtteri Bottas on the run to the first corner before out-braking his Mercedes rival.

It was a key move that saw him claim the lead, an advantage he would only cede during the pit stop cycle.

“I kept it on the track and went from third to first, and that was basically what made my race, because then I could just focus on myself.

“Incredible pace in the car, so I could just do my own thing.”

Bottas meanwhile struck trouble, his race unravelling after he was tagged by Daniel Ricciardo.

It left Hamilton as the only Mercedes represented in the points, while Red Bull claimed first and third courtesy of Verstappen and Sergio Perez.

That resulted in a 22-point swing in the constructors’ championship, with Mercedes now just a single point clear at the top of the standings.

In the drivers’ championship, it is now a two-horse race with Bottas mathematically eliminated from title contention.

F1 next heads to Interlagos for the Sao Paulo Grand Prix, a venue Red Bull was successful at on the sport’s last visit in 2019, though a location at which Mercedes has won on four occasions since 2014.

Free Practice for that event gets underway at 02:30 AEDT on Saturday morning.