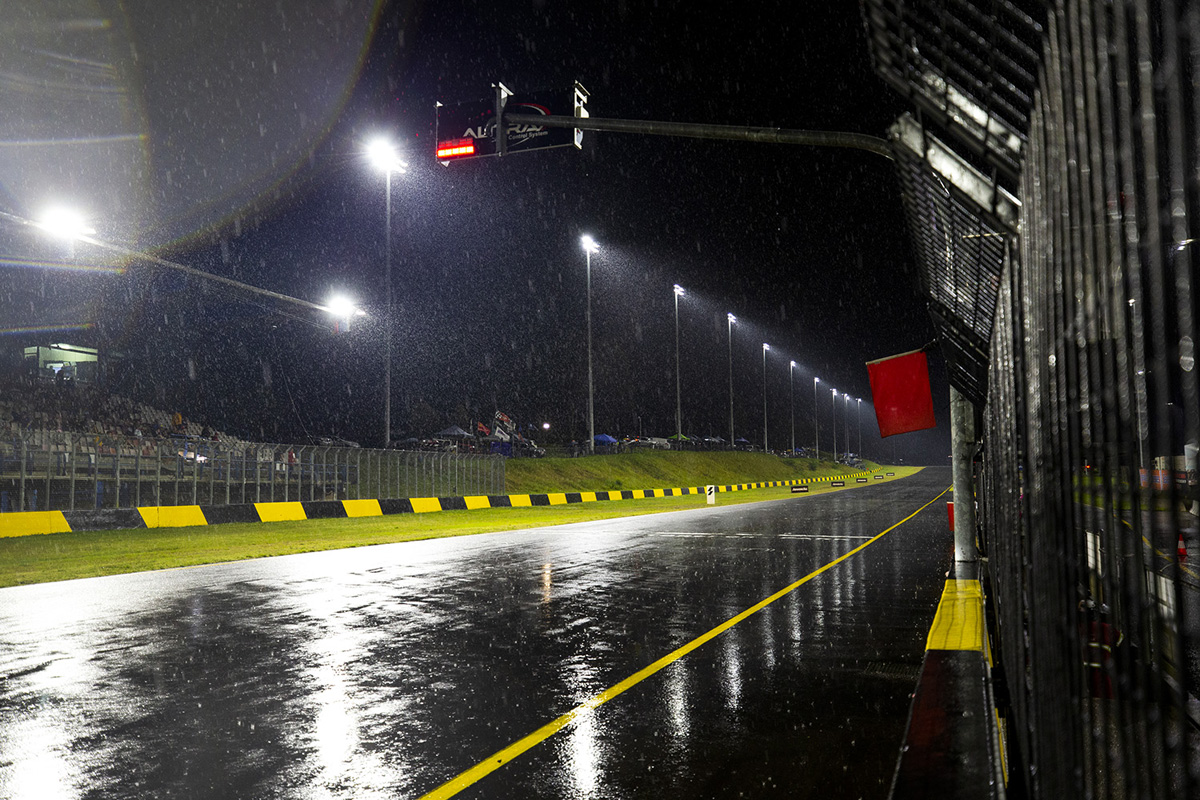 The final outing in the second event of four at Sydney Motorsport Park was ultimately cut short of the scheduled 32-lap distance due to inclement weather.

In the end, the field was brought into the pit lane before the race was eventually called, with final results counted back to the completion of 23 laps.

A Safety Car intermission preceded the stoppage in which race leader and eventual winner Whincup noted conditions were getting worse.

“I don’t think [the conditions] get much worse than that. In the dark, teeming down.

“There was quite a decent river across the track at Turn 4 and Turn 1 was getting a bit how-ya-going with all the puddles and everything. It was a matter of just tip it in and hang on.

“As I said after the race, the driver in me wanted to keep going but the team owner thought it’s sensible… when we’re coming back next week, we can’t tear up six or seven cars and have a grid of about 18 next week.

“I believe it was the right call in the end.”

Boost Mobile-backed pair James Courtney and Brodie Kostecki collided on Lap 1, which resulted in them both burying themselves in the outside wall out of Turn 3.

Having suffered power steering problems earlier in the race, Jake Kostecki would bring out the second and ultimately last Safety Car intermission after he crashed at Turn 1.

De Pasquale, who claimed his 11th podium with the Shell V-Power Racing Team, echoed Whincup’s sentiment and said restarting the race could have caused carnage with the field bunched up.

“Pretty sketchy, especially once the Safety Car got called, then it really started bucketing down and getting pretty wet,” he said of the conditions.

“Pretty much what Jamie said. Most of the track was alright, but there were two or three [corners] that were pretty bad, just rivers across the track and you sort of become a passenger for part of the corner.

“You never want that. Especially restarting that, something’s going to go down, for sure.”

By and large, the conditions didn’t seem to faze third place finisher Chaz Mostert, who hauled his Mobil 1 Appliances Online Racing entry from last to the podium.

While standing water was problematic, the 2014 Bathurst 1000 winner went as far to suggest the night conditions made it easier to run in heavy spray.

“The spray for me was actually the best it’s ever been in that kind of wet weather conditions,” Mostert explained.

“In the day time when you have the spray that far back it’s so glary that you really get whited out. Here, you see the spray, but you can still see the track limits with the yellow lines and stuff like that.

“I thought it was pretty good. I think just before the Safety Car got called at the end it was actually probably perfect timing, more the fact of – like these boys said – there were a couple of corners that were just getting too dangerous, Turn 1 especially.

“It didn’t matter what line you took there but it felt like you were about to go off into the grass and there were a couple of other rivers through the track as well.

“Kudos to Supercars for calling that. Obviously, the fans in the stands want to see a fantastic finish, but safety, cars, and all that stuff, it was the right call in the end.”