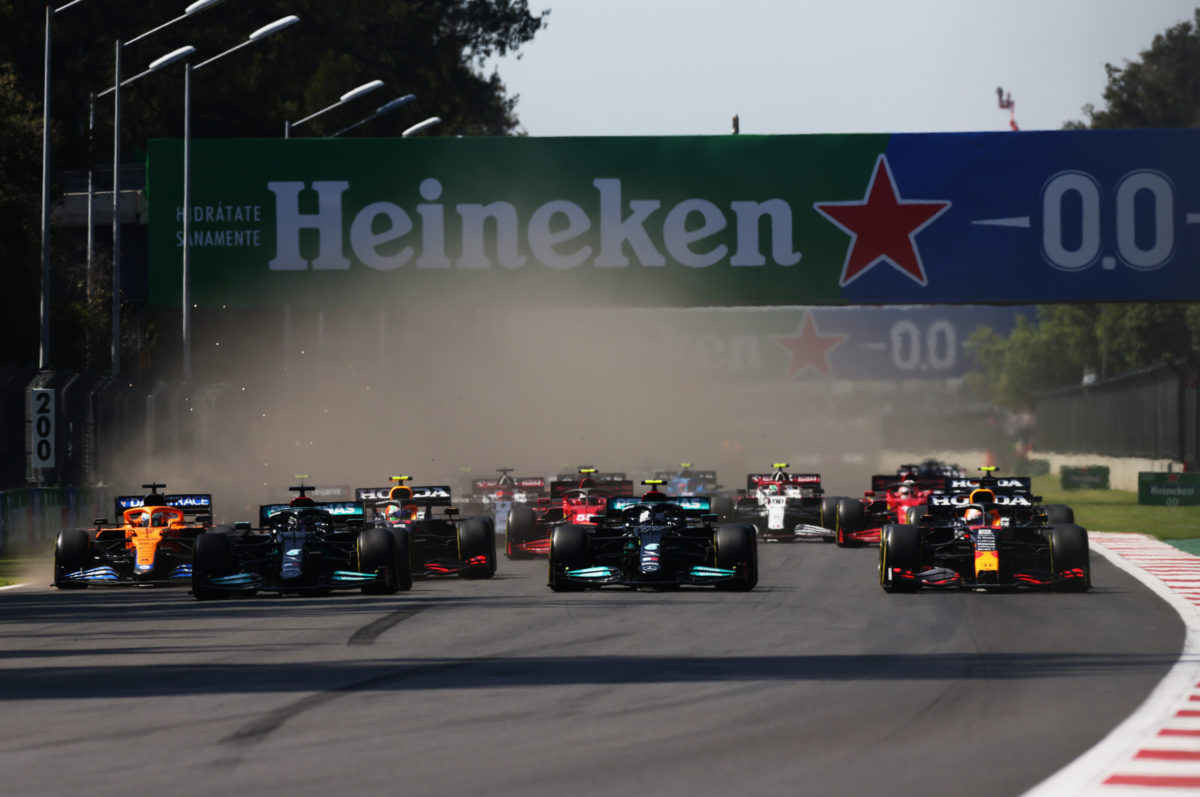 Lewis Hamilton has said Valtteri Bottas got it wrong at the start of the Formula 1 Mexico City Grand Prix to allow Max Verstappen to seize the lead at Turn 1.

The Red Bull driver started third, directly behind Bottas on the grid, and drew alongside as the field ran to the first corner.

Later on the brakes, Verstappen then gained the initiative over Hamilton while the second Mercedes had its race compromised after being tagged by Daniel Ricciardo.

“I had envisaged it differently, naturally, in the sense that Valtteri maybe would get a better start and I would have tried to get into his tow,” Hamilton said of the stat.

“But obviously I was alongside him, which was good, and then I was just covering my side of the track, trying to make sure no one could come up the inside, so I was trying to keep whichever Red Bull I could see in my mirror behind.

“I thought Valtteri would be doing the same but obviously he left the door open for Max,” he added.

“And Max was on the racing line, so he did a mega job braking into Turn 1 and, because I’m on the inside on the dirt, there was no hope for me.”

The fast-approaching Ricciardo then tagged Bottas’ right-rear, pitching him into a spin and heavily compromising his race.

“That made the race a lot harder, naturally,” Hamilton noted.

“Having one car ahead just means they can play on the strategy.”

Red Bull did not however have the strategic freedom it would have liked, with the Ferraris of Carlos Sainz and Charles Leclerc loitering just inside Sergio Perez’s pit window.

Running third, ideally the Mexican would have been called in early to undercut Hamilton, forcing Mercedes’ hand.

However, unable to do so they instead ran Perez 11 laps longer than Hamilton, creating a tyre delta which saw the pair running nose to tail in the final 10 laps.

“Sergio I think was super-close within that first stint and I couldn’t really pull away from him,” Hamilton explained.

“We stopped, and I think the team did a great job.

“It was just we didn’t have really much left on the tyres at the end.

“But where there’s a will, there’s a way; we managed to keep them behind.

“One more lap and I think it would have been over.”

Hamilton now trails Verstappen by 19 points in the championship with four races to go, the next of which is the Sao Paulo Grand Prix which starts on Friday.