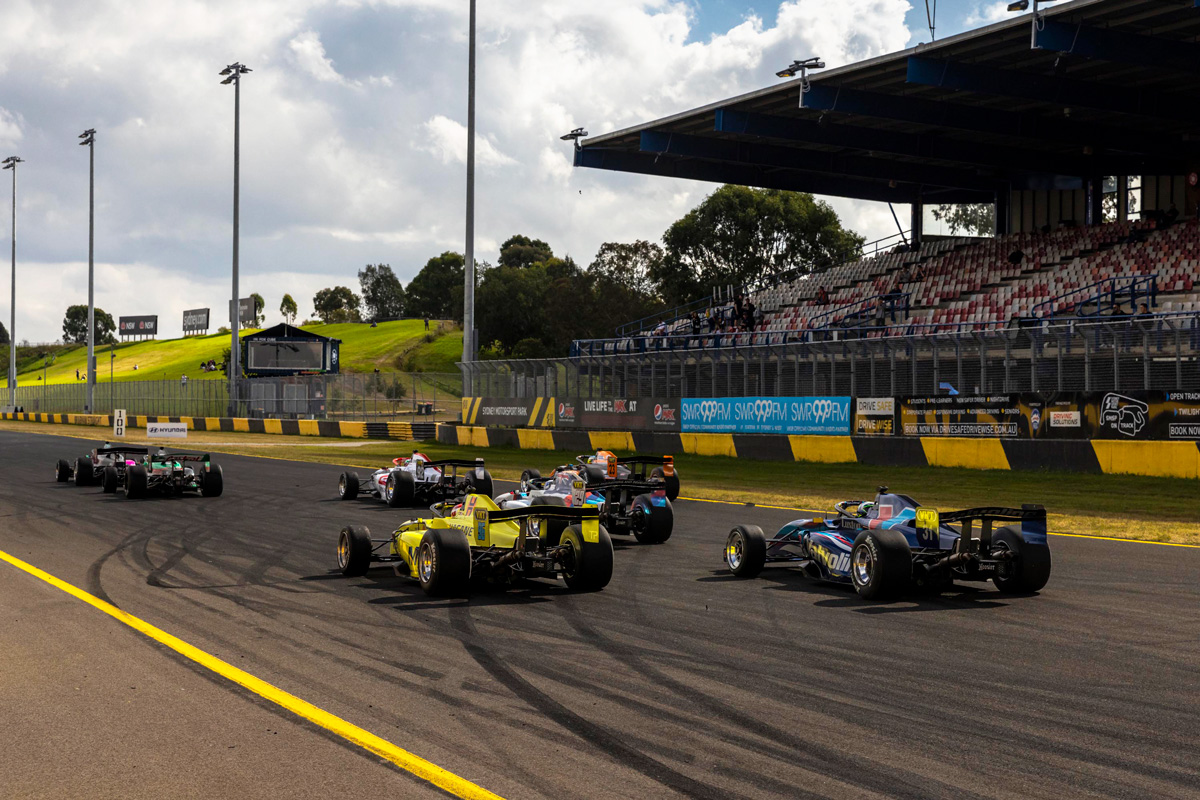 S5000 has announced how its upcoming Tasman Series will be decided.

The two-round, seven-race competition will take in visits to Sydney Motorsport Park on November 19-21 and Mount Panorama for the Repco Bathurst 1000 (November 30 to December 5).

The final race at each event will carry the most significance, with 60 points to be awarded on both occasions.

Per the category’s announcement, the race formats and points system will be as follows:

ROUND 1 AT SYDNEY MOTORSPORT PARK

Qualifying: 10 points for pole down to 1 point for 10th

Race 1: Grid based on qualifying; 30 points to the winner

Race 2: Grid based on the top 75 percent of the Qualifying order being reverse;  20 points to the winner

Race 3: Grid based on points from qualifying, Race 1 and Race 2; 60 points to the winner

ROUND 2 AT MOUNT PANORAMA

Race 4: Grid based on qualifying, 30 points to the winner

Race 5: Grid based on the top 75 percent of the Qualifying order being reversed; 20 points to the winner

Race 6: Grid based on the top 50 percent of the Race 5 finishing order being reversed; 20 points to the winner

S5000 category administrator Liam Curkpatrick explained: “The sporting regulations for the S5000 Tasman Series are based very closely on the successful formats we had in place for the Gold Star championship earlier this year.

“The only major change is the addition of an additional race to the program at Bathurst, Race 6, where we will reverse the top half of the grid from Race 5.

“The races where we reversed the top portion of the field were among the best of the season this year, so we wanted to ensure that continued, but we have also tried to minimise the impact on the Tasman Series standings by ensuring those races have less points on offer.

“The big-ticket races are the first of each weekend and then the final race at each round.

“We think the format is the best mixture of offering pure competition, giving competitive cars a chance to run at the front even if they don’t qualify there and offering plenty of entertainment for the many fans who will be watching.

“With the varied race formats, the driver who lifts the Tasman Cup will have absolutely earned it over two important qualifying sessions and seven races.”