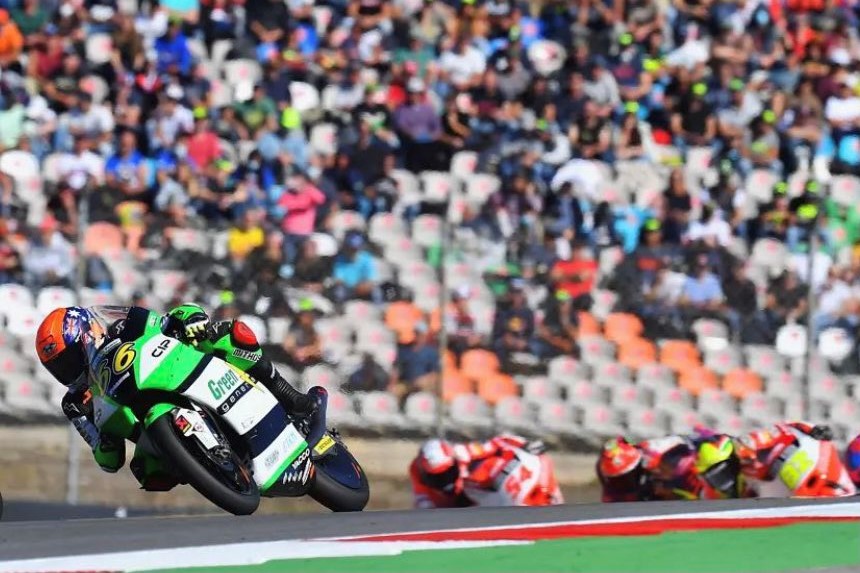 Kelso, who will be a regular with CIP Green Power in the lightweight class next year, finished 14th in his third start with the team, at the Algarve Grand Prix.

The Territorian missed Qualifying 2 just 0.139s and lined up 19th for the 21-lap race around Portimao, during which he ran as high as 13th, but subsequently dropped as far back as 20th on Lap 17.

Acosta faced a simple scenario in so much that a win, and only a win, would guarantee the championship would be his with a round to spare, and that is what he went and achieved.

The Red Bull KTM Ajo rider qualified only 14th but was quickly within a lead bunch which included his only remaining rival for the title, Dennis Foggia.

After 19 laps of typical Moto3 cut and thrust, Foggia nicked the lead from Acosta at Turn 11 on the penultimate tour, putting himself back in a position to keep the championship alive.

Acosta had just seen off an attempted pass by Sergio Garcia at the start of the final lap when he went down the inside of the #7 Leopard Honda at Turn 3.

That much was clean, but when Darryn Binder (Petronas Sprinta) tried at the same time to make an advance from fourth position, he clattered into Foggia, who in turn cannoned into Garcia’s GasGas entry.

That relieved the pressure on Acosta, who beat Andrea Migno (Snipers) by 0.354s in the end. 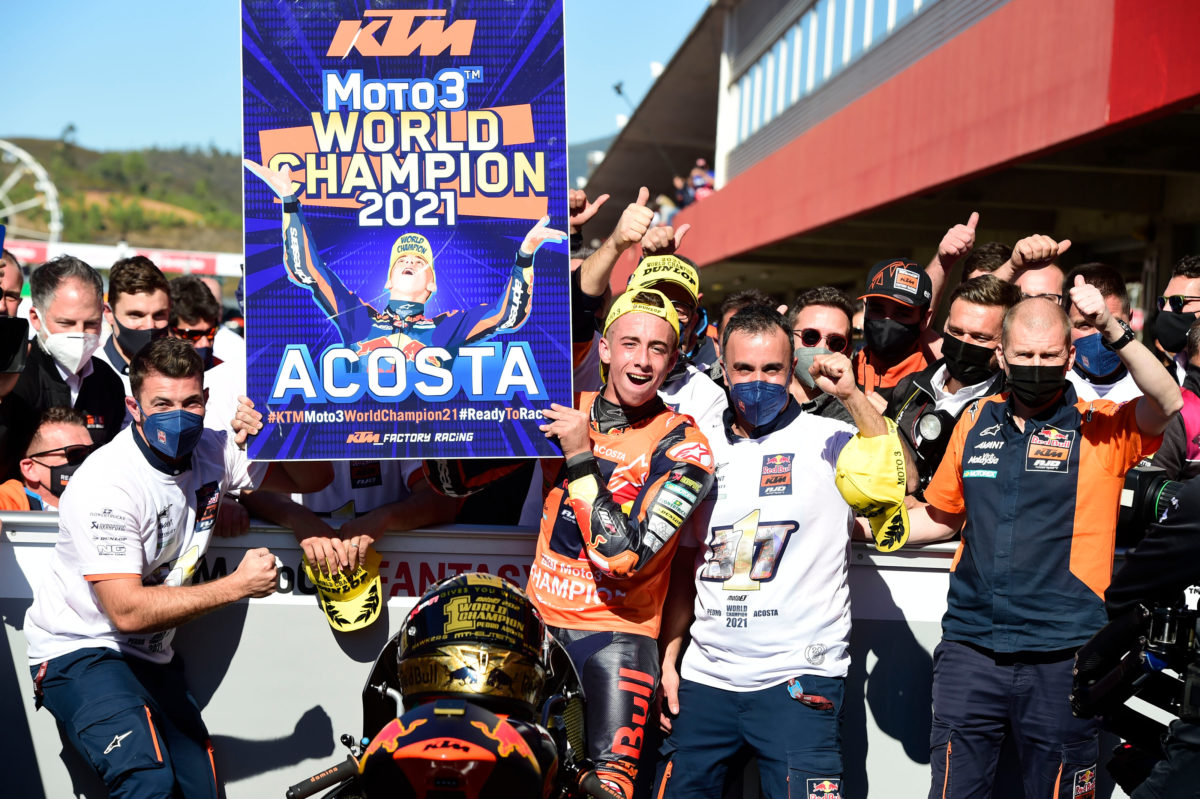 “I don’t have anything to say,” remarked the championship-winning Spaniard.

“I cried the whole last lap, I can only say thanks to the whole team, Aki [Ajo, team boss], KTM and Red Bull.

“At the start of the season, I didn’t just get a team, I got a family.

“Thanks to all the guys who always believed, all the people in the background always pushing me, everybody.

Acosta will move up to Moto2 next year, staying with KTM Ajo.

His stablemates Remy Gardner and Raul Fernandez finished one-two in the intermediate class race at Portimao, and will go for the title when the grand prix season concludes this coming weekend (November 12-14) at Valencia.

Whether or not Kelso will race there is unclear, with Maximilian Kofler still a chance of returning after having to sit out the Algarve Grand Prix due to a COVID infection.