Youlden has ‘got rid of the nervousness’

Youlden has ‘got rid of the nervousness’ 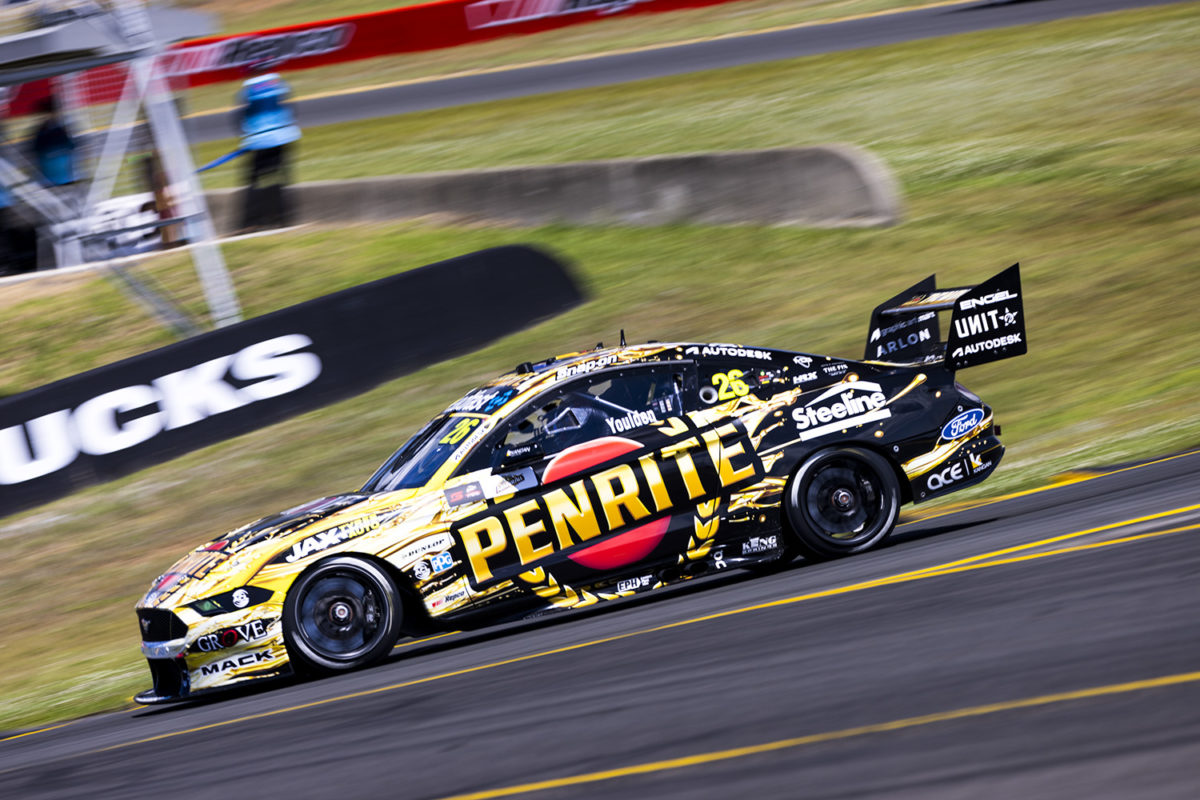 Luke Youlden is optimistic of further progress in his second day standing in for David Reynolds at the Armor All Sydney SuperNight.

With Reynolds sidelined as he awaits a second COVID-19 jab, his enduro co-driver has taken over the #26 Kelly Grove Racing entry for the time being at Sydney Motorsport Park.

The event is thus the 43-year-old Youlden’s first in the Repco Supercars Championship as a solo driver, but one which came after just days notice.

He finished his first race into the gig in 24th, from 21st on the grid, and expects to be more comfortable in the following hit-outs.

“I think I’ve got rid of the nervousness now,” Youlden told Speedcafe.com just after Race 23.

“I think I know where I’m at, what I need to work on. Having a sleep on it, it’s just going to make it so much better as well.

“Obviously, the format of the day was very fast-paced – you don’t have time to digest anything; you’re sort of in the car the whole time – so, looking forward to just chilling and having a bit of a think about it, work on a few things, and there are a few things we need to work on in the car as well.

“And then, a few little technique things I need to work on to help that as well, so a big old day [today], especially if it’s wet.”

Youlden was one of four who started Race 23 on soft tyres before the necessary switch to the hard compound, and admitted he did not maximise the opening stages.

“I was intense,” he recalled.

“I knew coming in that the level of competition is pretty fierce – they’re very, very good, these boys – so just to try and be on the grid with them and mix it with them is a pretty awesome experience.

“I just got half a second quicker each session, and felt qualifying was actually pretty good for us, to be honest. Qualified around that 20th, which is what I was aiming for, to be honest, and just kept it clean during the race.

“I think, ultimately, our strategy probably didn’t work. I didn’t make enough ground on the soft tyres to start with, but when you’re battling the likes of [Mark] Winterbottom and [Scott] Pye and those sort of guys off the start – off the couch – makes it a challenge.

Youlden is this weekend working with race engineer Alistair McVean, the man with whom he and Reynolds shared a Bathurst 1000 win in 2017, something which has helped in dealing with the task in front of him.

“Ever since I’ve been at Erebus, Alistair’s been my engineer as well,” he noted.

“So, I’ve got a really good relationship with Al and Dennis [Huijser] as well, the crew chief, and the team has made me feel extremely welcome.

“I just feel like I’ve slotted in really well and everyone’s been really accommodating. I don’t think there’s too much expectation on me; they pretty much just tell me to go and have some fun.”