‘We needed this’: Mostert storms from last to third

‘We needed this’: Mostert storms from last to third 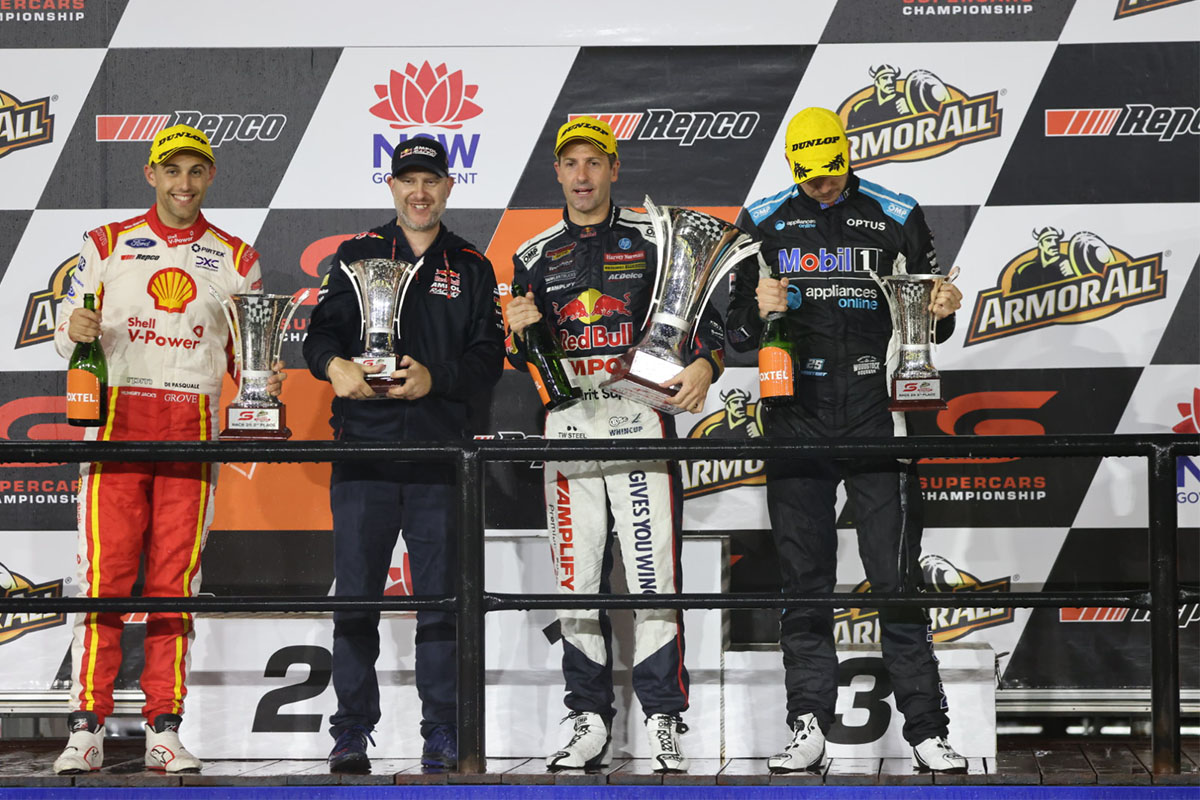 In an incredible comeback, the Mobil 1 Appliances Online Racing driver stormed from last to third in a rain-shortened 23-lap affair in the Armor All Sydney SuperNight closer.

In the hour leading up to the weekend’s finale, the #25 Holden ZB Commodore pilot was relegated from second to 26th on the grid for a technical infringement.

In the end, Mostert fought his way back through the field to claim his first Repco Supercars Championship podium since July.

The Gold Coaster’s race was punctuated by a four-way battle with Tim Slade (Blanchard Racing Team), Will Brown (Erebus Motorsport), and Will Davison (Dick Johnson Racing) in which the 2014 Bathurst 1000 winner prevailed.

“The car was fantastic,” said Mostert.

“A lot of fun, heaps of stories throughout the field, heaps of battles, back and forths, but I don’t know how we got back to third.

“I put my head down and just got on with it. The boys had a good stop and yeah, we needed this because we’ve been struggling the last week or two. This will give us some good confidence.

“You try to do something different to the car in front. Sometimes it works for you and sometimes it doesn’t. Obviously today, a lot of times it worked out pretty good for me.”

When Supercars resumed last weekend at Sydney Motorsport Park, Mostert couldn’t continue his form from the previous event at Townsville where he was twice a podium finisher.

The 29-year-old was only sixth, seventh, and seventh across the opening weekend in Sydney.

Mostert looked like he might be on course for a similarly lacking weekend after finishes of 14th and eighth across Race 23 and Race 24, only to break the podium drought in Race 25.

The conditions in the weekend’s closer were far from drought-like, heavy rain eventually bringing the race to a premature end.

That decision to end proceedings early was right, said Mostert.

“I’m kind of glad it got declared,” he said.

“It was starting to get a bit unsafe there. Just some of the rivers that come across here just sparked up.

“Unfortunately we didn’t finish under chequered flag, so sorry to all the fans that come out and braved the weather today, but I hope you guys had a spectacle racing in the night.”

Mostert occupies fourth in the Supercars drivers’ championship with three rounds remaining in 2021.