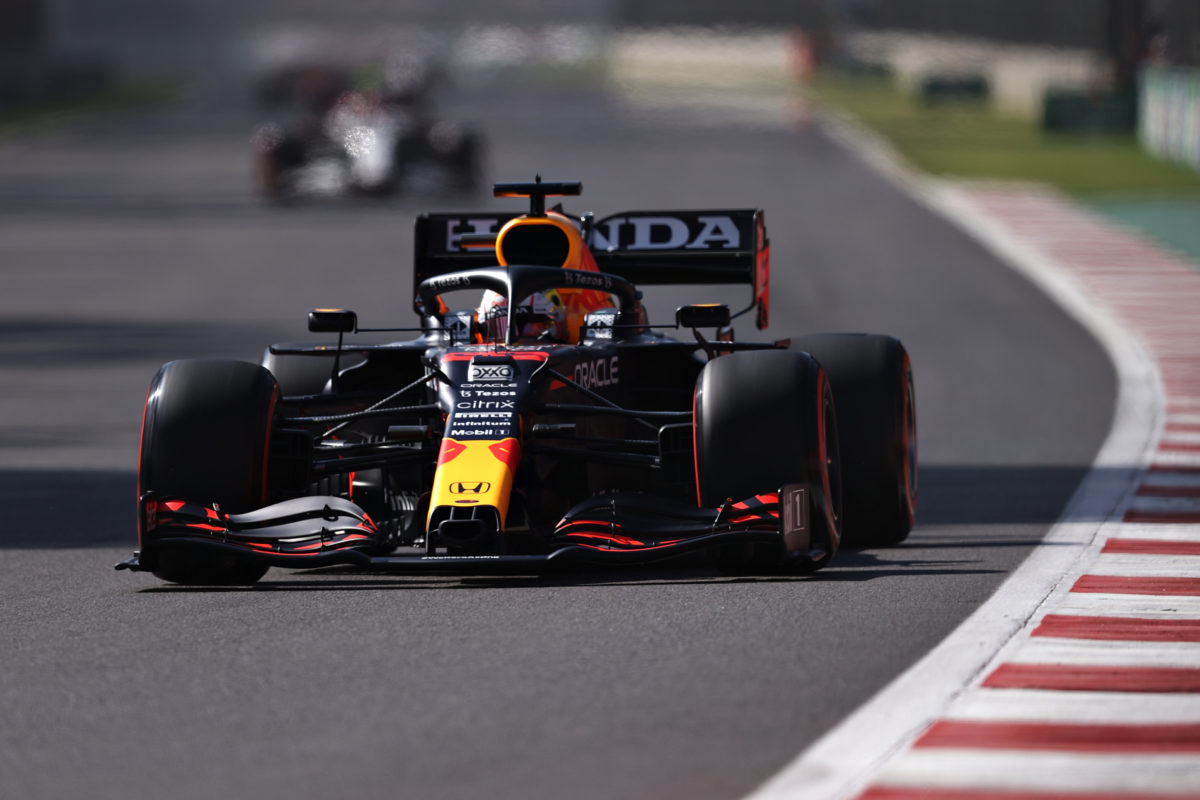 The Dutchman, who leads the championship with five races remaining, will line up third behind an all-Mercedes front row.

That comes after a Saturday performance which saw Valtteri Bottas claim pole from Lewis Hamilton, turning the tables on the form witnessed throughout practice.

“I think we were just really slow, and just terrible grip in Q3,” Verstappen said when asked if he was surprised by Mercedes’ pace.

“My last lap, we recovered that a bit, which is getting the tyres a little bit in a better window, but still not to what we would have liked, and how the car has been behaving in all the practice sessions.

“So that’s a bit of a mystery, but then tomorrow, we mainly race on different tyres anyway, so I expect the balance to be good again.”

The Dutchman had reported a lack of grip at the end of Free Practice 3, a session topped by Red Bull team-mate Sergio Perez.

However, he suggests his observations were not linked, and his struggles in qualifying owed more to not switching on the soft tyres in the final throes of qualifying.

“Not necessarily because I think the start of Q1 was good, even in Q2 it was alright,” he said of the possible link between his observations of reduced grip.

“We have to check the out laps and stuff, and of course between the first run and the second run in Q3 there was already a big difference as well.

“So a few things to analyse, but the overall [level] of concern [is] not great.”

It’s a view shared by team boss Christian Horner, who shed further insight into Verstappen’s struggles in the final phase of qualifying.

“I think we’ve looked pretty good on the medium tyre all weekend,” he told Sky Sports.

“We don’t see the soft tyre again, Max was never happy with a soft so far this weekend.

“So I think being on the medium, the hard tyre was okay for us, so first thing is to nail the start and see what formation driving there is down to Turn 1.”

While missing out on a front row berth, starting third could offer Verstappen an advantage come the race start.

The Mexico City circuit has seen little use in recent years and has proved especially dirty off line throughout the weekend thus far.

Starting third therefore offers not only the prospect of better traction off the line, but the potential to pick up a slipstream on the long run to the first corner.

“It’s a long run but also it depends how your start is and everything.”