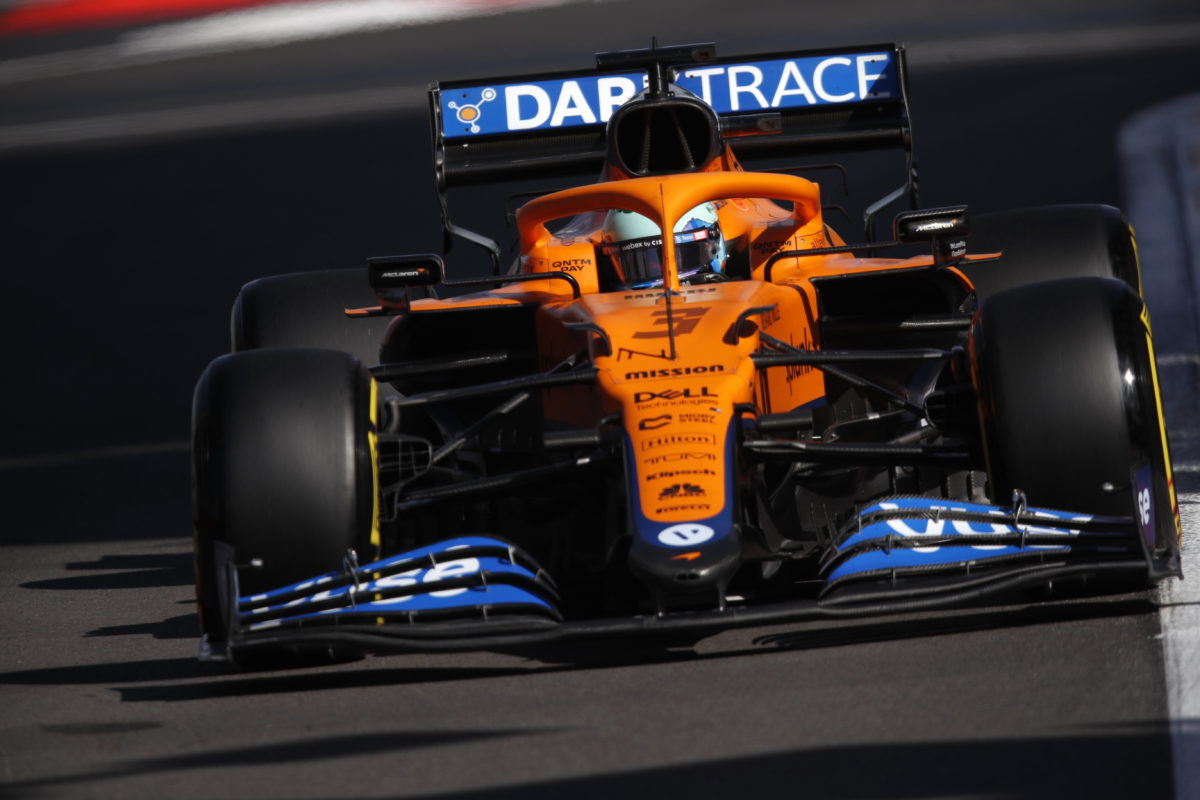 Daniel Ricciardo is predicting an exciting Formula 1 Mexico City Grand Prix for both he and team-mate Lando Norris.

The pair experienced wildly different qualifying sessions courtesy of the decision to replace a number of elements in Norris’ power unit this weekend.

He will start towards the back of the grid as a result, while Ricciardo will line up seventh.

“Tomorrow, it’s exciting for both of us,” Ricciardo said when asked by Speedcafe.com what he expects from the race.

“For me, I didn’t get the race running yesterday in FP2, so there’s a couple of unknowns, but we kind of know what we can expect.

“The start is always fun here, such a long run to Turn 1.

“You know, starts this year have been a fairly strong point of ours, so obviously [I’ll] try to execute that again and jump a few cars, and then probably just hold those out for the next 60/70 laps!”

Norris added: “I’ve got a slightly different [race] – a few more cars to try and get past.

“I don’t think we’ll be able to get all the way up to where Daniel is, and catch the Ferraris, I think they’ll be a bit too far ahead by that point.

“But it’s a long race, quite a few laps. There’s obviously a few cars ahead which are considerably slower which we definitely need to get past quite quickly.

“And then it’s about how much we can race against the Alpines, Astons, and so on.”

McLaren hasn’t enjoyed the simplest of weekends, with a gearbox issue forcing Ricciardo to sit out much of Friday.

It’s also struggled to match the pace of title rivals Ferrari, which has both Carlos Sainz and Charles Leclerc inside the top 10 on the grid.

The two squads are separated by just 3.5 points in the constructors’ championship, a margin which could well evaporate in the race.

“It’s clear when we wake up in the morning, we want to beat our competitors,” said team boss Andreas Seidl.

“And we want to hang in this fight with Ferrari as long as we can.

“Very happy with what we could achieve today, I have to say, because we had a difficult start into this weekend.

“And thanks to the great work the team was put in, together with the drivers, between Free Practice 1 and 2 yesterday and overnight, we were actually in a position today to fight with the Ferraris.

“But possible [it will] be a challenging race tomorrow, kind of damage limitation with Lando starting so far back.”