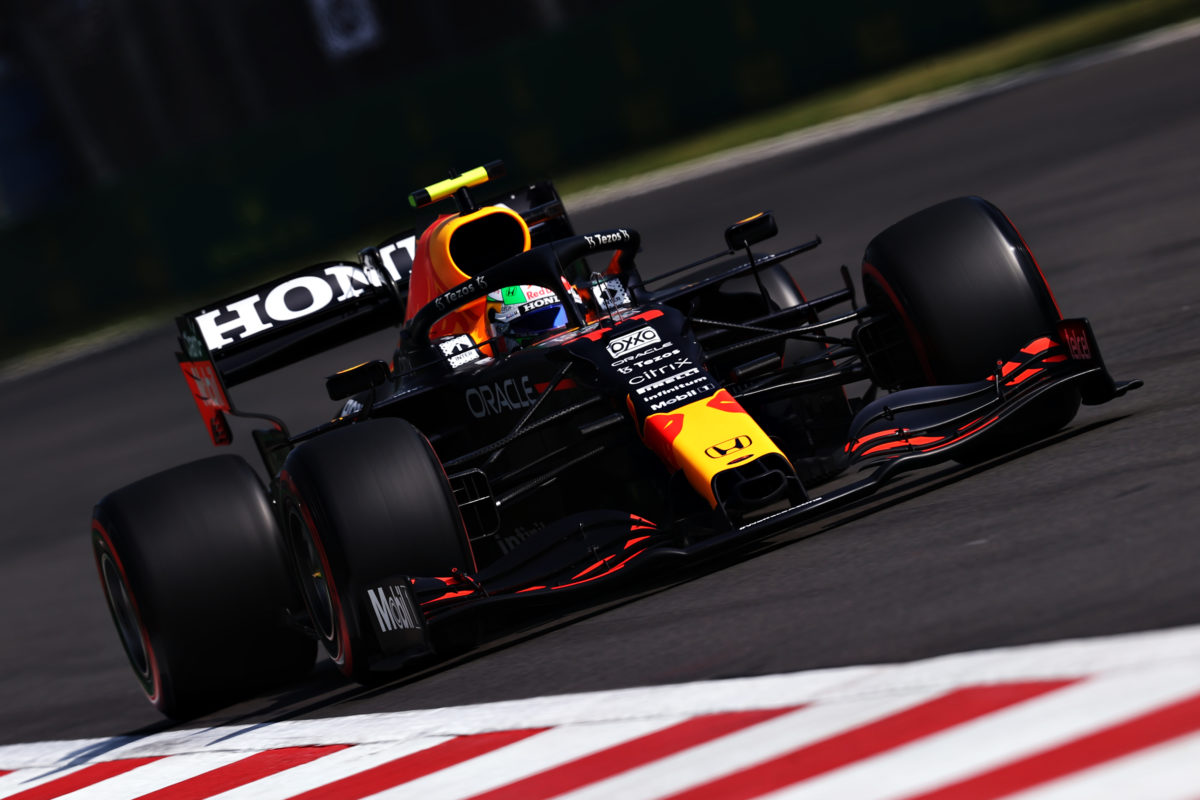 Sergio Perez has made the best of slippery track conditions to go fastest in Free Practice 3 for the Formula 1 United States Grand Prix.

Lewis Hamilton and Valtteri Bottas were third and fourth, though more than 0.6s away from the pace.

The track remained silent even once the session formally began as oil dropped during a support session had left the circuit slippery.

Yuki Tsunoda was the first to venture forth after seven minutes, the slow start seeing only Lance Stroll and George Russell doing likewise in the first 15 minutes.

Things began to ramp up after 18 minutes, Lando Norris, Kimi Raikkonen, and the Ferrari pair of Charles Leclerc and Carlos Sainz heading out.

With none of the heavy hitters on track in the early stages, the times were predictably sluggish; Raikkonen best with a 1:19.299s.

After 25 minutes, Hamilton was the first front-runner to begin a qualifying simulation run.

The Mercedes driver banked a 1:18.770s, more than two seconds adrift of times from the same session in 2019, highlighting the lack of grip.

With Lando Norris set to take an engine penalty, he and Daniel Ricciardo practiced using the slipstream to benefit the Australian down the long front straight.

The braking zone into Turn 1 was again a hot spot, with Norris, Hamilton and Fernando Alonso all skating off the road after pinching a tyre on approach.

On his third simulation run, Bottas recorded a 1:17.708s to split the two Red Bulls, a time set on scrubbed soft tyres.

On a simulation lap, Leclerc had a spin exiting Turn 3, pitching the Ferrari into a pirouette with 18 minutes remaining.

No sooner had he recovered did Mercedes bolt on a set of new soft compound tyres to both cars and send them out.

Hamilton’s effort resulted in a 1:17.903s, an improvement on his own previous best but still 0.6s shy of Verstappen’s session best.

After the circuit had been empty for the opening minutes, the final moments of the session were dictated by traffic – primarily in the stadium section at the end of the lap.

A late flying lap from Perez saw the Mexican fastest of anyone to the second split, carrying that pace for the balance of the lap to go fastest with a 1:17.024s.

Completing a timed lap with just under three minutes left on the clock, Verstappen was unable to improve and remained second quickest.

Behind the top four was Sainz, Tsunoda, Ricciardo, Pierre Gasly, Leclerc, and Norris.

Qualifying is next, beginning at 07:00 AEDT