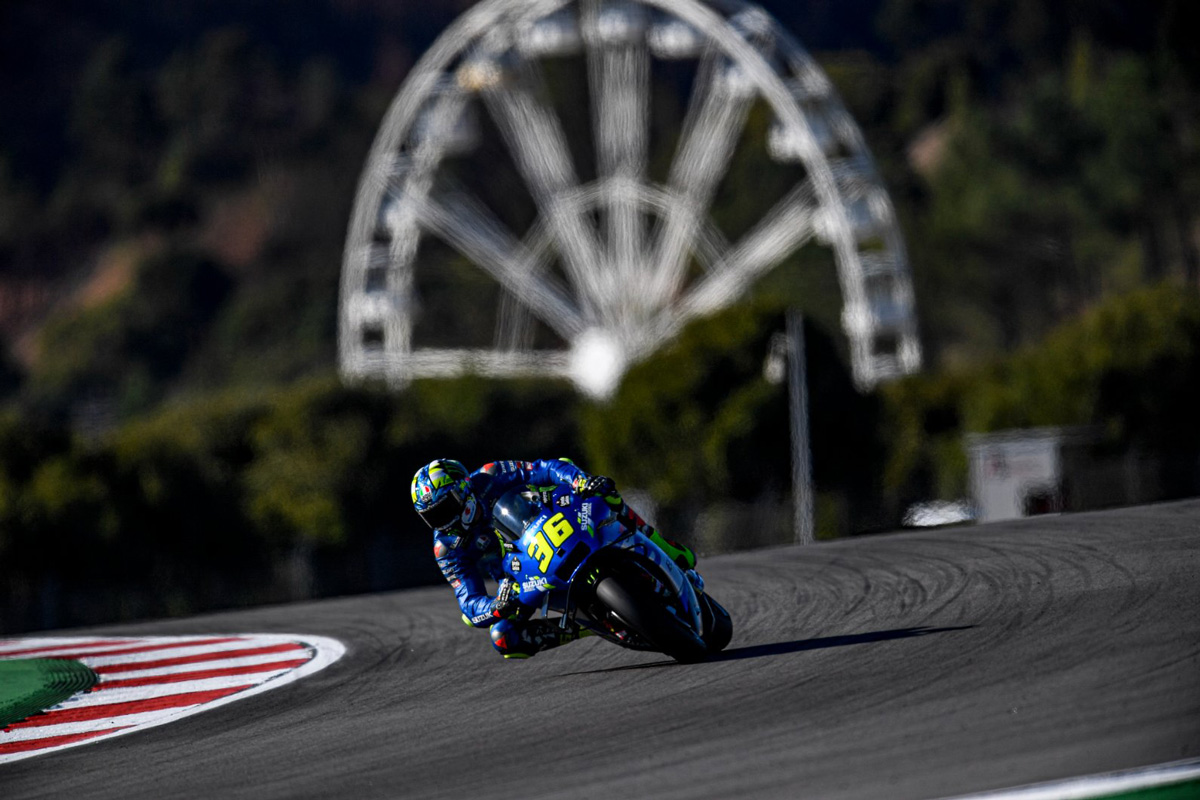 Joan Mir has ended a remarkable qualifying drought by taking a front-row starting slot for the Algarve Grand Prix.

Qualifying has long been an achilles heel for the Team Suzuki Ecstar rider, who nevertheless surged to the 2020 MotoGP world championship.

Mir was on the money in terms of one-lap pace overnight at Portimao, Portugal, qualifying behind only Ducati Lenovo Team duo Francesco Bagnaia and Jack Miller.

“Yes, well it was a couple of races before that I got the potential but for some reason weather conditions and other stuff, I couldn’t show the real potential of our bike,” he said, having last been on the front row during his title-winning 2017 Moto3 season.

“I’m happy because this first row means a lot for us.

“You know, always we try but for some reason it’s not always possible.”

The 24-year-old actually felt something even better had been possible if not for a grievance with Alex Marquez (LCR Honda Castrol) late in Q2.

Mir appeared to take Marquez to task as the session cooled down, with the latter’s body language suggesting an apology of sorts.

“It’s a shame because today I think I had something more than only that lap time but some strategy of some rider I cannot understand with this one,” Mir continued.

The penultimate round of the season, the Algarve Grand Prix gets underway at midnight (AEDT).