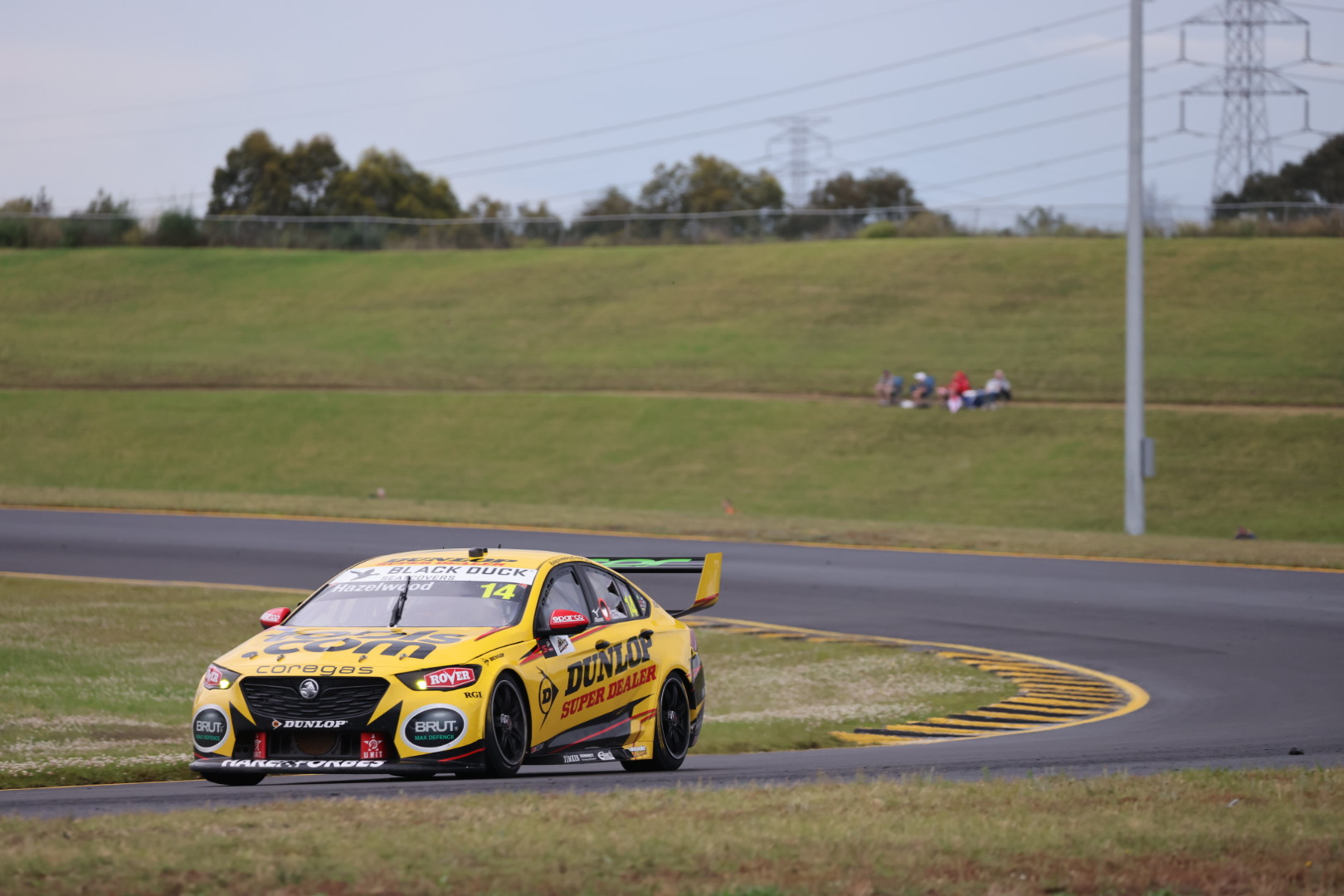 Todd Hazelwood has described the difficulty in trying to wrestle his Holden ZB Commodore after suffering a power steering failure in Race 24 at the Armor All Sydney SuperNight.

The Brad Jones Racing driver started last but rose to 20th before suffering issues early on in proceedings, which progressively got worse over the course of the 32-lap encounter.

In the end, the 26-year-old would finish where he started in 26th and one lap down on the field.

“I started having some inconsistency with the power steering around probably Lap 5 or 6 and it just progressively got worse,” Hazelwood explained.

“When we made that pit stop, we went to new tyres on the softs. I was like two hands on the top and was sort of using my knee to try and push the wheel around the corners.

“We hung on for most of the race, but I was blowing oil, blowing smoke and all sorts of stuff.

“Probably those last seven laps I just had nothing at all. I couldn’t even get it any revs to try and get some sort of assistance.

“I was limping around there towards the end trying to just finish and not do anything crazy.

“It’s just frustrating because we had a fast car yesterday. Had a good start and straight away had the issue.

“Hopefully we can get it tuned up in time [for Race 25 tonight]. Obviously it’s a quick turnaround but I’ve got full faith in the boys behind me to do a ripper job.

“Luckily the races are pretty short and it wasn’t too hot out there. We’ll get a few drinks into me and we’ll be set for the next one.”

It wasn’t an entirely disastrous outing for Brad Jones Racing.

Jones had been inside the top 10 late in the piece, only to be demoted by Percat and Irwin Racing’s Mark Winterbottom.

“Racing around here at the moment is pretty hectic with the softs and the hards,” said Jones.

“I thought we had a pretty good strategy. Made a couple of positions on the start there, which was pretty vital there to try and clear some people there.

“We need to find a little bit of speed on the hard tyre. We’re sort of struggling a little bit there, but I’m pretty confident we can do that.”

Team 18 has also this weekend battled with power steering issues, which both drivers befell on Saturday.

Race 25, which closes out the Armor All Sydney SuperNight, gets underway at 19:30 local time/AEDT.