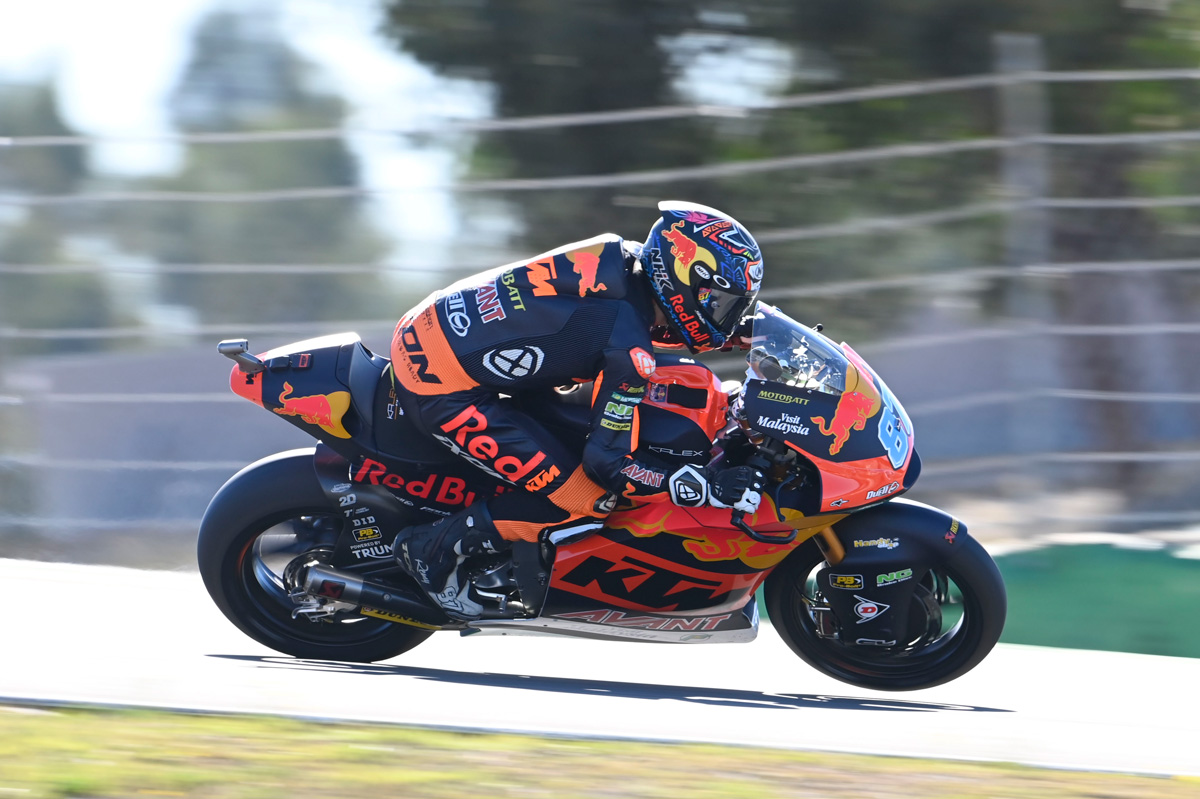 Remy Gardner has bounced back from a rough Friday at the Algarve Grand Prix to secure a front row starting slot for the potential Moto2 decider tomorrow.

The Australian shook off a painful practice crash to qualify up the pointy end alongside Red Bull KTM Ajo team-mate and title rival Raul Fernandez, who stormed to pole position.

Fernandez smashed the all-time Moto2 lap record at Portimao that had belonged to Gardner, beating that time by more than three tenths with his 1:42.101s.

Gardner could not rival that effort but did enough to secure second.

“We changed tyres halfway through the quali, so that was quite good, and luckily we didn’t get any yellow flags and managed to get some decent laps.

“Still feeling quite sore from yesterday, woke up this morning real stiff and wasn’t even sure I could ride, but anyway I’m out there pushing and just trying to put the pain out of my head.

“We have got good pace anyway. We will have to see for the race but I’m feeling good.”

Fabio DiGiantonio will start third despite having to come through Q1, with Turn 13 crash victim Aron Canet hanging on to fourth.

Gardner holds an 18-point advantage over Fernandez entering the penultimate race of the season and can seal the world championship if he outscores the Spaniard by eight points.

The Moto2 race will kick-off at 01:30 AEDT on Monday, following the premier class where Francesco Bagnaia beat Jack Miller to pole.