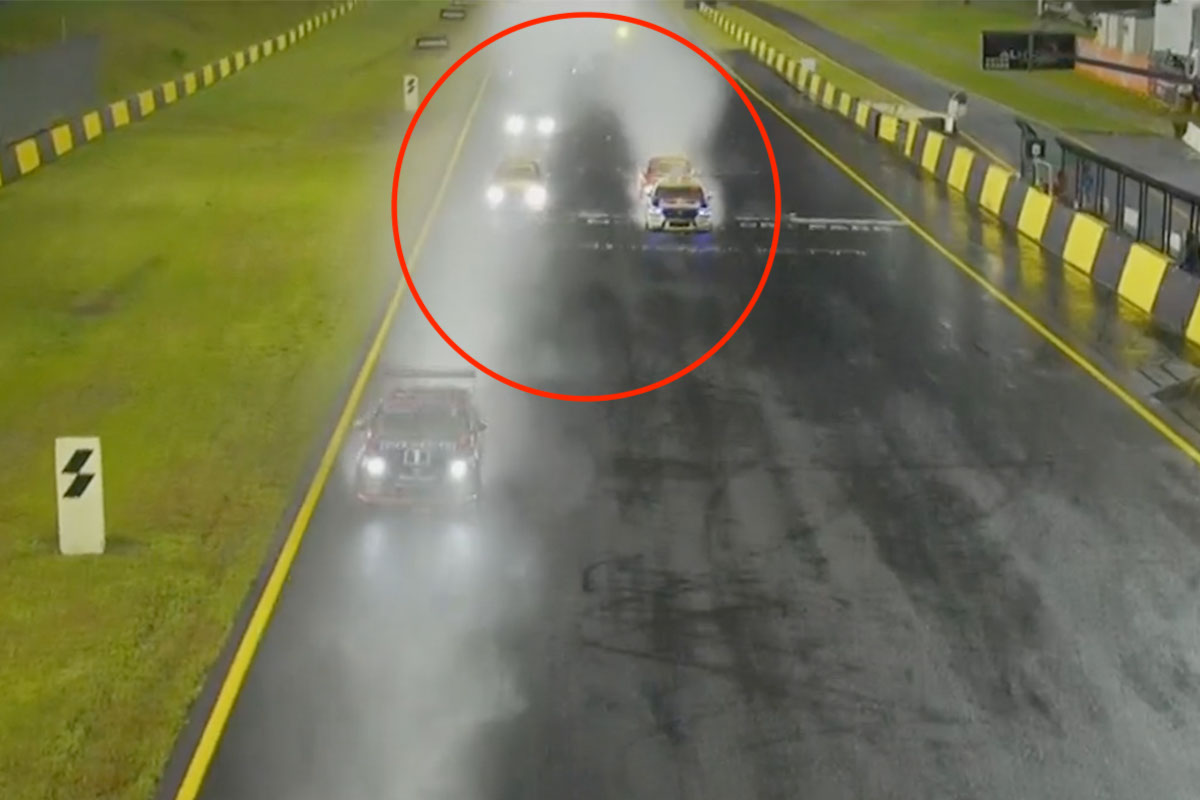 Supercars head of motorsport Adrian Burgess has explained why a pit lane penalty issued to Shane van Gisbergen was withdrawn during a chaotic Race 25 at Sydney Motorsport Park.

Controversy unfolded at the restart that followed a Safety Car period triggered by James Courtney and Brodie Kostecki’s Lap 1 collision.

Van Gisbergen speared off at Turn 1 on Lap 7 after blasting by Anton De Pasquale for third place down the pit straight.

The news soon got a whole lot worse for the Repco Supercars Championship leader when he was pinged for a breach of restart protocols, deemed to have completed an overtake on the #11 Shell V-Power Racing Team Mustang before the Control Line.

Van Gisbergen rebutted that claim when informed by his race engineer David Cauchi, and soon enough the drive-through penalty was rescinded, with Race Control belatedly taking a similar view that De Pasquale had indeed lifted.

“I think they had already made the call unfortunately for Shane and you can see Anton lifts off the throttle for 1.2s back to 45 percent throttle,” said Burgess.

“We had a look if there was any wheelspin going on, if he was aquaplaning or a reason why he would have lifted and we couldn’t see anything, so we sent that information upstairs and they decided to rescind it.”

When asked if De Pasquale could instead face a penalty, Burgess replied: “I’m going to let the guys upstairs determine that one”.

After the race, De Pasquale denied any intentional trickery.

“I missed the start, I didn’t see the green flag and they all took off and I was sort of left napping,” said the winner of Race 24 earlier today.

“He got next to me and then straight off at Turn 1, I don’t know where he ended up but he went in pretty deep. He was a lot more ambitious than I was into there.”

Having begun a recovery charge through the field, van Gisbergen was ultimately relegated to 23rd and last of the classified finishers due to a drive-through sparked by an unsafe release in pit lane.

“So the right-rear wheel nut picked up a little bit, it happens sometimes, so when it does that it gives you a false sense that it’s already tight,” explained Triple Eight Race Engineering team manager Mark Dutton.

“So on the way down the pit crew saw that it wasn’t quite down up, so jumped back on the nut just to make sure it was tight but you’re supposed to do the nut up when it’s in the air unfortunately.”

With van Gisbergen struggling and Jamie Whincup winning, the former’s championship buffer has been slashed to 337 points.