Whincup ‘a bit flat’ after being beaten by SVG again

Whincup ‘a bit flat’ after being beaten by SVG again 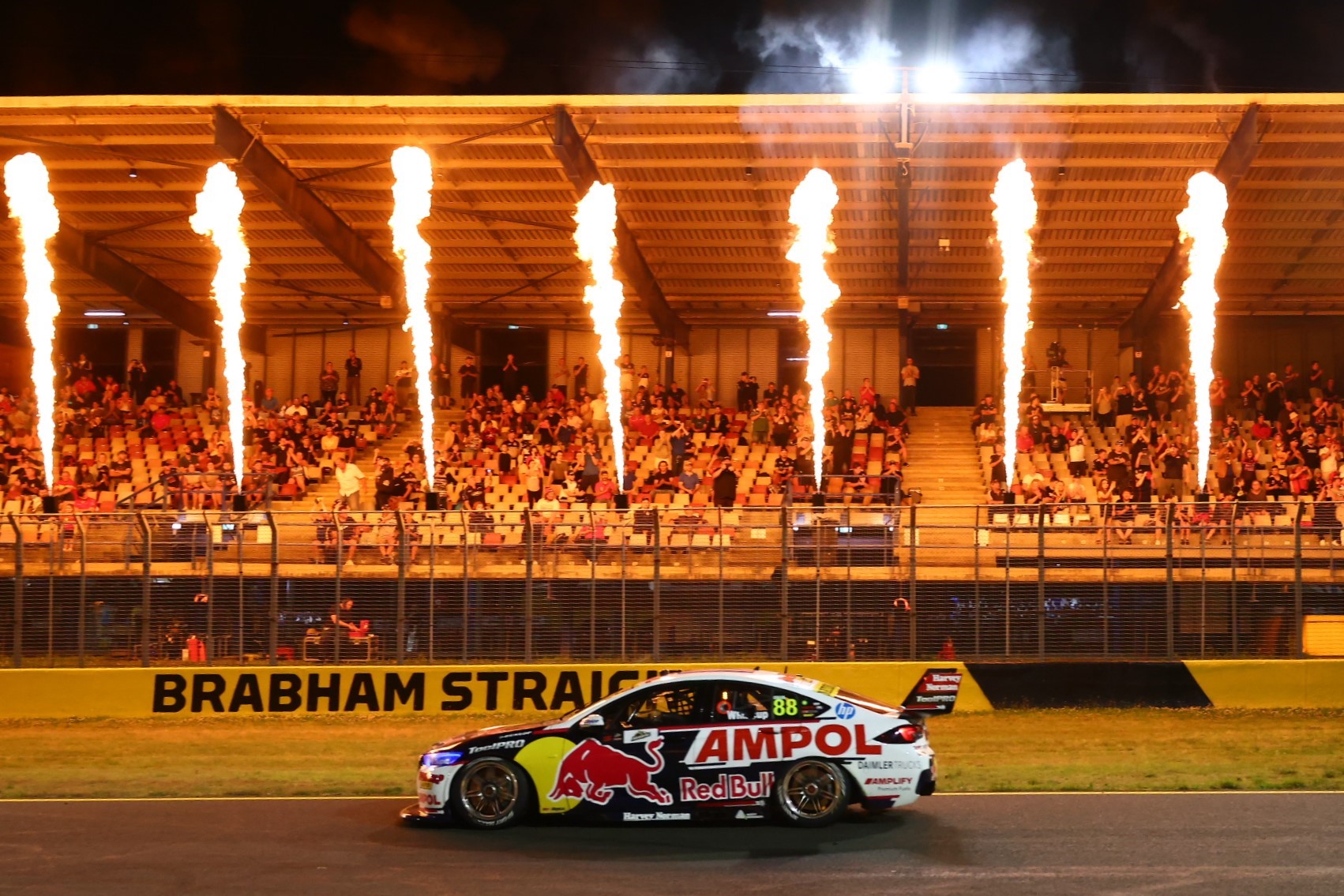 Whincup edged out van Gisbergen in Qualifying for Race 23 at the Armor All Sydney SuperNight and held sway over him early on in the 32-lap affair.

However, an undercut attempt on race leader Will Brown come Lap 5 would leave the #88 pilot to do a long run home on soft compound tyres.

That would be decisive in van Gisbergen getting another over Whincup, as the Kiwi caught and passed the seven-time champion with a little more than 10 laps to go.

In the end, the #97 would cruise home to claim victory by a sizeable 17 seconds.

It comes just a week after comments by Whincup who said van Gisbergen made him look “ordinary” at the first of four events at Sydney Motorsport Park.

“Yeah, still feeling that way,” said Whincup when asked if that was still the case.

“I’m going to go home a bit flat tonight. We went bloody hard in qualifying and missed out [on pole position] by five hundredths. You’re either first or your last.

“Did a good job but didn’t get anywhere. Go home with no stats, unfortunately. It wasn’t through a lack of trying. We’ll do it all again tomorrow.”

The Triple Eight Race Engineering one-two finish comes as the team celebrates its 250th event in the Repco Supercars Championship.

For the 2022 team principal in waiting, the second-place finish represented a what-if.

“Obviously fantastic team result, which is by far the most important thing, but so close to a win, we didn’t quite get there.

“We were fighting Brown for the win; if we knew he was going to have a slow pit stop we would’ve stayed out, but ultra-aggressive.

“We won’t get away with that tomorrow, but thought we would go ultra-aggressive because it’s nice and cool [conditions] and we hung on for P2.”

Tomorrow, Whincup is expecting to face stiff opposition not only from his team-mate, but from Shell V-Power Racing Team driver Anton De Pasquale.

Having dominated proceedings in practice, De Pasquale was dogged by a transaxle failure in qualifying which meant he started last.

He would go on to finish 12th behind Brown, copping a five-second post-race penalty for exceeding track limits.

“Car #11 had a little bit of bad luck of course and he’ll be very, very quick tomorrow but we feel like we have made a gain, which is all that matters.”

The first of two qualifying sessions tomorrow gets underway at 14:30 local time/AEST.