WAU reflects on the strangest day in motorsport

WAU reflects on the strangest day in motorsport 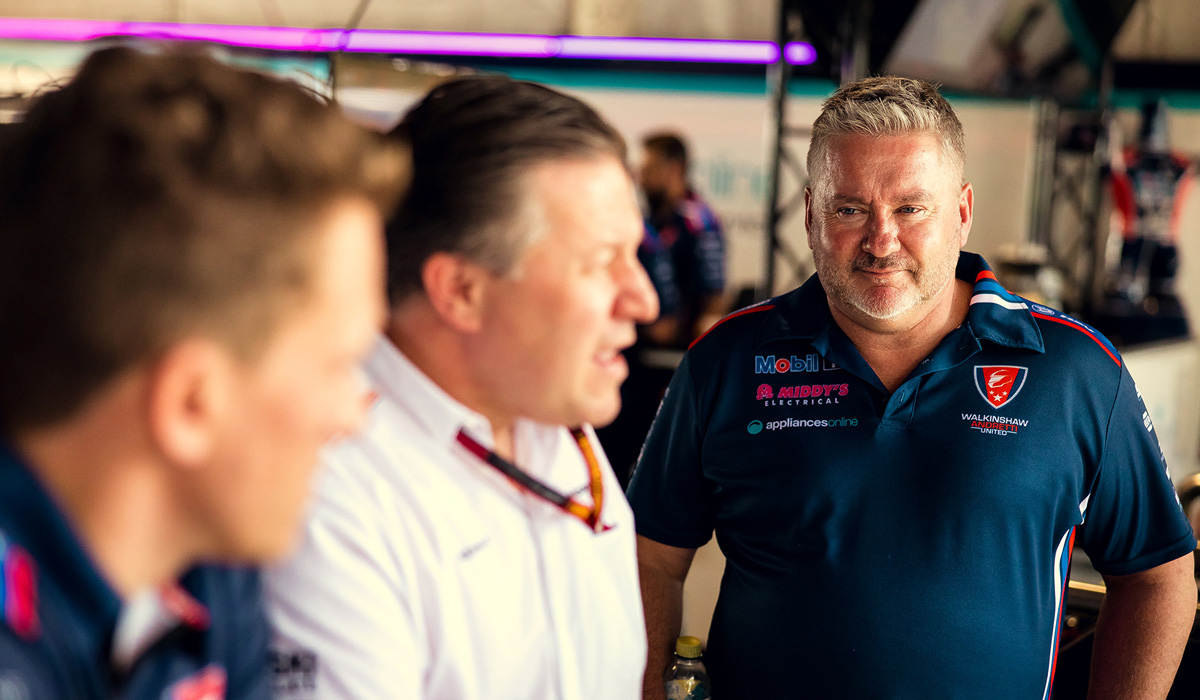 Walkinshaw Andretti United team principal Bruce Stewart has provided insight into a day many in the game will never forget.

It was March, Friday the 13th in fact, and there was an indescribable uncertainty as a cloud of doubt hovered over the 2020 Australian Grand Prix event at which Supercars had already completed two qualifying sessions a day earlier.

The COVID-19 pandemic had infiltrated Australia’s shores and indeed the AGP paddock, and all of a sudden, the country was about to stop in a way no one had experienced in their lifetime.

Shortly before cars were due to hit the track for another two bouts of qualifying, it was game over – with no certainty around what the next step would look like.

“It was an eerie feeling walking in between the pits,” Stewart recalls in Episode 3 of the new Inside Line season, which will air tonight after the Supercars coverage at Sydney Motorsport Park concludes.

“And we had guys from McLaren down in our pits – so we had Zak [Brown] and Tim from McLaren – and then suddenly you’re feeling a little bit alienated.

“People from other teams don’t want to come near you, because you’ve had McLaren guys in your pits and they think you have got some bad case of some kind of halitosis.

“And I don’t mean to joke but it was like, that fear was purveying it throughout the paddock and you get into a mode of, ‘f*** it, I just want to protect our team, I just want to hold everyone back and the team comes first now’.”

Melbourne-based Stewart added how the situation was equally tough from a family point of view.

“Do I think it should have been called off? Well, ultimately I think the right decision was made,” he explained.

“It hurt like f*** though because you had that anticipation, but I know the pressures and the feeling at my house from my wife and kids [being] nervous about me going to the grand prix, and that’s amplified to everyone.”

Among other topics covered in the episode is the infamous border dash that WAU and its fellow Victorian teams made to keep the 2020 Supercars season alive.

Before tonight’s episode, Repco Supercars Championship competitors will engage in battle at the Armor All Sydney SuperNight today, beginning with Practice 1 from 13:55 local time/AEDT.