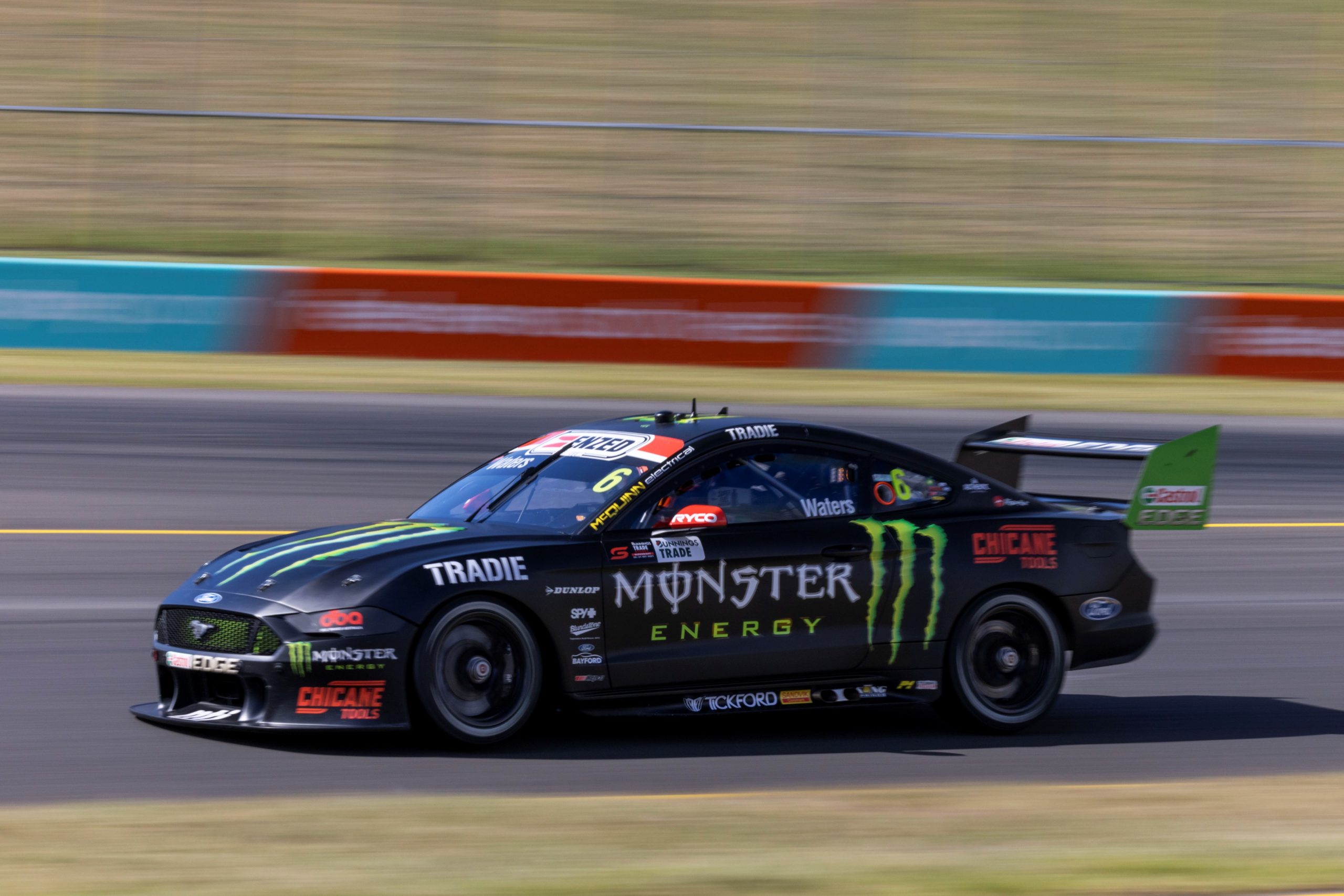 Tickford Racing’s Cameron Waters was upbeat at the end of Qualifying for Race 23 despite having his time scratched for exceeding track limits at Sydney Motorsport Park.

Waters made it through to the final phase of qualifying for the Armor All Sydney SuperNight opener before going out of bounds at Turn 5.

Nevertheless, Waters was happy with how his Monster Energy-backed Ford Mustang was handling, projecting a lap near the top five if not for the mistake.

The turn of form comes after a torrid first weekend at the Sydney circuit where Waters was left lamenting a lack of pace relative to the front-runners.

“We didn’t put any [new] tyres on for that last one, so I don’t know where I would have ended up – maybe sixth or something,” said Waters of Qualifying for Race 23.

“I think Nick [Percat] didn’t run [new] tyres either. It would’ve probably been around there.

“We’ll keep chipping away and we’ll keep closing the gap to the front guys.”

A tyre rule change this weekend made qualifying particularly intense with drivers required to use both hard and soft compounds in each race.

Add to that, drivers have a limited allocation, resulting in some opting for riskier strategies across the three-part qualifying session by using both compounds.

Waters was among those to run four used tyres in the final phase while pole position sitter Brown conserved his allocation in Q1 and Q2, allowing him to run a new set in Q3.

“I don’t personally like it,” said Waters of the tyre allocation.

“It’s a bit of a lottery, but it is what it is. Whoever makes the most of it obviously comes out alright.”

For Waters, bettering his best effort of sixth at last weekend’s event is the primary target.

“If it’s not tonight, it’ll be tomorrow.”

After finishes of 13th, 13th, and sixth at the first of four Sydney events, Waters has fallen to fifth in the drivers’ championship.