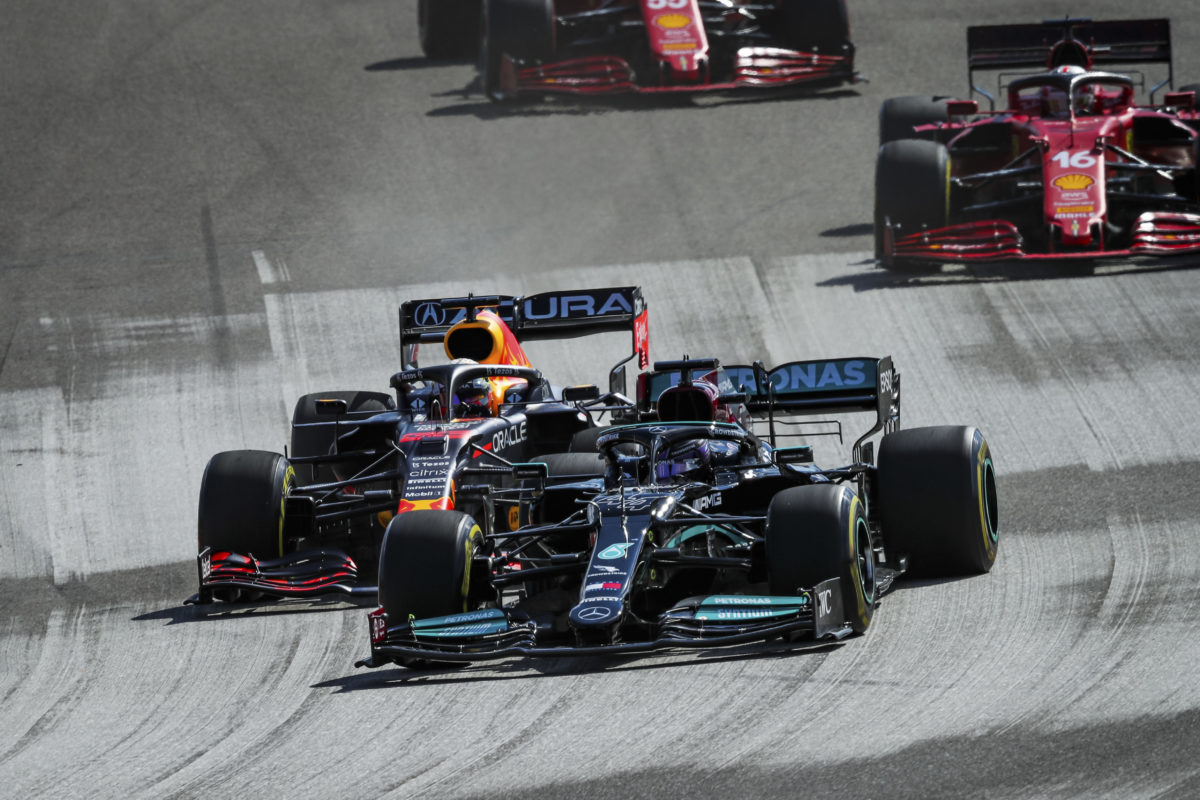 Max Verstappen and Lewis Hamilton have rejected suggestions their battle for the Formula 1 world championship could boil over at the final race.

The duo are split by just 12 points with five races remaining, Mercedes team boss Toto Wolff suggesting in the week that their rivalry could result in contact reminiscent of the feud between Alain Prost and Ayrton Senna.

Hamilton and Verstappen have clashed twice already this season; once on the opening lap of the British Grand Prix, and again mid-race in Italy.

“If it was to come to the scenario of the last race in Abu Dhabi and they were to be racing each other for the title, whoever is in front is absolutely going to try to do the same as in the Senna-Prost years,” Wolff reportedly told the Daily Mail in the days leading into this weekend’s Mexico City Grand Prix.

Asked about the comments, Hamilton quashed suggestions he would adopt such an approach.

“I haven’t read what Toto has said but I highly doubt that he would insinuate that would ever be the case,” the seven-time world champion said heading in Mexico.

“From my perspective, my point of view, I’m here to win in the right way, and that’s through sheer skill and determination and hard work.”

Verstappen was less direct in his response to much the same question.

The Dutchman has previously hit out at the media on the back of the British Grand Prix incident, though was less forthright in his response when asked about his philosophical approach to winning the championship.

“I don’t really think about previous historic fights between two drivers, what they’ve done,” he said.

“That’s the past, and I just focus on what I have to do on track and of course that’s to try and do the best job I can.

“That’s how, at the end of the day, you’re going to win the championship.”

Free Practice 3 takes place at 04:00 AEDT on Sunday morning ahead of qualifying at 07:00 AEDT.