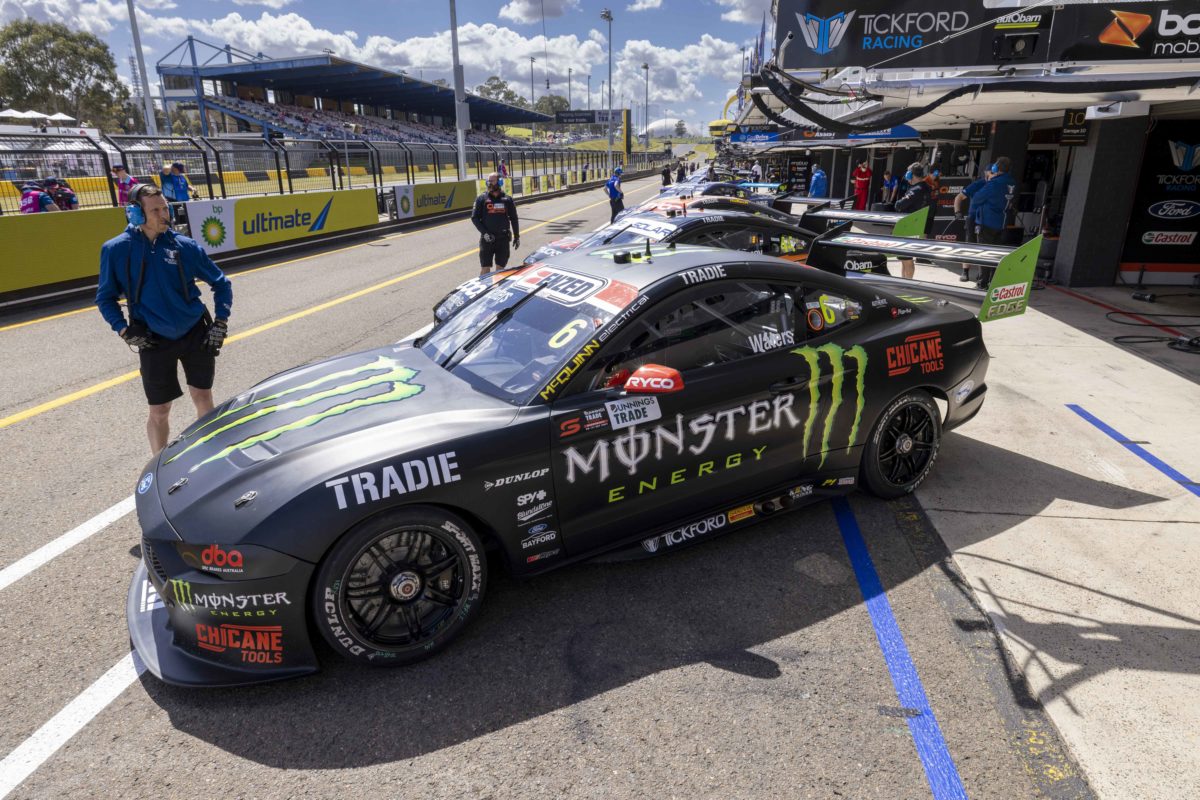 Tickford Racing’s 2022 line-up is reflective of its desire to grow its own talent, says team principal Tim Edwards.

The Campbellfield outfit is back at four full-time entries in next year’s Repco Supercars Championship, with incumbents Cameron Waters and James Courtney joined by Thomas Randle and Jake Kostecki.

Randle is already a contracted Tickford driver this year but is on a wildcard programme, which wraps up this weekend at Sydney Motorsport Park, and enduro duties.

Kostecki comes across from Matt Stone Racing, where he is only completing his first full season of the Supercars Championship this year given his 2020 campaign was in a car shared with Zane Goddard under the ‘SuperLite’ model.

On the other hand, Waters is about to bring up six whole campaigns, with at least two more to come per his recently announced contract renewal, and Courtney has been a regular on the grid since 2006.

Of those four, all but Courtney are or, in the case of Kostecki, will be able to trace the early stages of their career back to Tickford, as are the likes of Mark Winterbottom and Chaz Mostert.

“We’ve tried to mix it up a little bit,” Edwards told Speedcafe.com.

“I suppose you’d call it the youth and experience model.

“You’ve got Cam and JC: Cam, even though he’s only six or seven years into his Supercars journey, he’s now one of the more veteran, experienced drivers, and obviously JC speaks for itself, so we’ve got our very established, experienced drivers in one garage.

“Then in our other garage, we call it our youthful garage.

“Even though Tom Randle’s got a huge amount of motorsport experience, his Supercar journey is only just beginning next year.

“And same with Jake; Jake’s only got, effectively, at this point, a year’s Supercars racing under his belt.

“That’s growing out driver pool for the future. I expect that Cam and JC, as they are at the moment, are going to be our leading competitors.

“Then throughout next year, as the other two learn and get their head around it… They’re even going to be going to tracks, particularly with Thomas, that he’s never even raced in a Supercar at.

“So it was about mixing it up and not just having four established drivers so they’re all equal. It’s about a good youth and experience mix.

“You’ve got to grow your own talent,” he added.

“There’s not a huge gene pool of drivers in this country, and we’ve done that for years.

“We started Cam Waters’ Supercars career, we brought Chaz into the main series… so that’s the way we’ve sort of operated for years.”

Tickford being a team of more than two cars does have some scope for shuffling its drivers such that it may have different combinations sharing a garage and pit boom from year to year.

That does have sporting implications in terms of the teams’ championship, in which three-car teams are split on a two-plus-one basis and four-car operations as a two-plus-two, as well as scope/impact of stacking in the lane.

For Tickford, however, considerations include the commercial, as well as the existing Waters-Courtney dynamic in one of its garages.

Beyond that, the squad will function as a quartet anyway.

“They worked so well together this year,” said Edwards of Waters and Courtney.

“They bounce off each other, but in effect, it’s only really where they’re doing the pit stop.

“Our four engineers work together – they’re all talking to each other via the intercom – and as soon as they [the drivers] get out of the car, they’re all in the truck debriefing together.

“So, whilst they don’t pit together and share a pit box, in effect all four drivers are working together anyway.”

The Supercars Championship resumes today with the Armor All Sydney SuperSprint, for which practice begins at 13:55 local time/AEDT.