Ricciardo to lean on Norris after gearbox issue

Ricciardo to lean on Norris after gearbox issue 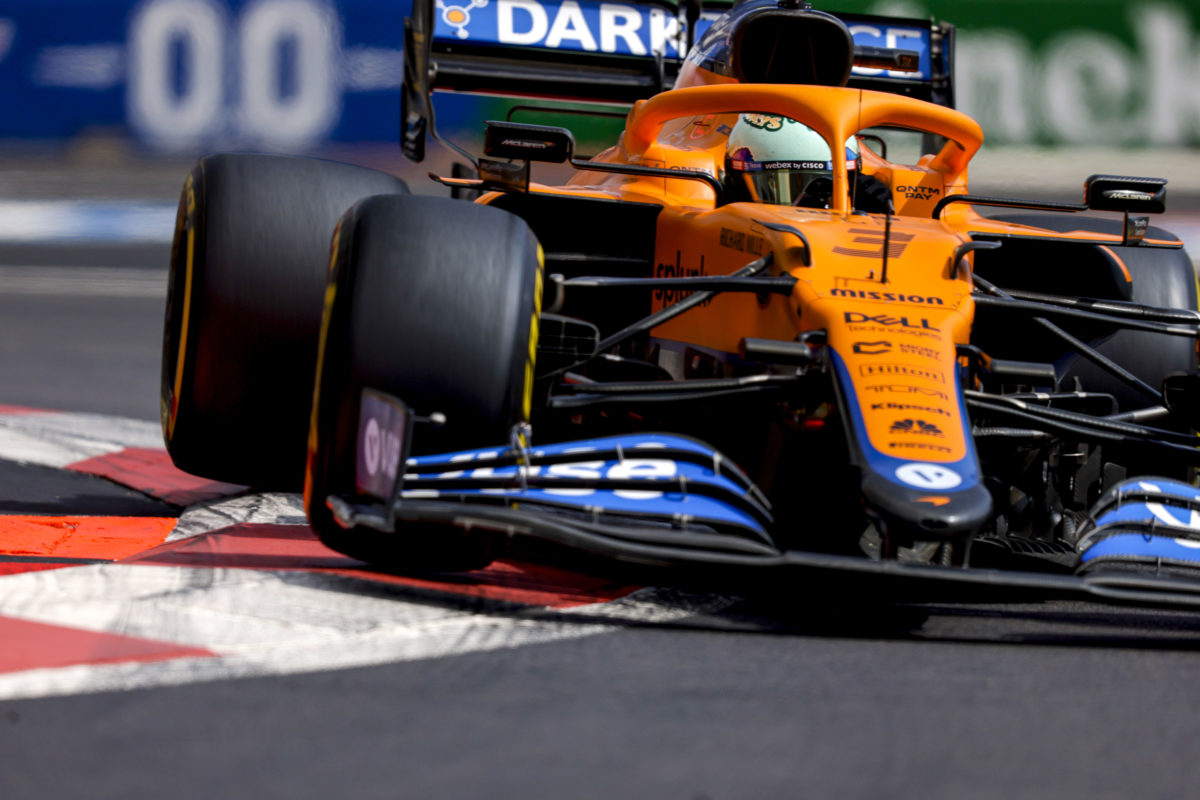 Daniel Ricciardo will lean on the data gathered by Lando Norris during Friday’s running at the Formula 1 Mexico City Grand Prix.

Ricciardo’s second practice session was cut short when the team discovered a problem in the gearbox fitted to the Australian’s MCL35M.

It was enough to rule him out of much of Free Practice 2, with just seven laps to his name and none on the soft compound tyre.

Crucially, as it was not his race gearbox, Ricciardo will not take a grid penalty for the issue.

“Unfortunately, we didn’t really get much done this afternoon,” he admitted.

“We had an issue in FP2, so we only completed the hard [tyre] run.

“These things happen, and we’ll just have to get into it tomorrow. We don’t have any time to waste so we’ll get amongst it.

“We’ve got a few challenges ahead but we’ll be alright. We got enough information from Lando today to be able to pick it up tomorrow.”

McLaren didn’t show its hand in the opening two sessions of the weekend, Norris’ 1:18.979s the best McLaren lap of the day but still only good enough for 12th in Practice 2.

“A difficult day as we struggled with the balance and the overall grip level,” said Norris.

“I think we’ve found some positives between FP1 and FP2. We can be confident we’re going to make some improvements into tomorrow and find a bit more lap time.

“It’s not easy, so we’ll work hard overnight and see what we can find.”

The day left Andrea Stella, the team’s executive director of racing, to concede it has work to do if it hopes to be competitive this weekend.

“Today’s practice sessions showed us what we expected to see here in Mexico City,” he began.

“The altitude pushes us to tune several aspects of our set-up to cope with the cooling requirements and low downforce levels that are a feature of racing on this circuit.

“What we weren’t expecting was the need to curtail Daniel’s afternoon session.

“We stopped him early after seeing some markers in the data, related to his gearbox, that we thought prudent to explore.

“This leaves us with work to do to ensure we are competitive in qualifying and the race,” he added.

“It seems very tight this weekend with Ferrari and AlphaTauri in good shape – but we know what we have to do to meet our objectives over the next two days.”

McLaren holds a 3.5-point advantage over Ferrari in the constructors’ championship.

Cars are next on track for Free Practice 3 at 04:00 AEDT Sunday morning.