Red Bull boss hopes title not resolved in the gravel

Red Bull boss hopes title not resolved in the gravel 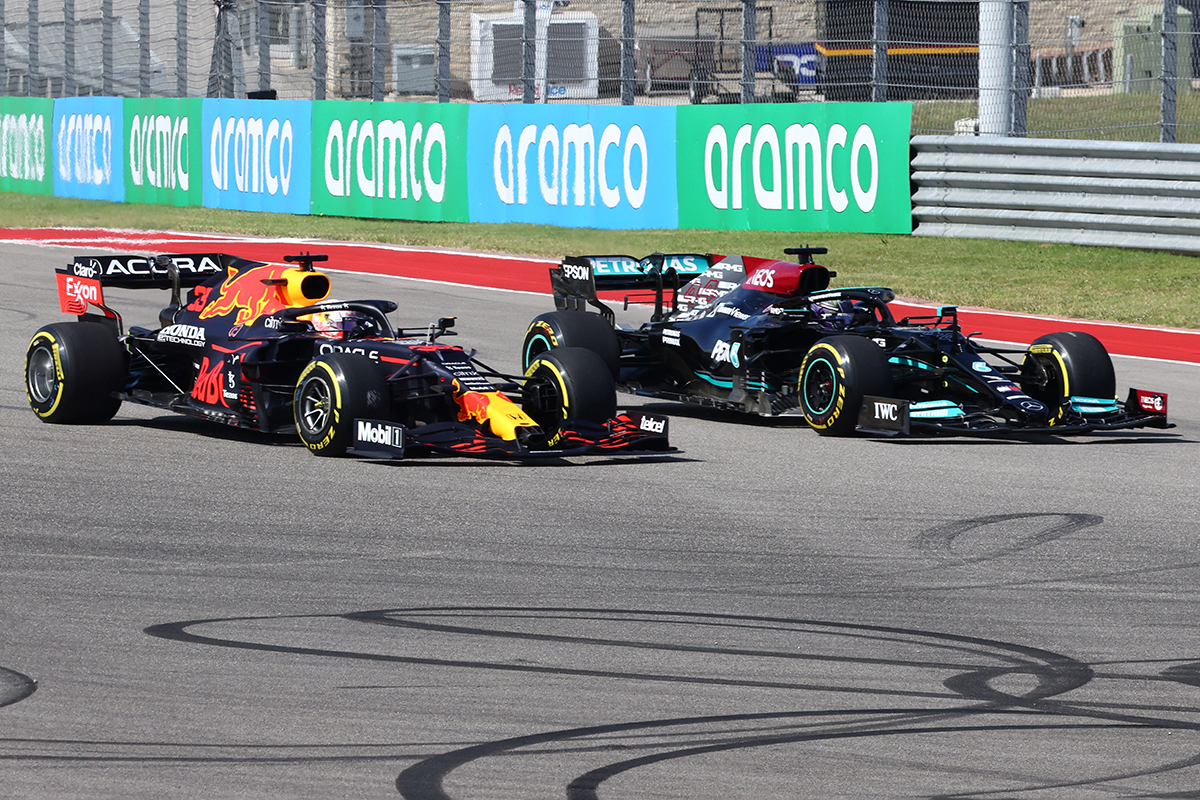 Christian Horner hopes the battle for this year’s Formula 1 world championship will be resolved on track, and not in a gravel trap.

His comments come in the wake of suggestions from Mercedes team principal Toto Wolff in the British press suggesting Max Verstappen and Lewis Hamilton could tangle at the season finale.

The pair are split by 12 points, in favour of the Red Bull driver, with five races remaining.

They’ve clashed twice already this season, at the British and Italian Grands Prix, with the points battle looking set to go to the wire.

For Hamilton, success would mark a record-setting eighth world championship, while it would be a maiden title for Verstappen, and Red Bull’s first since 2013.

Speaking ahead of the on-track action beginning in Mexico this weekend, the pair tried to distance themselves from suggestions their battle could end in an on-track altercation, a view reiterated by Red Bull boss Horner.

“I was disappointed to read the comments that, you know, that was being condoned,” he said of the Wolff interview.

“We wouldn’t want to win a championship through a collision between the drivers, there’s been enough of those this year already.

“I think what we saw in Austin was a great fight between two drivers very much at the top of their game, and a few more races like Austin between now and the end of the year, I think the biggest winner will be Formula 1.

“Nobody wants to see a championship decided in a gravel trap.”

Having chalked up 41 wins during that period, it recorded just 17 more to the end of 2020.

Thus far in 2021 it has added a further nine to its tally.

Mercedes has won six, though it has dominated the current turbo-hybrid era with 108 wins from the 160 races held since it was introduced in 2014.

“Toto, you know, he likes to throw in a comment here or there,” Horner said.

“He’s got a lot at stake: he’s going for an eighth world championship with his driver, we’re going for a first with Max.

“Formula 1 is a competition and, as the pressure builds, you see people react to pressure in different ways.

“We’re at the business end of that championship now, so you can feel the tension. And that will only grow the longer this goes on.

“We’ve been fighting to get into this position to take the fight to Mercedes for seven long seasons now,” he added.

“And, of course, we’ve got ourselves into a competitive position, we want to make sure that we do our very, very best to convert this between now and the end of the year.

“It will be by far our biggest achievement in Formula 1 if we manage to do that in either of the of the championships.

“Equally, if you don’t convert it, how much will it hurt? Yeah, of course, losing hurts. If it doesn’t hurt, go and do something else.

“We’ve had a phenomenal year so far – nine race wins, however many podiums, I think 17 podiums, some great wins along the way – but it’s where you finish at the end of the year that really counts.”

While Verstappen tops the drivers’ standings, Red Bull trails Mercedes in the constructors’ championship by 23 points, having clawed back 13 at the United States Grand Prix last time out.