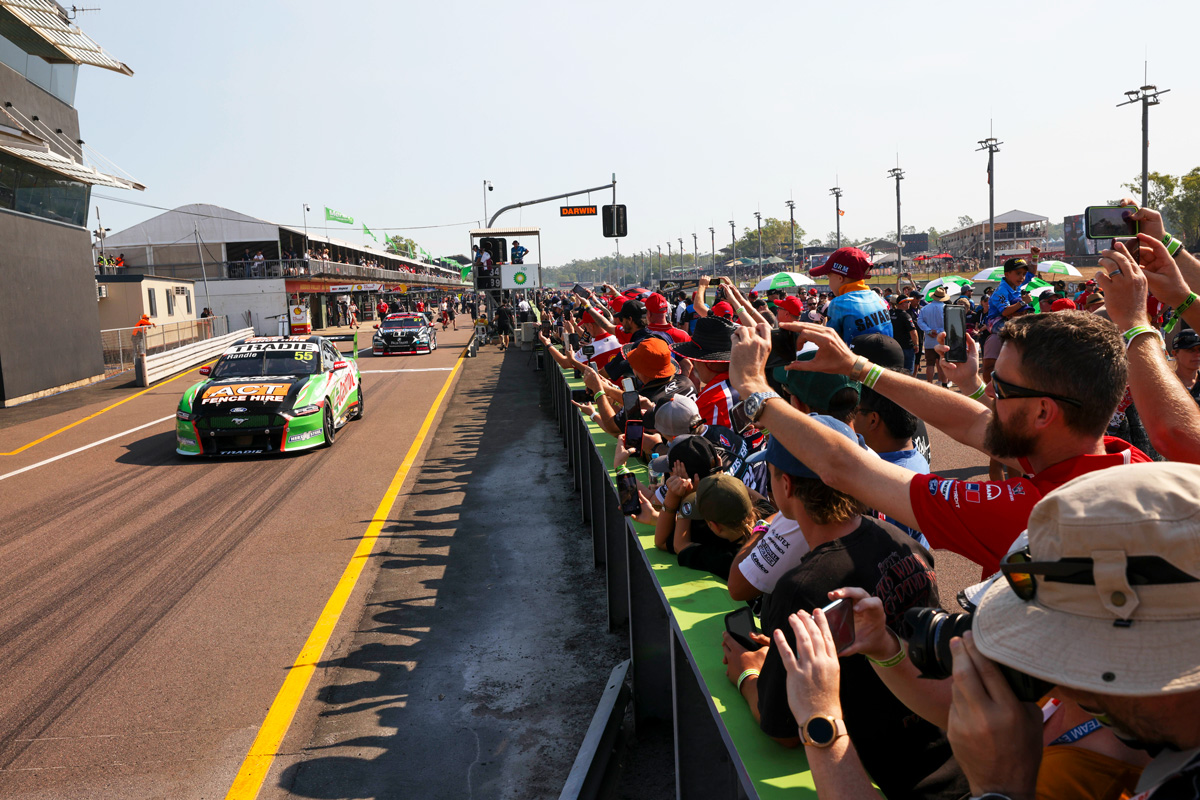 Motorsport Australia CEO Eugene Arocca says the sale of Supercars and sheer interest from prospective buyers shows the category is in good health.

Last week it was confirmed Supercars had been sold to the RACE (Racing Australia Consolidated Enterprises Ltd) consortium.

Earlier this year, private equity firm Archer Capital ramped up efforts to sell its majority share in the business.

Ironically, it was Miles Advisory Partners, who initially brokered the deal to sell Supercars to Archer Capital, that was tasked with the most recent sale.

Out of the woodwork came several high profile prospective buyers, including Sam Shahin of The Bend Motorsport Park and News Corp via the Brisbane Broncos.

The other bid, which went on to win, saw Nettlefold combine his effort with the Australian Racing Group (who had previously been a rival contender), while Henslow joined late in the piece as part of a capital raising venture.

All told, Arocca said the heightened interest from so many parties shows why Supercars is Australia’s highest-profile category.

“It really speaks to the power of that brand, to sell an events business – if you want to call it that – when a pandemic has been rife,” Arocca told Speedcafe.com.

“It’s been able to hold its own. If you rewind back to April, May, June last year when most of the country was in the dumps, Supercars found a way first with eSports. Then they found a way in making events happen against the odds.

“I can say that working with Supercars back in April 2020, we had a Return to Race plan, put together cooperatively that was able to open doors at government level and allow that brand and that part of our sport to continue.

“I really think it’s a very good observation, that on the back of a pandemic that’s still going in some form or other, Supercars has been able to stand bright and very, very shiny, to prospective purchasers who see the value.

“You know that there’s been some competition, we’ve heard of some of the other protagonists involved. That really speaks volumes for two things: one is the motorsport industry in this country, which is big, and secondly, how important Supercars is to that industry.

“We’ve got an announcement in the next couple of weeks around the economic power of motorsport. We’ve commissioned a new report from Ernst & Young and we’re very excited about what that tells us about our sport, even after the automobile industry packed up in 2016.

“It speaks volumes to the power of our sport and the investors in the Supercars brand. We’ll be very encouraged by the figures that will come out in that report in the next two weeks.” The Sydney SuperNight in 2018 signalled a new era for Supercars. Picture: Mark Horsburgh

Prior to the COVID-19 pandemic, Arocca said Motorsport Australia had enjoyed a 40 percent increase between 2013 and 2019 in licenced competitors.

Ultimately, the category’s visibility and success impacts a myriad of things.

“It’s the most important part of our sport that is visible to the public, to sponsors, to government, to TV, to commercial stakeholders, and it sits above an iceberg,” Arocca explained.

“It’s got 98 to 99 per cent of amateur sport that is represented through 3000 events per annum, 10,000 officials, 27,500 licenced competitors, 90-odd tracks around the country, but it is the top of the pyramid that generates training for officials and sponsorship engagement, which then feeds down into the sport, right down to grassroots.

“So for us, it is the element of our sport that is most visible, but drives a lot of what we do with Motorsport Australia.

“There’s going to be a conga line of sports lining up with government support and government money and sponsorship is going to be as competitive as ever, but I really think it speaks very loudly to have this brand positioned to give everyone confidence both in the industry and in Supercars as a premier product, not just nationally, but also internationally.”

It’s expected the consortium will take hold of Supercars by the end of the year.