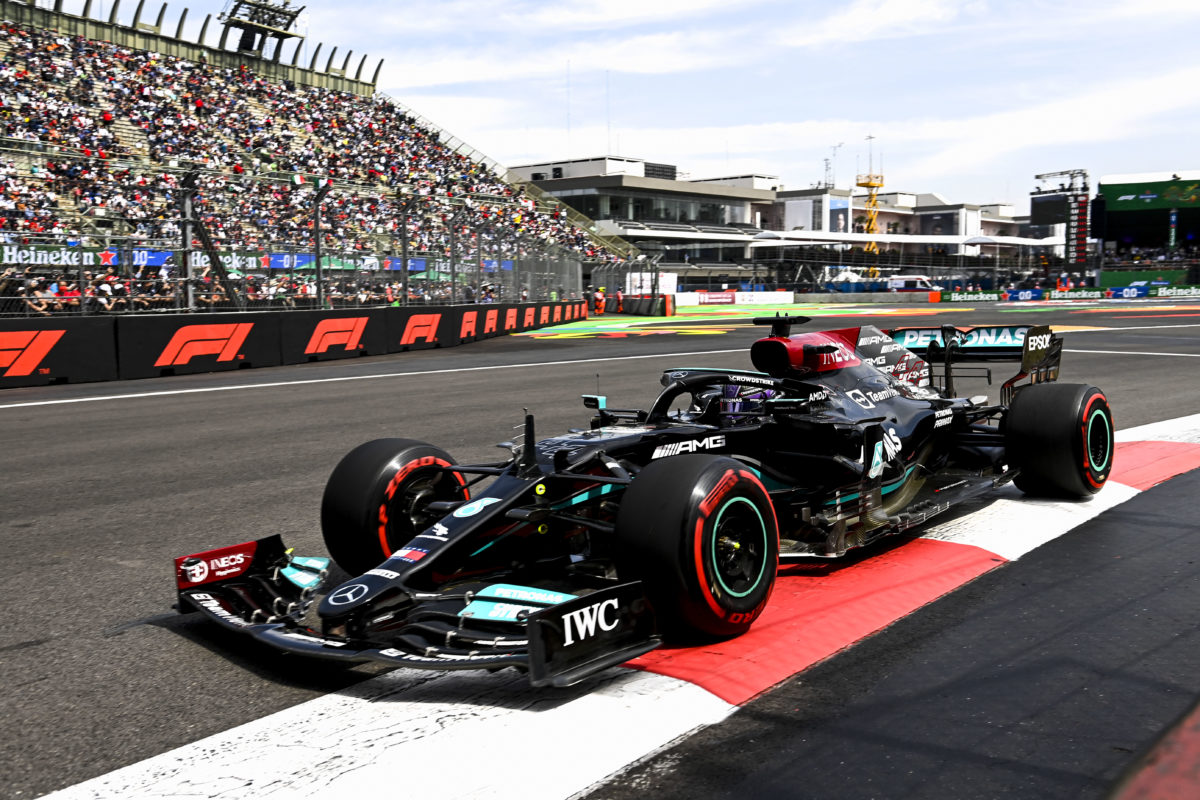 The Mercedes drivers were second and third fastest in Free Practice 2, the pair visibly struggling for balance in comparison to title leader Max Verstappen.

Hamilton’s best of 1:17.810s came midway through the 60-minute session as teams focused on qualifying simulations.

While that effort was more than half a second off the pace of Verstappen, a second effort from Mercedes team-mate Bottas offered a glimmer of hope.

The Finn banked a 1:17.725s on scrubbed tyres, and while still slower than the leading Red Bull it offered a more straightforward explanation for the deficit.

Armed with that knowledge, and a set-up tweak overnight, and it looks set to remain tight between Hamilton and Verstappen.

“The car’s generally feeling okay and we’ve not had any major issues today – we’re giving it everything we’ve got and Red Bull are just a bit quicker than us right now,” Hamilton said.

“We’ve been chipping away at the set-up and trying to improve it, but you can see we are lacking a bit of overall downforce here and that shows in the lap times.”

Early running in Mexico was difficult, as a dusty circuit afforded little grip.

It was only after the track was swept between sessions, and more rubber laid down, that times dropped in line with those seen when F1 last visited the venue in 2019.

“It’s clear there is a bit of time to find to Max on the single lap but we’ve got a few balance issues to fix so hopefully we can close that gap a little,” conceded Andrew Shovlin, Mercedes’ trackside engineering director.

“The long run picture is a bit tricky because we were on different tyres to our competition but the balance is reasonable and the hard tyre seemed to be working nicely.

“We didn’t come here expecting it to be easy and there is clearly a bit that we need to work on but compared to some of our Mexico Fridays, we’ve got off to a decent start.”

Bottas too was left looking for balance, though was broadly happy with the basics on his W12.

“It was a tricky start to the day with low-grip conditions and the dusty track,” he explained.

“This made it hard to get a proper read on the car but nevertheless, it felt not too far off how it should be, and that mean we could fine-tune things for FP2.

“This afternoon, the car felt okay but there’s still time we need to find because Red Bull look quick.

“They seem faster than us right now, and they showed strong pace on the soft tyre on a single lap, so we need to find more time if we want to fight for pole.”