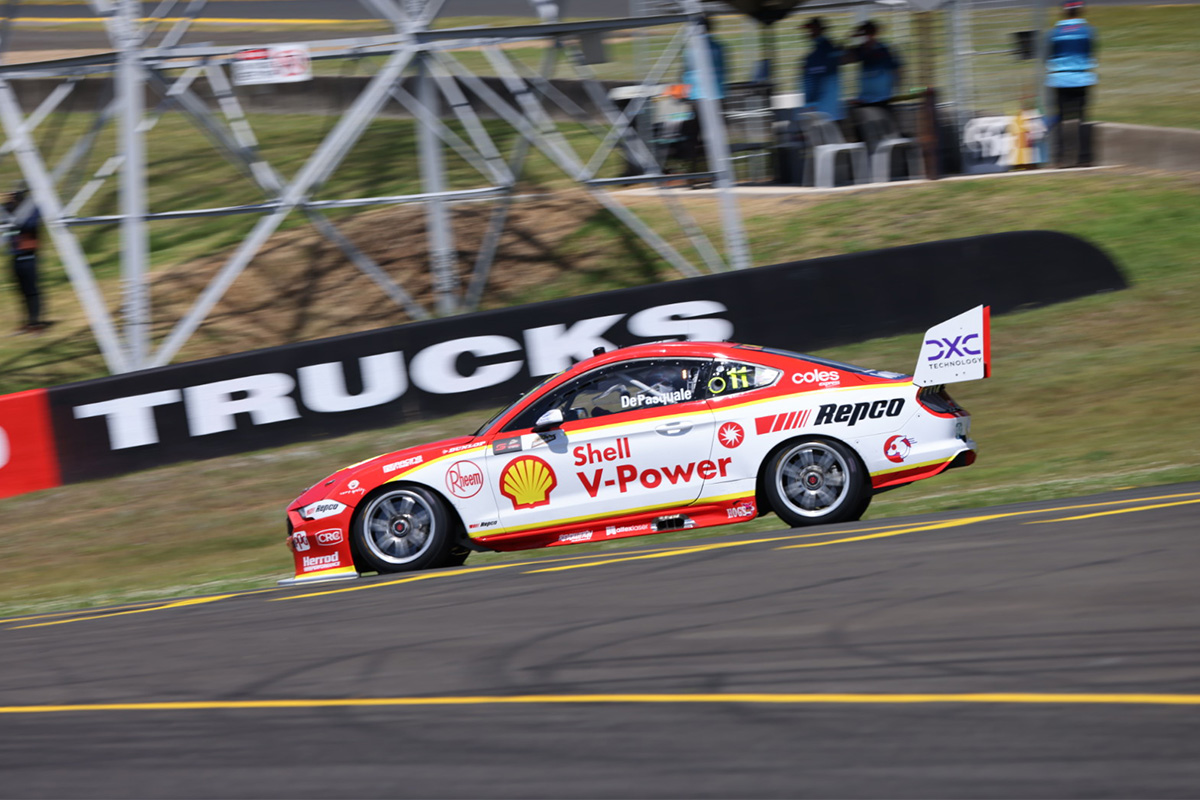 Anton De Pasquale has gone six tenths faster than the field in opening practice for Supercars’ Armor All Sydney SuperNight.

The Shell V-Power Racing Team driver clocked a 1:29.8808s during the late-session qualifying simulations, with Erebus Motorsport’s Will Brown ending up second-fastest in the #9 Shaw and Partners ZB Commodore.

Despite both the soft and hard compound tyres needing to be used in each of this weekend’s three races, computer timing showed all 26 drivers in the Repco Supercars Championship field circulating on softs throughout, save for Chaz Mostert roading wets on an installation run.

Under a sunny Western Sydney sky, De Pasquale (#11 Mustang) set a 1:30.5844s on his first flyer and that would be the fastest lap time for much of the hit-out.

The stoppage was triggered by Team Sydney’s #19 Local Legends ZB Commodore, with Fabian Coulthard pulling off to the side of Turn 4 with an engine issue.

After almost six minutes, the green flag was flown again, although there was still no advance on the benchmark lap time until the final three minutes.

“Very different track to what we rolled out [on] last week, a second-and-a-half slower straight up, but it feels okay,” said De Pasquale.

“We made a couple of little changes to our piece, just fine-tuning it, but it’s still in that same sort of window that we rolled out here a week ago. So, so far so good.

As was the case on a number of occasions during the preceding weekend, both Dick Johnson Racing cars and both Erebus cars were prominent.

However, Tickford Racing’s Jack Le Brocq would beat both with a 1:30.5641s in the #5 Truck Assist Mustang.

Whincup was first of the Triple Eight Race Engineering duo courtesy of a 1:30.8012s which left him eighth on the timesheet.

It appeared that his car underwent tweaks during the session and van Gisbergen’s #97 ZB Commodore reportedly had springs and shocks changed on all four corners at one point.

Thomas Randle (#55 Castrol Mustang) was first of the two wildcards in 20th, while Luke Youlden propped up the 26-car timesheet in the #26 Penrite Mustang vacated by David Reynolds.