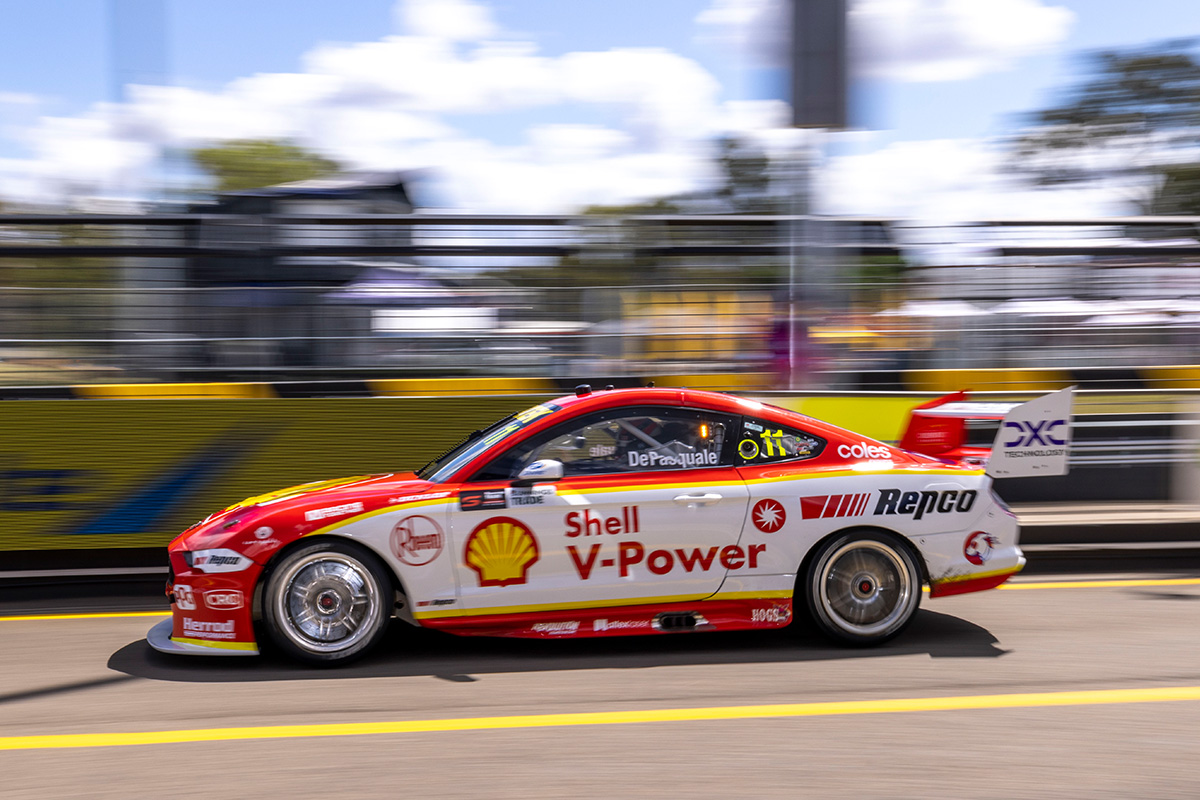 Under patchy cloud, Percat was fastest early with a 1:30.6453s in the #8 R&J Batteries ZB Commodore, before De Pasquale reclaimed the ascendancy with a 1:30.3661s once he had completed a flyer.

The two Triple Eight Race Engineering drivers reportedly both refrained from taking new tyres in the earlier session, but were competitive in the second hit-out.

Those times went unbeaten for more than a quarter of an hour, until Brodie Kostecki drove the #99 Boost Mobile ZB Commodore to a 1:30.0021s to move into second spot.

De Pasquale set his 1:29.6847s just before the chequered flag and Percat clocked a 1:30.0785s just after to put Car #8 fourth, behind van Gisbergen and Brodie Kostecki.

Said van Gisbergen about whether or not his car had got better, “Quite a lot but we don’t really know.

“It’s not qualifying yet, you don’t know if they are fully up it but it feels promising; you just don’t know.

“The wind changed then; that’s why we were all going off at Turn 1.

“It was quite difficult, but the car feels quite good but who knows?

“We’ll see what happens in quali. We don’t have enough tyres [ie Only three sets of soft tyres in the allocation], everyone has got the same problem, it’s going to be really interesting.”

There was finally some running on the hard compound of tyre which must be used along with the soft in each of this weekend’s three races.

At Team 18, Pye’s eighth and Mark Winterbottom’s 17th in the #18 Irwin Tools ZB Commodore were notable given both lost considerable time at the start of the session.

Winterbottom had suffered a power steering drama in the first session of the day, requiring a rack change that continued through the short turnaround between sessions, and there were suggestions that Pye might have had a similar issue.

Both were also among a number of drivers who kicked up dirt when they strayed beyond the edge of the exit kerb at Moffat Corner (Turn 1), as van Gisbergen alluded to, including a wild, early moment for Mostert.

Qualifying for Race 23, a three-part knockout session, gets underway from 17:10 local time/AEDT.