Davison hits out at SVG: ‘I don’t know what his problem is’

Davison hits out at SVG: ‘I don’t know what his problem is’ 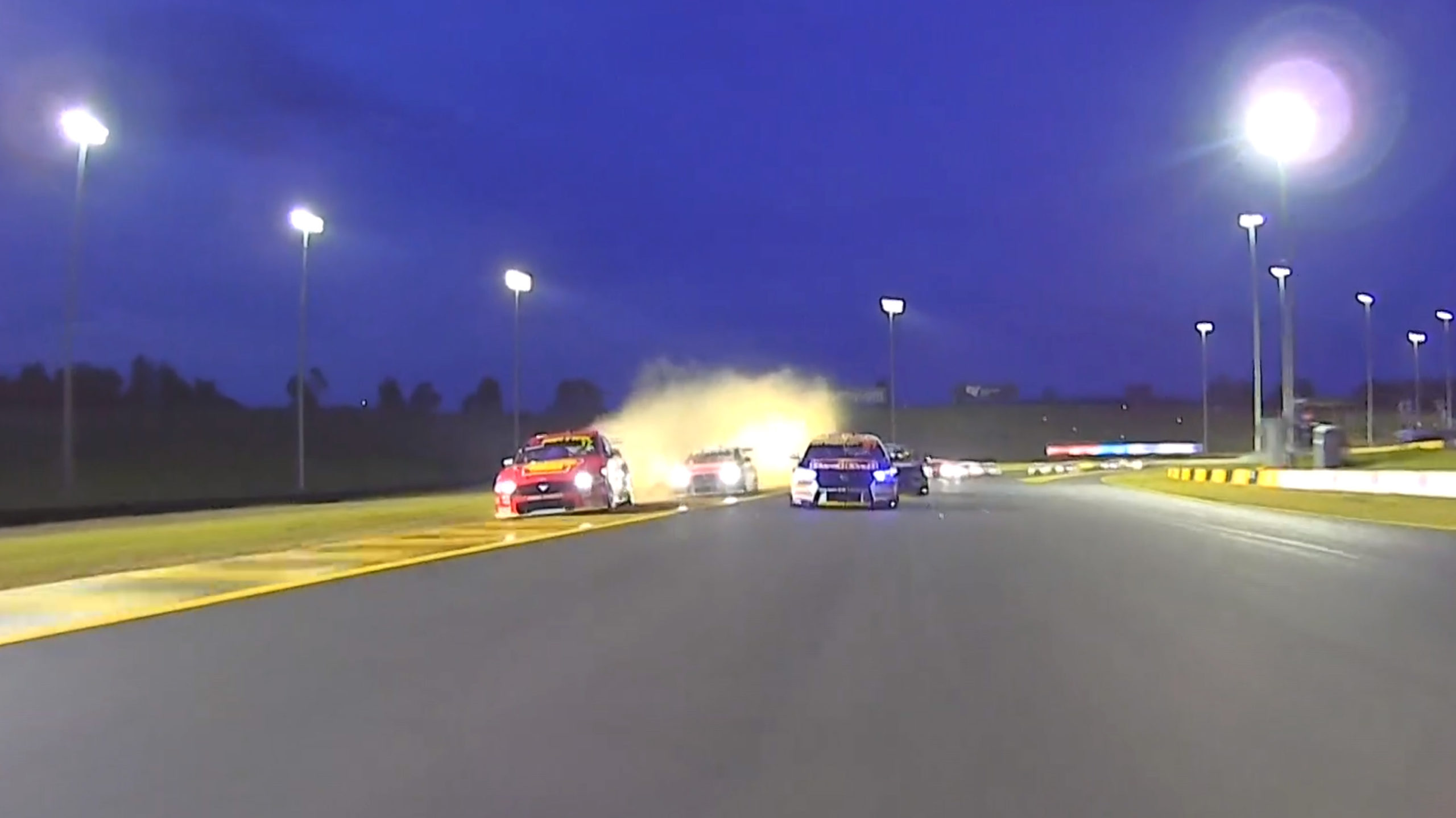 Will Davison in the dirt at Turn 1. Picture: Fox Sports

Van Gisbergen and Davison, who started third and fourth respectively, ran side-by-side through Turn 1 on the opening lap of Race 23 when they made contact.

That resulted in the Dick Johnson Racing driver running over the extended ripple strip out of Turn 1 and dropping two wheels off the road.

Davison would go on to recover to third while van Gisbergen dominated proceedings, winning by a whopping 17 seconds over team-mate Jamie Whincup.

Speaking after Race 23, the 2016 Bathurst 1000 winner said the incident followed another altercation in practice earlier in the day.

“Well, a bit of an ordinary opening stint,” Davison remarked.

“I tried to go two-wide with Shane through [Turn] 1. I don’t know what his problem is with me, but he tried to screw me in practice this morning. Just had me off out of [Turn] 1. Bit weird.”

Asked whether he would speak with van Gisbergen after the race, Davison replied bluntly, “Ah, nah, no point with him.”

The two Triple Eight Race Engineering team-mates shook hands on the podium, as did Whincup and Davison, but van Gisbergen and Davison did not.

For Davison, it marked his 10th podium in this year’s Repco Supercars Championship.

The 39-year-old still sits third in the drivers’ championship but conceded he wasn’t quick enough to match the leading pair.

In fact, he spent the back end of the race fending off R&J Batteries-backed Brad Jones Racing driver Nick Percat for the final place on the podium.

“That wasn’t my excuse,” he said of the van Gisbergen incident in relation to his pace.

“I wasn’t quick enough early on the hard tyres. We went aggressive. Thanks to the team for a great stop and for the aggressive strategy. We backed ourselves and it was not easy.

“That was really, really hard work. Well done to Nick. He raced hard but fair.

“I was stressing a bit, particularly early on. I was thinking back to behind Shane last weekend and I knew you weather your storm and five, six laps the front tyres start going.

“He [Percat] had such a rear tyre advantage, I couldn’t get rid of him.

“I got a warning of track limits out of Turn 5, so I had used all my lives up in the first stint there, so I had to be really careful. He was very strong there.

“I wanted to give the team a trophy, they deserve it. Really tough luck for Anton [De Pasquale] this morning, but we’re getting there.

“I wasn’t quick enough then, but I really fought hard and got a trophy and no doubt we’ll be back swinging tomorrow.”

Dick Johnson Racing team-mate De Pasquale had a day worth forgetting after a transaxle failure before qualifying meant he started Race 23 from last.

The #11 Ford Mustang pilot would recover to 11th, although a post-race five-second penalty would drop him to 12th.